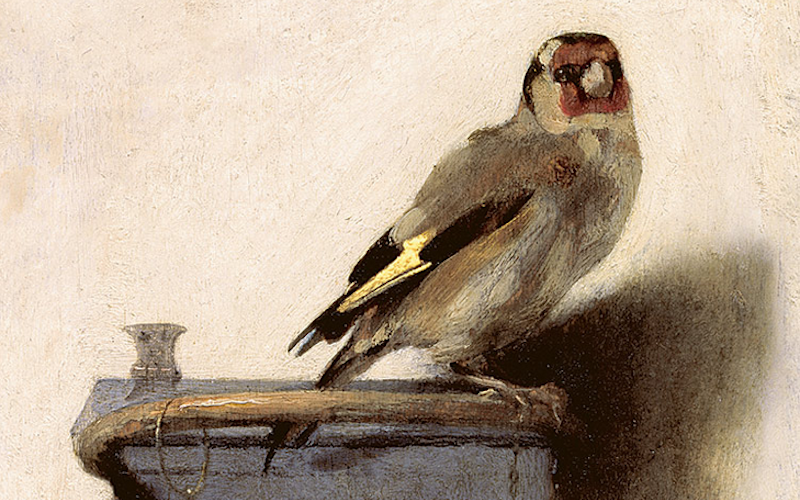 What’s the thinking behind putting a picture in a novel? I don’t mean an illustration. I mean a piece of art; and I mean actually in a novel, placed into the world of the story, carefully slipped into the lives of the characters like a bill tucked into a wallet.

Often, a piece of art in fiction is an object of yearning; a thing that one person has and another wants, which thus puts into motion a whole clanking apparatus of fictional machinery. A picture can be the MacGuffin that makes a novel go, but that doesn’t mean the picture is merely a token. The most convincing yearning is also, after all, the most specific. Thus, it isn’t enough to say that the plot of Donna Tartt’s The Goldfinch revolves around the accidental theft of a priceless painting. The painting is specific, a real picture: Carel Fabritius’s The Goldfinch, painted in 1654.

In the novel, the little picture sets in motion a global crime caper, but it only does so because of what it means to young Theodore Decker, who when he looks at the painting, feel like he is witnesses to “a sunstruck instant that existed now and forever.” Theo’s identification with the painting links to his desire to preserve the memory of his mother, with the clear, finely-rendered image speaking to him of solace to found in art and in the close observation of world. The situation of the depicted bird, however, is also reminiscent of Theo’s predicament as he tries to escape the trauma of the bombing that killed his mother. The depicted bird is chained to its perch, “forced always to land in the same hopeless place.”

In fact, choosing a piece of art to put into a work of fiction is a lot like buying a piece of art. The novelist must consider their taste, the impression they want the work to project, the setting in which they are seeking to display it.

The right picture speaks doubly: of the themes of the novel, and also of the reality of that novel (giving that sense of authentic detail that to, borrow the words of James Wood, “centers our attention with its concretion”). A well-chosen piece of art doesn’t just decorate a fictional room, but it lets us see the characters around it better. In Bret Easton Ellis’ American Psycho, the protagonist Patrick Bateman is proud of the David Onica painting that he owns, and the picture seems just the thing that Bateman would like, glossy and brash in the way of the character himself. Also, as a former girlfriend of Bateman’s points out, it is hung upside down: evidence of the overreach, pretension and precarity of Bateman’s lifestyle.

All detail in fiction needs to be carefully chosen, of course, but artworks stand out because they are so rich in detail. They carry their own philosophies, equally co-opted and misunderstood by the characters who possess them. In Don DeLillo’s Cosmopolis, rogue currency trader Eric Packer salivates at the idea of buying the Rothko chapel, and contemplates his love of paintings that “that his guests did not know how to look at.” Abstract art seems to be a flattering reflection of Packer’s own unfathomably abstract financial trades and his overarching plan to master markets and so gain control of “the digital imperative that defined every breath of the planet’s living billions.”

Sometimes, fitting a masterpiece into a novel can feel like trying to get a mattress into hatchback.

Yet Packer’s certainty that he understands art as others don’t is also symptomatic of his fatal weakness. He is murdered by a disgruntled ex-employee Benno Levin, who chides him for his inability to see beyond himself and to appreciate the limits of his understanding. He thinks he has an affinity for art, but he is actually too programmatic, too literal-minded. He doesn’t realize, Levin observes, how much cannot be assimilated into a pattern. He fails to attend to “the misshape,” and to actors like Levin who arrive from outside his frame of reference.

DeLillo is particularly good at making art speak within his books. The two indelible images of his masterpiece Underworld are the baseball game that begins the novel, and the giant landscape art project “Long Tall Sally,” created by the character Klara Sax. This invented piece is formed of decommissioned B52 bombers, relics of the cold war, colorfully re-painted and laid out in rows in the dessert. The work seems to encapsulate the historical progression of the novel: from the ominous-yet-comprehensible order of the cold war to the eerie pax Americana of the end of the USSR, and the garish, disorienting triumph of global capital.

The artwork speaks to the uneasy nostalgia of Klara Sax and the novel’s other main character, Nick Shay, yet it also seems to quietly talk over the characters’ heads, conveying a message from writer to reader. When Klara ruminates on her project of “transforming and absorbing junk,” she frames her work as an attempt to find meaning in the conclusion of the cold war and the end of the 20th century. These reflections seem to resonate with DeLillo’s own concerns, and the methods by which his work takes in and repurposes the junked commercial language of the post-war era. The piece of land art is within the novel and emblematic of the novel at the same time.

This brings us to what is perhaps greatest quandary of depicting artwork: how to fit it into the novel. The aim is for the work to compliment the book, not to diminish it. Neither reader not writer wants to feel that a piece of art is more interesting than the story in which it is contained, and so the writer is faced with the challenge of doing the work they have chosen (or invented) justice. Sometimes, fitting a masterpiece into a novel can feel like trying to get a mattress into hatchback.

Donna Tartt reflects in The Goldfinch, that it’s possible to “look at a picture for a second and think of it all your life.” But how does one write about a thing like that? Maybe the key not to seek to capture the work on the page, but merely to gesture towards it. Ali Smith’s How to be Both tries not absorb the frescos of Francesco del Cossa but works to extrapolate beyond them. Rather than attempting to sum up the charge of a great artwork, the novel imagines the lives of two people connected to the piece: George, a sixteen-year-old girl in 21st century Cambridge, who visits the frescos with her mother, and Francesco del Cossa, reconceived with dazzling, gender-confounding flair by Smith.

Smith’s book, in fact, feels like a perfect symbol of the way in which the work of a visual artist may be co-opted to assist the work of the novelist. It models not an acquisitive approach to art (in the way of Eric Packer), but a story that builds forwards from del Cossa’s genius. The effect is reminiscent of the idea of “borrowed scenery,” utilized in Chinese and Japanese garden design. This concept describes the way in which a garden can be planned to integrate with the landscape around it. A line of foliage, for instance, may be laid out to blend with a wooded hillside in the far distance. In a garden designed with such principals in mind it is difficult to work out where the garden ends and where the land beyond begins. The vista simply presents itself as seamless, endless. In a similar way, Smith sketches her narrative in the shade of del Cossa’s artistic achievement.

It is the ultimate cliché to assert that each picture is its own story, but this cliché is unquestionably true. Great artworks tell their own stories. They need not be contained in books, but used well they give fullness to a piece of fiction, indicating the wonders of the world beyond, obscuring the boundary between fictional reality and our own.

I was thinking along these lines as wrote my novel Hammer, which features (among many paintings) works by Kazimir Malevich. Malevich’s pictures are especially difficult to describe. The artist wrote extensively on his own painting philosophy, though without great success in communicating his ideas. Ivan Kluin, Malevich’s friend and contemporary, complained of Malevich’s idea of art that, “he could not explain it; and when he tried to explain it, his explanation sounded like mysticism.” Malevich was not insensitive to these expository difficulties, and his most persuasive assertion regarding his work is arguably a dismissal of context. Malevich once claimed that, “art doesn’t need us, and it never did.”

All this talking about pictures is not what’s crucial, he seemed to be saying. What is important is the painting itself, its independent existence, divorced from our interpretations and comparisons. I tried to take this quotation to heart as I wrote about Malevich’s pictures. I didn’t strain to break them down or to encapsulate all of the artist’s ideas in my novel. Instead I tried to write in reflection, to imagine the ways that my characters would react when bought face-to-face with the potent mysteries of his work. 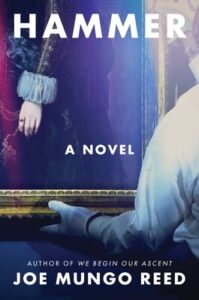 Joe Mungo Reed was born in London and raised in Gloucestershire, England. He has a master’s in philosophy and politics at the University of Edinburgh and an MFA in creative writing at Syracuse University, where he won the Joyce Carol Oates Award in Fiction. He is the author of the novel, We Begin Our Ascent, and his short stories have appeared in VQR and Gigantic and anthologized in Best of Gigantic. He is currently living in Edinburgh, UK. 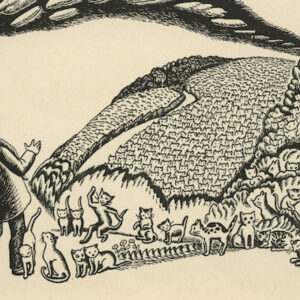