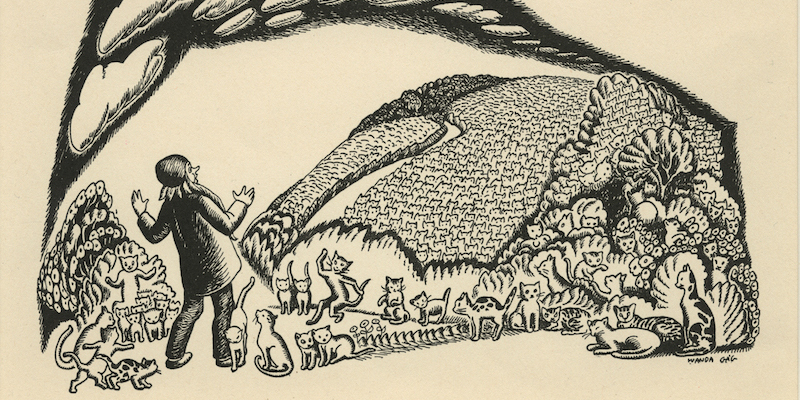 In this episode, Marcy and Jennie, and special guest Lily, review the 1929 Newbery Honor book Millions of Cats, by Wanda Gág. They discuss the nature of folk stories, the importance of communication, and what debris one might expect after a trillion-cat catfight.

Marcy: Lily has a special interest in folk tales, like we were talking about, but it’s interesting that I previously didn’t necessarily think of this book in that way, but then I looked up every definition of folk tales that I could find and it is so exactly what this story is.

So I looked around, and it turns out that this author’s family were immigrants from Bohemia, and they really grew up in the tradition of oral folk tales. So this story, a lot of people think, was sort of a mishmash of the folk tales from her childhood put together into a book. So it actually did start in the really traditional way of an oral story passed down through a family.

I found this really cool website, actually, that’s by a librarian named Amanda Rychener from the Cincinnati Library. It is not a deep-dive, but a good exploration of this book as a literary folktale. And when you get to the bottom, it says most critics believe that Millions of Cats is a product of Wanda’s mature imagination, and is an original story based on a synthesis of folk tales simmering since early childhood. It is said that Wanda invented the story for the children of friends she was living with in New York in the early ’20s. She perfected it through frequent retellings as it was begged for again and again.

So it’s interesting to me that you can take an oral repetitive story that’s told to children, so you have a legit folktale beginning, and it gets turned into at the time by far the most popular picture book. Like, really the first American picture book that innovated in lots of ways. Like this was the first advent of the double-page spread, for instance. And then it continues to get passed on in a formalized word of mouth through the Newbery. I just think it’s interesting that they sort of evolved the folktale procedure. 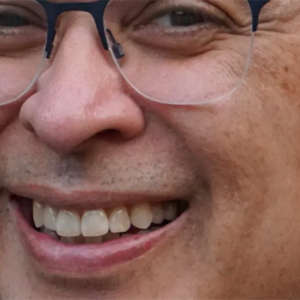