I’ve always felt the Western view of disinformation to be fairly myopic. For a long time, it was something that happened to others—never to our storied and staid democracies, to our resilient and rigid institutions. Then, it became something that came from our adversaries—namely Russia and China—but its impact on our discourse, our systems, our lives, was open for debate. Only recently, amid a pandemic and political instability that has quite literally attacked the democratic process, has the West begun to recognize that disinformation is a serious threat that, in its most potent forms, comes from inside the house.

It was time spent in Central and Eastern Europe (in particular Ukraine, which has become Russia’s laboratory for perfecting disinformation tools and tactics) that hastened my frustrations and led me to write my first book, How to Lose the Information War. It travels to five countries where disinformation is taken seriously, positing that homegrown threats are amplified and exacerbated by foreign adversaries, and that winning the information war starts with a long, hard look in the mirror.

Disinformation and today’s online information ecosystem are more nuanced than news headlines might suggest. Here are five books that will enhance and expand your understanding of the tools of disinformation, its adjacent harms, and the future of the threat in a way that the morning news can’t. 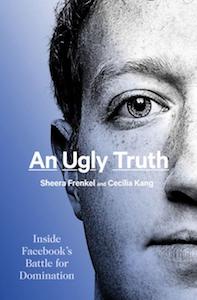 Frenkel and Kang, intrepid New York Times reporters with deep sourcing inside Facebook, take readers deep “inside Facebook’s battle for domination,” revealing never-before-published anecdotes about the goings-on inside the company. In the midst of Facebook whistleblower Frances Haugen’s recent revelations and in the face of looming government regulation, An Ugly Truth is a must-read if you’re eager to understand what motivates Facebook and why it remains a marketplace for disinformation. 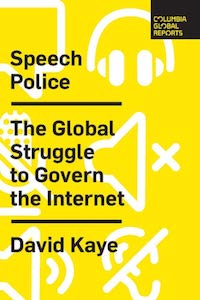 In a similar vein, David Kaye, the former UN Special Rapporteur on Freedom of Expression, presents a short, accessible overview of how social media content moderation operates, as well as of the nascent regulation efforts underway in Europe, Asia, and Africa. Some of these attempts to combat disinformation have had unintended effects of free expression, and Kaye’s interviews with platform insiders communicate that solving this problem is harder than simply playing whack-a-troll. 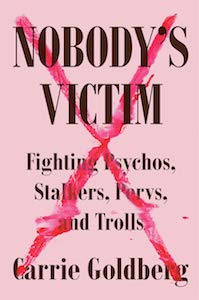 Disinformation is a subset of a vast and stomach-turning ecosystem of online hate, and Carrie Goldberg has seen the worst of it. A lawyer who supports clients in their struggles against internet-enabled “psychos, stalkers, pervs, and trolls,” Goldberg describes some of her most shocking cases—and her own, personal experiences with online hate—and reveals how the current infrastructure of the internet and law enforcement is built on misogyny. 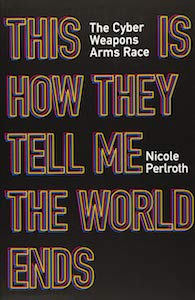 Nicole Perlroth, This Is How they Tell Me the World Ends: The Cyberweapons Arms Race

Many of the most successful disinformation campaigns—such as the 2016 DNC hack and leak operation that wounded Hillary Clinton’s presidential campaign—are fueled, in part, by cyberattacks. Nicole Perlroth, a New York Times reporter who has covered the increasingly busy cybersecurity beat, explores the market for zero-days, or software bugs that allow neer-do-wells to break into our devices, steal and change information, and use these exploits in disinformation campaigns and other, much scarier operations. 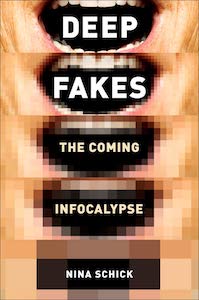 You’ve probably heard about deep fakes—manipulated images and video created through artificial intelligence—and how they are the next big disinformation threat. Nina Schick breaks down how these technologies can be used to affect political outcomes, threaten national security, and cause us to question everything we see. She also leaves us with hope and a plan for defending against deep fakes; we’ll surely need it soon.

These books underline that disinformation is very much a continuing problem, and one we need policymakers, tech companies, and individuals to wake up to and solve. If we don’t, we’ll only be dealing with an ever-more-nuanced, ever-expanding issue, continuing our losing streak in the ongoing information war. 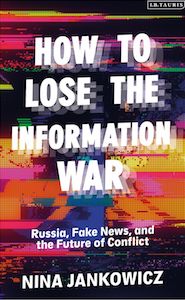 How to Lose the Information War: Russa, Fake News, and the Future of Conflict is available from Bloomsbury. Copyright © 2021 by Nina Jankowicz.

Nina Jankowicz is a Washington DC-based writer and analyst with a focus on Eastern Europe and the former Soviet Union. She is currently a Global Fellow at the Woodrow Wilson International Center for Scholars’ Kennan Institute. Previously, she served as a Fulbright-Clinton Public Policy Fellow, a role in which she provided strategic communications guidance to the Ukrainian Foreign Ministry. Her writing has been published by The New York Times, The Washington Post, BuzzFeed News, Foreign Policy and others. Nina received her MA in Russian, Eurasian, and East European Studies from Georgetown University’s Edmund A. Walsh School of Foreign Service, where she was a Title VIII and FLAS scholarship recipient, and her BA in Russian and Political Science from Bryn Mawr College, where she graduated magna cum laude. She has lived and worked in Russia and Ukraine, and speaks fluent Russian and proficient Polish and Ukrainian. Nina was a 2017 Foreign Policy Interrupted Fellow.

Miriam Toews on the Rebellion of Exuberance 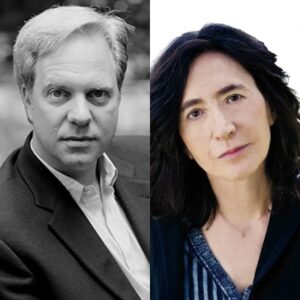 Greenlight hosts writer and journalist Amitava Kumar for a special panel discussion in honor of his newest novel, A Time...
© LitHub
Back to top
Loading Comments...