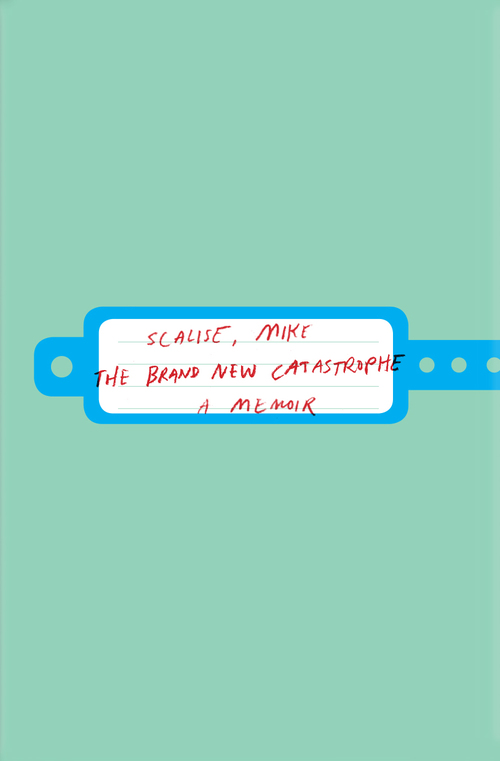 The following is from Mike Scalise’s memoir, The Brand New Catastrophe. Scalise's work has appeared in Agni, Indiewire, Ninth Letter, The Paris Review, Wall Street Journal, and other places. He’s an 826DC advisory board member, has received fellowships and scholarships from Bread Loaf, Yaddo, and the Ucross Foundation, and was the Philip Roth Writer in Residence at Bucknell University.

Telling a good catastrophe anecdote means becoming a maestro of sympathy. People’s reactions to these kinds of stories usually involve some defense mechanism: a tilting or nodding of the head, a crinkling of the brow, or the low-toned repetition of words and phrases like wow, holy shit, oh no, sounds horrible, or—and this is one to watch out for—I’m just really glad you’re okay.

As the teller of the anecdote, the conductor of an experience, this is the wrong place to be. Any of those responses indicates that you’ve made yourself pitiable and taken your audience hostage. This is where they’re likely to go on conversational autopilot, or retreat into head-nodding while they try to figure out what role to play in your I had an awful thing happen to me story. The trick to keeping them engaged is to focus on the oddities and ironies that would seem incredible and ridiculous in any context, not just that of your disaster.

For instance: The name of the doctor who discovered my brain tumor?

He’d heard all the jokes. Of course he had. We met during hour six of an ER stay in Brooklyn, at a training hospital affiliated with an unremarkable university. I’d admitted myself for what I thought was a migraine—an undodgeable, wavelike cloud of pain that for the past nine hours had swished slowly to all ends of my brain. Sunshine was young and square-jawed, and introduced himself the way I imagined he greeted every new face, with a stiff handshake and a pursed tone—I’m Dr. Sunshine—that braced him like a boxer for every quip that swung back at him. Here was all I could think of:

“Get the fuck out of here.”

He held the results of my CT scan, taken hours earlier. “There’s a mass on your brain,” he said, then curled his forefinger and thumb into a circle that in any other context would mean A-OK. “We’ll get a proper MRI first thing tomorrow,” he told me.“We’ll know more then.”

“Don’t know that yet either.”

“Let’s not worry about that right now,” he told me.

A hard surge tumbled along the banks of my skull.

Sunshine called my parents in Pittsburgh and my girlfriend Loren, who was then on a trip to Los Angeles. He colluded with the hospital administrative staff to verify the bogus insurance arrangement my father quickly set up for me through my family’s Pittsburgh-based heating and air-conditioning company. Then Sunshine admitted me upstairs, to a dimly lit floor with rounded walls. Patients’ beds circled the admin desk like spokes, at least fifteen of them, separated only by thin, paperlike curtains.

There were pockets of quiet throughout the night, but eventually we seized on one another’s discomfort and swung into a chorus of bickering that turned our nurses raw and curt and impatient. Any movement triggered ripples in my head pain, so I kept still and awake, rejecting all care that wasn’t direct pain relief.

That included hygiene. In the morning, just before my MRI, a nurse appeared holding a small plastic stick loaded with toothpaste—no bristles—and pushed it at my face.

“Sir. You must brush your teeth,” she said. “The smell from your mouth is very unpleasant.”

Notice how the focus here is not on the vast pain that commandeered my head that night. Pain is a socially competitive thing, and too much emphasis on it can cue people to recall their own bouts with pain, or compare theirs to yours. Take, for instance, my mother, who walked, worry-shaken, into that Brooklyn training hospital a veteran of her own burgeoning string of catastrophes, all of them heart-related. By age fifty she’d undergone two angioplasties and a bypass, and had partially lost sight in her left eye due to a blocked artery. She’d perfected the flat, dismissive tone in which she’d respond to anyone else’s tale of woe, assuring them, in essence: Take it easy, I’ve been through worse.

Upon seeing me in that hospital bed, though, raw and clinched from the pain cavorting in my head, my mother thankfully set that tone aside, then looked for other ways to infuse the moment with her expertise. My parents arrived late morning, and I smelled the blend of cigarette smoke and drive-thru coffee that had fueled their night-long drive across Pennsylvania’s highways. My father’s hands were deep in the pockets of his cargo shorts. My mother gnawed on a fingernail. I dug into the sweat-ripe jeans on the chair next to my bed, then set the keys to my nearby apartment on the food tray between us. My parents returned an hour later, showered but not rested. My mother was holding a pillow from my bed. “These goddamn hospital pillows,” she told me.“They’re just glorified dish towels.”

Dr. Sunshine had, by now, pushed me off to another doctor named Kalantari, a tall, slump-shouldered surgeon who confessed within minutes of meeting my parents that he’d actually done his med school internship in a hospital less than three miles from the house I grew up in, a lowly establishment in a depressed Pittsburgh suburb. That coincidence, that odd, local kinship, could have been why—as his team ran clumsy spinal taps and prepped me for a procedure scheduled for that very night—Dr. Kalantari appeared at my bedside, shifting, gripping a manila folder.

“Look,” he told us. “This can be a simple procedure with the right resources. But let me put it this way: this hospital”—he tightened to a whisper—“is not properly equipped for what you need. I’ve contacted a neurosurgeon in Manhattan, the best in the country at this kind of thing. He’s agreed to take you on. There’s an ambulance on its way right now to take you to him. Please: don’t say anything to anyone else here. Just get in that ambulance and go.

The simplest explanation goes like this. The mass on my brain and the headache it caused were a pituitary apoplexy, meaning that my head hurt that night because my brain was bleeding. It was late July of 2002, and at 2:00 a.m., when I’d woken in my Brooklyn apartment to take a piss, a hunk of tumor had ruptured in my head. The tumor had been clinging to the gland in my brain that controlled and dispensed hormones. Before the rupture the condition was called acromegaly, which meant that for a time I had too many hormones. After the rupture it was called hypopituitarism, which meant that at age twenty-four, just months out of college, I now had close to none.

For a long time, it was a predicament I understood only in terms of its rarity. Only 16 percent of diagnosed pituitary tumors secrete excess human growth hormone, or HGH, which causes acromegaly. And while it’s not uncommon for pituitary tumors to experience apoplexy, the type of pituitary tumor I had only ruptures 2 percent of the time. Plus: at 24 I was decades younger than the typical diagnosis age range of 49 to 53, which meant that when I walked into the ER on that mouth-warm July night, I became a fraction of a fraction of a fraction, beckoning doctors, for years, to poke and prod and study me like an abstract sculpture.

But avoid these kinds of details when you tell your catastrophe anecdote. Instead, go for crispness and entertainment. Your goal is to sidestep any put-upon, sorry stares with a fine payoff that eases the tension. So take a breath, leak out a smile, then say something light and pithy, like:

That was almost fifteen years ago. God, I miss that time.

See how that works?

From THE BRAND NEW CATASTROPHE.  Used with permission of Sarabande Books. Copyright © 2017 by Mike Scalise. 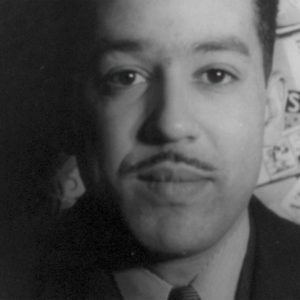