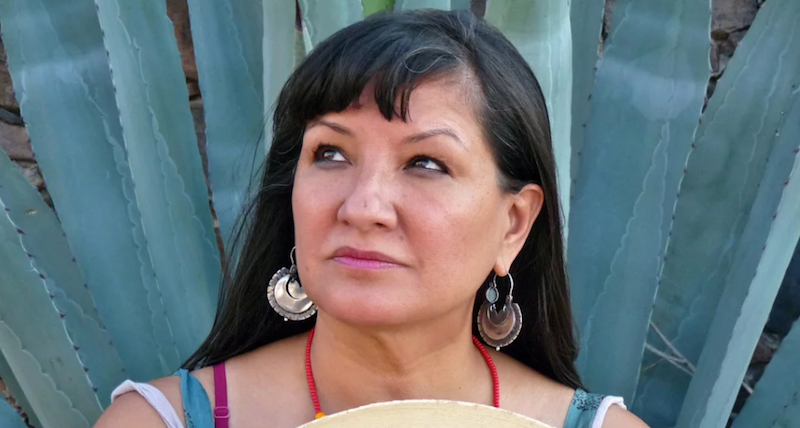 On Hybrid Storytelling and Detonating the Bombs of the Heart

Sandra Cisneros has been dismantling genre, binaries, and stereotypes ever since her novel The House On Mango Street made its debut in 1984. As she wrote in its preface, publishing a book was a top priority for a young Cisneros, along with learning to dance the tango, jumping out of a cake, and winning the National Endowment for the Arts Award (which President Obama presented her with in 2015). But her accomplishments stretch far beyond those aforementioned goals.

The House On Mango Street is still taught in schools across the States today. The titles that followed range from hybrid works, memoir, short story collections, and poetry. If Cisneros entered the literary scene as a novelist, she stayed because she became so much more: a poet, a short story writer, and an author of children’s books in both English and Spanish. With many of her works translated into more than 20 languages, Cisneros has created an expansive conversation that challenges preconceived notions about identity, class, and race.

From her home in San Antonio, Texas, she reworks the American narrative and complicates the way its stories are told. In the prologue to The House On Mango Street, Cisneros says that she strives to “write stories that ignore borders between genres, between written and spoken, between highbrow literature and children’s nursery rhymes, between the US and Mexico.” In a career spanning more than 30 years, Cisneros has successfully navigated those liminal spaces, showing her readers the promise that lives between labels, definitions, and expectations.

Sara di Blasi: Your work tends to preface itself; you do such a wonderful job of introducing the body of work ahead. I particularly enjoy the way you discuss writing, introducing it as part of the story. These introductions tend to stay in the tone of the piece, sometimes even mimicking the form. I’m thinking specifically of the preface for The House on Mango Street as well as the preface, in the form of a poem, for the collection of poems My Wicked Wicked Ways. When do you write the introductions? Are they a way to jump into the work, do they come together in the process, or do they arrive at the end, after you are done creating?

Sandra Cisneros: The preface and introduction you mention were written after the fact, in the case of both books many many years after, more than a quarter of a century for House, and at least a decade or more for the poetry, I am almost certain. You can do the math and check for yourself, because I’d written My Wicked Wicked Ways for Third Woman Press originally, and insisted on writing the intro poem if Random House was going to reprint it. I had so much to say and had grown away from the poems; I needed to say what I said because I was ashamed of the woman I’d been who had written those poems. It was like looking at photos of yourself in your high school year book. A terrible discomfort and shame.

As for the House intro, I wanted to answer the many repeat questions from my readers in one easily accessible place, and I wrote it because I felt removed from the woman I used to be. I don’t think about tone or imitating text when I write. I just write in my own true voice, the one that is mine and not anyone else’s. I did, however, have to trick myself into writing the poem for MWWW since I found myself blocked. Writing a poem allowed me to sidestep my inner censor.

But you give me too much credit. I don’t think when I write. I feel. Deeply. I turn on my thinker when I edit. If you think too much, you will never write anything worthwhile.

SDB: How do you insert the idea of the writer writing within your work and keep it feeling surprising or new? Many writers have talked about writing within their work, yet it is a hard thing to pull off. Do you ever find yourself hesitating to insert it? Is there a reason these moments often live in the preface? What do you hope the reader gets out of these brief glimpses and personal intros to your books?

SC: Again, I don’t think about what I’m going to do in advance. I write and discover my route that way. If I hesitate to say something because it makes me look foolish, vulnerable, or ashamed, if I’m afraid to mention something, then I know for I’ve hit pay dirt. Because it’s best to write about the things we’re afraid to talk about. They have more power over us, and writing about them disables them. Is that the right word? Like when you find a bomb and have to detonate it. That’s the word—detonate! Writing is a way of detonating those bombs we carry inside our hearts, afraid that any little shake up will set them off. Best if we detonate them ourselves, I’ve found.

SDB: Your work has a brilliant way of employing small details to stand in for larger concepts, problems, or narrative. Sometimes the poem or prose gives way to a hint of violence. This can be difficult, especially within shorter works such as a poem. How did you learn to trust your readers to grapple with these small but heavy moments within your work?

SC: If I think about my readers when I’m writing, I’ve blown it. I work intentionally to remove them from my thoughts when I write, or else they will censor me, or worse, feed my ego. I work deliberately to get out of my own way and to do this I have to ask for humility. And courage. Writing on behalf of others is a good way to do this.

SDB: I have found many of your poems to be narrative-driven and your prose, specifically that from The House On Mango Street, to be poetic. Does your storytelling instinct navigate toward a hybrid form? How does genre come into play when you start writing a piece or collection?

SC: I’ve been a big fan of experimental writing since way back when, since I was an undergrad. So when a book excites me, I try to do something with its form and make it my own. Rulfo’s Pedro Paramo, Borges’ Dream Tigers, Gwen Brooks’ Maud Martha. Merce Rodoreda’s writing, and the extraordinary Eduardo Galeano, whose books continue to inspire me to grow up one day and write like him. Books that make me want to write are my favorite books.

SDB: How do you use memory as a device within your work? It seems to come up as uncertainty at times especially in your poems where the speaker states, “I don’t remember,” and yet the collection of poems is based on recollection, on remembering. What is your relationship to the truth when you set out to write a book? Does this relationship change based on the project?

SC: I have never given this any thought. You seem to think I think a lot, but I never know what I think till after I write. Then I’m amazed at how much I think! I try to write from an honest place, that’s all. I don’t lie in life, and I try to tell the truth in my writing, the real truth, especially the truth I’m not aware of. I’m known for being brutally honest. It’s a defense mechanism. A way of protecting myself from those bombs already mentioned, the ones in the heart. I’d rather detonate them myself and not get hurt or hurt innocent bystanders.

SDB: Finally, the poem titled “Men Asleep” in the collection My Wicked Wicked Ways shares theme and tone with the poem of yours “You Better Not Put Me In A Poem” in the family issue of Freeman’s. Are these poems related at all or was it perhaps my reading of them in close proximity?

Sara Di Blasi is a poet and fiction writer currently pursuing an MFA at The New School.

Reclaiming Of Mice and Men from Parody 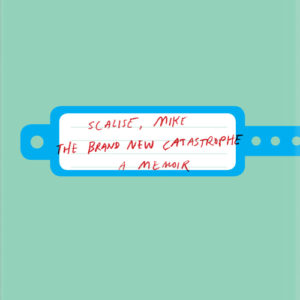