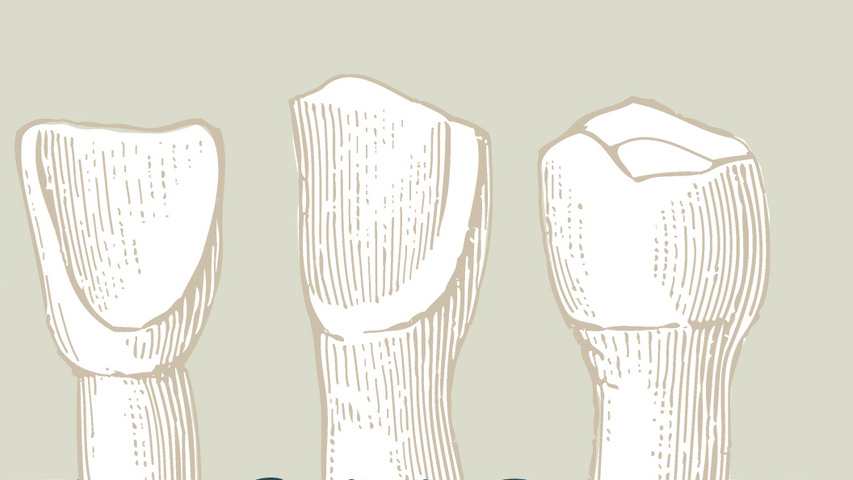 Every other week Oscar Van Gelderen summarizes a notable work of (non)fiction in ten quotes, with an emphasis on style and voice. No spoilers. This week The Story of My Teeth by Valeria Luiselli (published by Coffee House Press, 2015).

I’m the best auctioneer in the world, but no one knows it because I’m a discreet sort of man. My name is Gustavo Sánchez Sánchez, though people call me Highway, I believe with affection. I can imitate Janis Joplin after two rums. I can interpret Chinese fortune cookies. I can stand an egg upright on a table, the way Christopher Columbus did in the famous anecdote. I know how to count to eight in Japanese: ichi, ni, san, shi, go, roku, shichi, hachi. I can float on my back. (1)

On september 19, 1985, there was a strong earthquake in Mexico City, as had been predicted by Julián Herbert, the astrologer in Diario Ecatepec. A few minutes afterward, Siddhartha Sánchez Tostado was born. That’s what Flaca called our son. I, for my part, like the name Yoko, since I always had been keen on Japanese culture and the Beatles. But as the child was a boy, I had to accept Flaca’s choice. We’d agree on that. Siddhartha was born healthy. without any distinguishing features. I won’t say that he was a pretty baby, but neither was he ugly. End of comment. (13)

For months after the operation, I couldn’t keep the grin off my face. I showed everyone the infinite line of my new smile, and whenever I passed a mirror or a shop window that reflected my image, I would raise my hat in a gentlemanly fashion and smile at myself. My thin, ungainly body and my rather ungrounded life had acquired serious aplomb with the appearance of my new teeth. My luck was without equal, my life was a poem, and I was certain that one day, someone was going to write the beautful tale of my dental autobiography. End of comment. (22/23)

The parishioners were equally intoxicated by the stupefying humors in the auction. They wanted more. It was obvious: they wanted to go on buying. And I like to please people, not out of submissiveness and an excess of deference, but because I’m a considerate, affable sort. For want of more pieces, I decided, in a stroke of genius that can be attributed to the zeal that had taken hold of me, to auction of myself. (56)

I never feel confused or break anything when I wake up. I’m unbreakable and uncomfoundable, like all simple men. Every day, I return to the waking world with the beautiful, uncomplicated certainty of my modest but firm early-morning erections.

And I’m not unusual. Quite the reverse. Recent scientific studies show that the very first thing the great majority of men notice on waking up in the morning is the turgidity and rigidity of their sexual organs. There is no mystery in this. During the night, the body pumps blood to the male member to maintain the temperature needed for its health and normal functioning. As a consequence, many men wake up with a powerful, proud erection, the intensity of which also acts as a first anchor to the world during the transition from sleep to wakefulness. Women don’t experience anything like that, and so often feel completely disoriented when they open their eyes. They don’t have that gentle Charon to mark out the road from one world to the other.

This phenomenon of the male constitution, known in common parlance as “the tent effect,” is a biological event, and in no way psychological. But like so many other biological phenomena, it can quickly become a matter of mental and spiritual health. If the erection is left unattended and has to go down on its own—during the first sips of coffee or under the shower —a man accumulates malignant humors that engulf him in resentment and rage throughout the day. He becomes circumspect, taciturn, secretly agressive, and can even begin to harbor perfidious thoughts toward his fellow citizens, including members of his family and his colleagues. However, if the person who sleeps beside him shows empathy and frees the organ from the accumulation of bodily fluids, the man remains mild and self-controlled the whole day, one might even say easygoing and philantropic. End of explanation. (65/66)

I have to report than one morning, I don’t know at what precise time, I went out into the street after having passed a day and a night in my “room of ghosts,” as my uncle Roberto Sánchez Walser used to call his sitting room. I’d lost my teeth, I’d slept on a bench, I’d allowed myself to be humiliated and emotionally tortured by my own son, but, despite all this, I was in an outlandish, tropically romantic-adventurer frame of mind; I believe that this is because I have always been a well-grounded person. (91)

Isn’t telling stories what you do?

Well, have a bit of faith, won’t you?

Let’s suppose you’re right. That I say yes to your proposal. What are you going to ask me to do in return?

Almost nothing. You just write for me.

Whatever I commission you to do. First I need you to write my story, the story of my teeth. I tell it to you, you just write it. We sell millions, and I get my teeth fixed for good. Then, when I die, you write about that too. Because a man’s story is never complete until he dies. End of that task. (101/102)

I believe the only exception is the Argentinian Jorge Francisco Isidoro Luis.

The selfsame. Blind and Argentinian. But he doesn’t count because he was blind, so he probably couldn’t picture himself smiling—at least, not with the smile he had when he was blind, if you know what I mean.

Borges is my idol. Have you read him? asked young Voragina with childlike enthusiasm.

Highway had once possessed an unimaginably diverse and rich collection. He was a man who truly loved material objects. And his love for them went beyond their real, material worth; for him, their value lay in that thing that, in some way, they silently enclosed. From a very early age, he had followed his impulse to meticulously collect everything he thought collectible, from coins he found on the sidewalk and buttons that fell off his schoolmates’ shirts, to his father’s nails and his mothers hair. (139)

In his final performances, Highway, who was by no means lacking in ingenuity, learned to take advantage of the moments when his teeth slipped from his control to take them out altogether. He would hold them between his fingers, like the castanets they use for flamenco dancing and, depending on the occasion, make them speak or chant and tell fascinating stories of the lost objects that had once formed part of his collectibles. Increasing numbers of people came to see him and were enthralled by the spectacle of Highway’s now-you-see-’em-now-you-don’t dentures and the stories he told and sold with them. (145/146) 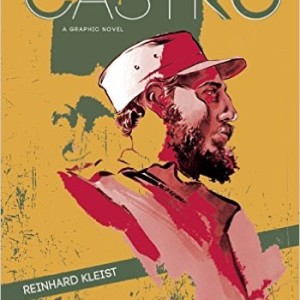 From CASTRO: A GRAPHIC NOVEL. Used with permission of Aresenal Pulp Press. Copyright © 2015 by Reinhard Kleist.
© LitHub
Back to top