A New Poem by Anaïs Duplan

I don’t know whether or not human beings were meant to be worshipped as icons, celebrities or spiritual authorities. But Muhammad Ali is for millions if not billions around the world surely one of them. Often, media writers have a way of propping someone up just to later pull them the further down; or to celebrate as a way of forgetting some lesser aspect, more complex, harder to pinpoint. Anaïs Duplan’s ferocious new poem forges another path: one where we remember in successive lines the integrity of Ali’s accomplishments. Ali, perhaps the greatest athlete of all time; Ali, the leaping-wit poet serene before a microphone; Ali, outspokenly against the forces of war and anti-blackness. Unstoppable. By Duplan honoring these seemingly unrelated Ali quotes, the poem is able to honor a great man’s selves so rarely held in tandem. What’s to quarrel with?

I ain’t got no quarrel with them
Viet Cong no Viet Cong ever called me
nigger no I am not going 10,000 miles
to murder kill burn people to slave over
the dark people the whole world over must come
to an impasse: why should they ask us to put on
a uniform to get ten-thousand miles from home
to go blitz brown while the so-called Negro people
of Louisville are dogs denied you are a dog you want
freedom you are a dog you want to go somewhere and fight
I can’t stand up I found myself dizzier and dizzier every time he hit us
when we were young
we moved our arms and legs at the same time it’s very hard to hit a moving target he moved all the time
three minutes every round for fifteen rounds
he said he would
whip Sonny Liston like his Daddy did.

Anaïs Duplan is a trans* poet, curator, and artist. He is the author of a forthcoming book of essays, Blackspace: On the Poetics of an Afrofuture (Black Ocean, 2020), a full-length poetry collection, Take This Stallion (Brooklyn Arts Press, 2016), and a chapbook, Mount Carmel and the Blood of Parnassus (Monster House Press, 2017). His writing has been published by Hyperallergic, PBS News Hour, the Academy of American Poets, Poetry Society of America, and the Bettering American Poetry anthology. Duplan is the founding curator for the Center for Afrofuturist Studies, an artist residency program for artists of color, based in Iowa City. He now works as Program Manager at Recess and Adjunct Assistant Professor in Poetry at Columbia University.
Share: 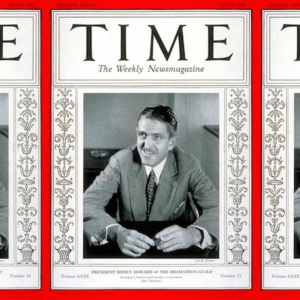 LitHub Daily: August 23, 2016 Margo Jefferson on the pleasures of poetry and (not) reading the Russians. | Literary Hub A masterpiece of Latin...
© LitHub
Back to top