The Biggest News Stories Every Year (You’ve Never Heard Of)

On the Important Work of Project Censored

The news is now like sports or pro wrestling: a fan engagement business, heavily influenced by commercial considerations that have little to do with truth and untruth. This is the case with conservative outlets like Fox News and the Daily Caller, but also with traditionally liberal outlets like MSNBC and even the New York Times. This new landscape of competing political hot takes, mutating quickly around a ratings supernova named Donald Trump, has also changed our conception of what is meant by a “censored” news story.

Project Censored was founded in 1976 by a college professor named Carl Jensen, who wanted students at Sonoma State University to learn to look at news media more critically. Most famous for its annual Top 25 list of the most important news stories ignored or covered up by popular media sources, Project Censored became part watchdog agency, part quietly effective shaming mechanism. Working reporters like myself learned to peek at the list (often wincing first) for a glimpse into work we probably should be doing, instead of delivering clicks or ratings for bosses.

The “Censored” list was once dominated by a few themes: regulatory indulgences for corporate malefactors (for example, “Twenty-One States Offer Corporations Immunity from Violating Environmental Laws,” story #12 in Censored 1998), atrocities abroad (“United States’ Policies in Colombia Support Mass Murder,” story #3 in Censored 2003), corruption in the financial services sector (“US Congress Sells Out to Wall Street,” #1 in Censored 2010), and abuses in the criminal justice system (“Inmates and Activists Protest Chemical Weapons in US Prisons and Jails,” #19 in Censored 2018).1 Pollution, war, banking, and policing: all rackets, all poor fits for American commercial media, in which corporate advertisers are coddled, twin narratives of American beneficence abroad and the self-correcting market at home are sacrosanct, and white middle-class audiences don’t want to know what is being done in their name in “those” neighborhoods.

The press still has trouble with these themes, as reflected in this year’s list, which tells us about the US military’s role in spreading environmental disaster (#3), the human trafficking scourge in Yemen, a country devastated by US-backed policies (#21), profiteering in plasma markets (#17), and an ignored public banking revolution (#8). In some ways the modern corporate press is worse than it ever has been in taking on powerful interests, and less interested than ever in addressing wealth inequality or the problems of poor people.

We’re headed toward a future in which the commercial press seems determined to forget that a major portion of journalism’s mission is to hold a mirror to our uglier selves.

News companies hate stories about inequality for a variety of reasons, but especially because they’re a bummer: advertisers know images of deprivation and suffering depress the urge to buy, which is why we typically don’t see poverty on TV unless it’s being chased by police. Hard to sell Buicks to guilt-ridden audiences. There are larger political considerations: the ideology underpinning most modern news coverage assumes poverty is the fault of the poor. Go all the way back to The Jeffersons and we’ve always been told “Movin’ On Up” is just a matter of pulling up those bootstraps, and even if you fail—no problem, family and a sense of humor can turn even being poor into Good Times.

Another major problem is complexity. Quick-hitting modern news formats make it difficult to explain knotty topics. In banking, for instance, the difference between perceiving the subprime mortgage crisis as corruption or bad luck has a lot to do with whether one understands how instruments like the Collateralized Debt Obligation were used by banks to disguise risk in mortgage investments. But you can’t explain a CDO in a tweet. In this landscape the advantage always goes to the outlet willing to reduce crises to one-line takes: the still-widespread notion that the 2008 crash was caused by irresponsible (and largely minority) home-borrowers had a lot to do with it being the simpler explanation.

In today’s cleaved media, however, there are additional complications. Conservative outlets are happy to show urban despair, but to sell it as the fault of Democratic Party mayors and “poverty pimps.” Outlets that cater to blue-state audiences, meanwhile, openly demonize the “economic insecurity” of the white rural poor, cast as disingenuous Trump-lovers whose “perception” of declining opportunity was driven by hatred of Barack Obama. Similarly, the Bernie Sanders message about the effects of corporate greed on working people was sold in the popular press as an affectation of upper-class college students. In the atomized media landscape, neither “side” of the media is much interested in poverty, but the cover-up is different depending on which channel you watch. The modern media consumer has been trained to worry first and foremost about assigning blame, and to perceive the world as a vast left–right battleground in which problems only exist because (circle one) the Democrats/Republicans allow it.

In other words, the news media is now not merely in the business of ignoring the kinds of stories Project Censored has long worried about, it’s now actively engaged in teaching audiences to disbelieve in the very existence of such stories—typically, perpetual, systemic social problems with bipartisan causes. Modern audiences often have an easier time believing in outlandish conspiracy theories (birtherism, Russiagate) than in certain kinds of systemic corruption.

The absence of a clear partisan angle makes this story a tough sell in today’s media landscape.

Take story #4 on this year’s list, “Congressional Investments and Conflicts of Interest.” As someone who’s covered the problem of members of Congress trading  on non-public information, and the inadequacy of the STOCK Act legislation designed to prevent it, I know this is the very definition of a bipartisan problem. Members in both parties have taken shameless advantage to use their offices for profiteering purposes (Republicans Richard Burr and Kelly Loeffler made most of the headlines this year, but Dianne Feinstein and Nancy Pelosi have had their own issues here).

The absence of a clear partisan angle makes this story a tough sell in today’s media landscape. Same with the exploding military budget, warrantless surveillance, drone warfare, regulatory capture, police brutality, and a host of other problems whose causes reach beyond the awfulness of Donald Trump.

Also, modern news companies have long understood that the winningest commercial formula involves breeding an air of superiority among viewers, for whom social horrors must be extensively contextualized, to prevent any hint that the viewer holds any culpability of his or her own. A lot of stories today are just diatribes about the iniquity of “those people,” which can mean just about anything. Fox cashed in by running decades of stories about the Association of Community Organizations for Reform Now (ACORN), leftist academics, and immigrant criminals, and the last four years of blue-state press has basically been one long program about the evils of Donald Trump.

Even when the critical posture is warranted—I think this is the case a lot with Trump—we’re raising audiences of finger-pointers who won’t or can’t hear certain kinds of bad news.

This new reality makes the mission of Project Censored more important than ever. It’s hard enough to challenge the Pentagon, Wall Street, Big Pharma, the intelligence community, or the prison–industrial complex. On top of that, we have a new foe, in the increasingly closed mind of the news consumer. We’re headed toward a future in which the commercial press seems determined to forget that a major portion of journalism’s mission is to hold a mirror to our uglier selves.

The war in Vietnam was slowed when Americans were told about My Lai, or shown pictures of Phan Thi Kim Phuc, the “napalm girl.” That tradition was continued in Iraq with Abu Ghraib and the Collateral Murder video. Today we mostly shut out news about our darker side, which is why we need Project Censored. Someone has to remind us to look in the mirror.

Matt Taibbi is an author and journalist who has contributed to dozens of publications. He began his career in the former Soviet Union, where he wrote in English and in Russian for more than ten years for papers like The Moscow Times, The eXile, Komsomolskaya Pravda, Trud, Stringer, and Kommersant. After returning to the United States in 2002, he wrote for outlets like The Nation, the New York Press, and Rolling Stone, specializing in campaign trail reporting and coverage of Wall Street. He earned the National Magazine Award for commentary in 2008 and the Izzy Award for outstanding independent journalism in 2020. Taibbi has authored ten books, four of which were New York Times bestsellers: Griftopia, The Divide, Insane Clown President, and The Great Derangement. He lives with his wife and three children in New Jersey. 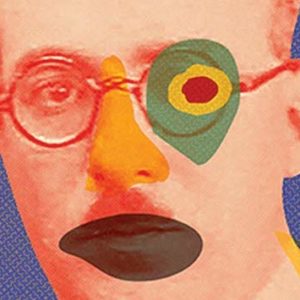 I was in Australia on the tail-end of my eastern book tour, the Last Book Tour perhaps, one that had taken me to Indonesia...
© LitHub
Back to top