Finding Comfort in a World of Books

I was in Australia on the tail-end of my eastern book tour, the Last Book Tour perhaps, one that had taken me to Indonesia and Bangladesh earlier, when the plague, after circling for months, dove in for the kill. I left perhaps a week before Australia locked down and have wondered what would have happened if I got stuck Down Under, a world unfamiliar in ways I did not expect. During the tour, however, I spent time on the periphery of stages and outside hotel lobbies, smoking, chatting with local literary rock stars, the likes of Tara June Winch and Christos Tskiolkas. On the plane back home to Karachi, I began Christos’s The Slap,  and what a fun ride it was. Christos takes the reader into the minds of  very human, rounded, middle-class characters whose lives are upended by an occurrence at a family barbecue in suburban Melbourne. The Slap also helps make an unfamiliar world more familiar.

Although Covid, for reasons that remain epidemiologically opaque, did not strike Pakistan with the same violence with which it ravaged the region—China, Iran, and now India—I burrowed underground, deep underground upon my return. I don’t want to die before I’m done with my next novel. I have worked faster on my next project than my other two novels—I think I’m three-quarters done—and read more than I do when I am writing—typically, I don’t walk and chew gum at the same time. But in April then May, I went through The Castle then The Book of Disquiet—works, that had been collecting dust on my bookshelf for years, works, I learned, one should avoid during the Covid Era. During this fraught, frightening time, the mind keeps playing tricks on you—you don’t want Kafka and Pessoa messing with your head as well. But if you want to escape, escape to other dystopias, go ahead.

In June and July, I reread Disgrace and The Life and Times of Michael K and though I love Coetzee, I put both aside halfway through. I was reminded of his grim vision of humanity, how it informs things in the end—I don’t want to go there right now. I have dabbled in short stories since: I discovered a couple of volumes of Granta I picked up from a secondhand seaside bookstore in Karachi. “Dirty Realism: New Writing From America,” and “With Your Tongue Down My Throat—Hanif Kureishi,” circa ‘83 and ‘87 respectively—dispatches from different a world, one, for starters, where Kureishi, Carver, and Wolfe are new writers.

I enjoyed a story by Elizabeth Tallent titled “Why I Love Country Music” in the former. Although I don’t care for country music (except, I’ll mention in passing, The Highwaymen, whom I happened upon on YouTube during lockdown), every time I have picked up something (I must mention, I managed to secure a copy of Freeman’s “Love” issue that should bide me till year end), I have been reminded how fiction, good fiction, transports you. Sometimes, of course, you find your elsewhere whether you like it or not.

This is the Freeman’s channel at Literary Hub, which features excerpts from the print editions of Freeman’s, along with supplementary writing from contributors past, present and future.

H.M. Naqvi is the award-winning author of Home Boy (Crown, 2009) and The Selected Works of Abdullah the Cossack (Grove, 2019) and can be found @HMNaqvi on Twitter.

The Biggest News Stories Every Year (You've Never Heard Of) 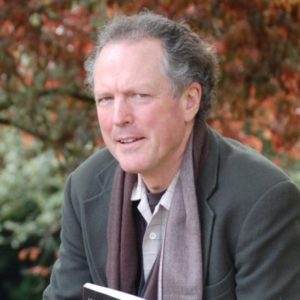