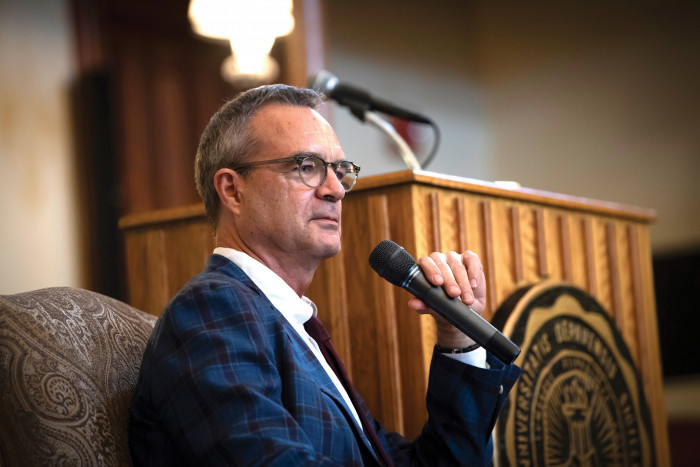 James B. Stewart on Going Inside the “Deep State”

In this episode of Just the Right Book with Roxanne Coady, James B. Stewart joins Roxanne Coady to discuss his new book, Deep State: Trump, the FBI, and the Rule of Law.

James B. Stewart: I can’t imagine two personalities more congenitally different than Donald Trump and James Comey. They are diametrically opposed to each other in every way. I think Comey experienced firsthand what he considered the worst qualities of Trump, but he sees Trump as a true threat to our democratic institutions and the independence of our investigative agency, for good reason. He went on the war path. He thinks he was doing his civic and patriotic duty, that also happened to sell a lot of books. There are people who felt that he should have gone quietly, like Mueller, off into the sunset and not say another word.

Again, we’re in unprecedented times. This is a place where Trump himself is tweeting on a daily basis. He gets the front page every day. Was Comey supposed to disappear and not say anything? You can disagree with him, but I don’t challenge that his motive was to stand up for what he thought was right.

Roxanne Coady: When I read the excerpts from Mueller’s conclusions about Trump, which are quite devastating, and then when you read his letter from March 27 that he sent to Barr … Mueller is pretty clear that the investigation found multiple acts by the President that were capable of exerting undo influence over law enforcement, investigations including the Russian interference, obstruction, and investigations—

Stewart: Can I give you one good example?

Mueller is crystal clear that that is the opposite of what the law says. Obstruction of justice is not a crime only for the guility. We wouldn’t need to have it. There are many reasons that people try to obstruct. They’ve done things that are embarrassing, or maybe not illegal but they are greedy. They’re questionable. They’re disgraceful. People might lie, and if they do you then never find out who is guilty. It’s nonsense to say, as Barr and Rosenstein did in that announcement, that you can only charge obstruction if there is an underlying crime. I think that is one of the things that Mueller was talking about when he wrote that letter.

Roxanne: Do you think that Mueller was not decisive enough, that he left too much to Congress, that there was enough to drive a truck through?

Stewart: Yes and no. Yes in the sense that he says that we didn’t find proof of the crime of obstruction. Though he did say that the reason we didn’t is that it wouldn’t be fair to charge him. All the elements on the crime is in the Mueller Report. You just tick off each box: the act of obstruction, intimidating the witness, the motive for doing it. It’s all there. If I was a prosecutor, I could walk into court tomorrow and convene a grand jury on it.

That’s number one. Number two is that he did stop short in several puzzling ways. He never made Trump testify under oath about anything that happened after he became President and he did not make him testify about the obstruction charge, all of which happened after he became President. Now I know he didn’t want to have a long constitutional fight, but if I had been Mueller I would have demanded that he testify, and if he refused I would have gone to Congress and say that I cannot finish this because he will not answer critical questions.

Finally, he let Rosenstein off the hook. There is nothing in there about those tumultuous days. What did Rosenstein promise Trump that let him keep his job? What did Mueller know about it? Rosenstein was one of the first witnesses that Mueller interviewed, and yet Rosenstein is hardly in the Mueller Report.

Now people close to Rosenstein defended him, saying that what he said he had to do he did to protect Mueller, to keep Mueller from being fired. But that’s not the be all and end all. Maybe the country would have been better off if Mueller had been fired and if they stood up for a thorough investigation.

James B. Stewart is the author of Heart of a Soldier, the bestsellers Blind Eye and Blood Sport, and the blockbuster Den of Thieves. He is currently a columnist for the New York Times and a professor at Columbia Journalism School, and in 1988 he won a Pulitzer Prize for his reporting on the stock market crash and insider trading. 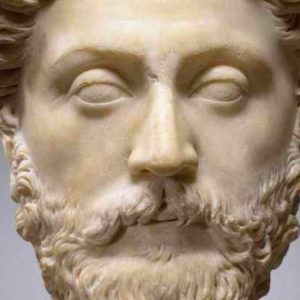 I was flying across the United States and had to make a connection in Chicago. The plane that would have taken me home was delayed...
© LitHub
Back to top