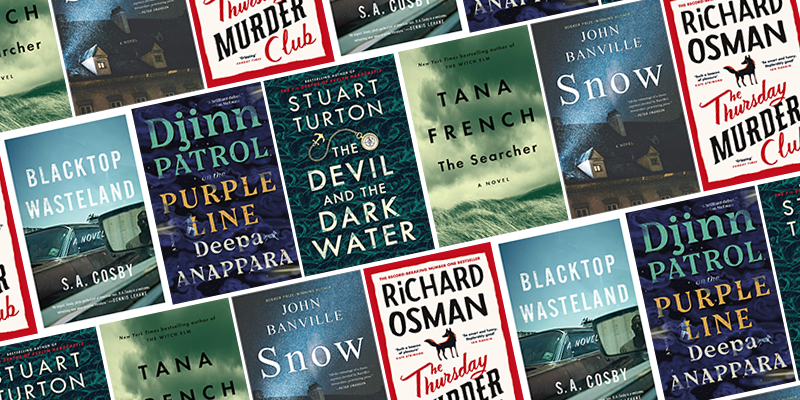 1. The Searcher by Tana French
(Viking)

“…an audacious departure for this immensely talented author … there’s a lot at work in The Searcher, even if its story sounds simple … One of this book’s many pleasures is French’s way of building Cal and Trey’s bond … These scenes are keenly observed, with a strong sense of place, and unfailingly entertaining. They’re also ominous, given what we know about the close-knit, gossipy nature of the town … Nobody beats French when it comes to writing pub scenes fraught with tension … This is why you read Tana French: for the nuances that go into an ambush like this, and for her ability to immerse you in the moment completely. As you read this scene, the sidelong glances and daggers in the small talk come flying off the page … Where does The Searcher stand in the lineup of French’s books? It’s an outlier: not her most accessible but not to be missed. It’s unusually contemplative and visual, as if she literally needed this breath of fresh air. It steps back to examine the policing powers she has traditionally taken for granted. And it’s her foray into the natural world, which is so welcome right now. It’s also slower than some of her other books. But as Cal says in the folksy western voice he often affects here, ‘All’s you can do is your best.'”

“Time and again, Banville sets up and then deftly demolishes the Agatha Christie format he seems to be aping. Everything that seems creakingly familiar about the country-house murder turns out to be darker and darker still … I won’t reveal how the plot thickens. Banville’s depiction of the young republic that Ireland then was (real independence came only in 1937) is fascinating … The book sings with authenticity and Banvillian tropes … Banville is one of the great stylists of fiction in English and Snow allows the limpid cadences of his prose free rein … An entertainment, perhaps, but a superbly rich and sophisticated one.”

“The author…blends in many of his own unique touches that render the proceedings fiendishly clever and brilliantly funny. The whole narrative is held together and driven forward by its perfectly formed characters … a compelling whodunit complete with red herrings, unexpected twists, and a pair of police officers who, despite their best efforts, always manage to be one step behind their amateur counterparts. At the same time, and without reducing any of his carefully built-up momentum, Osman allows his main characters to experience senior moments or reflect on growing old. There is regular humor but also bouts of tragicomedy…and moments of real poignancy.” 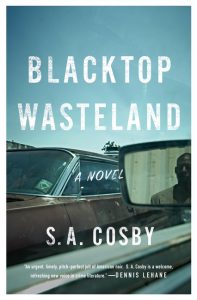 “… a gritty, thrilling reminder that small-town America has an underbelly, too … Cosby immediately displays a talent for well-tuned action, raising our heart rates and filling our nostrils with odors of gun smoke and burned rubber. But the real draw here is his evocative depiction of rural Virginia and its denizens. Cosby’s voice is distinctive, and he plays a sharp-tongued Virgil as we descend into the Hades of bucolic poverty … Gross! Sad! And kind of fun … The milieu is fresh; the setup, more familiar … Cosby delivers heavy doses of imaginative action and highway high jinks in lieu of any real mystery. But this grim tale finds its saving grace in its refusal to worship its hero.” 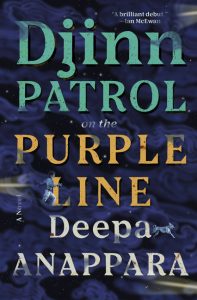 “Like its nine-year-old narrator, Jai…Djinn Patrol, too, shape-shifts, matures from genre to genre: a murder mystery, a high-stakes detective story, a coming-of-age story, crime fiction, political satire. The plot is simple and more or less progresses straightforwardly … it’s what Anappara does with language(s) that makes Djinn Patrol utterly and wholly distinctive, inventive, and immersive … As a bilingual speaker and reader of Hindi and English, this felt like a bonus: to ‘get’ the cues, clues, and cultural references; to always nod along in recognition; enjoy plenty of ‘Aha!’ moments; and, most considerately, to not have one’s culture explained to oneself … Anappara’s Jai is endearing, entertaining, and earnest; he keeps you on the edge of your seat … What a child narrator affords Anappara is the ability to write about institutional injustice and negligence, unimaginable atrocities and harsh lived-realities … And for this, we can hold Deepa Anappara’s story close to our hearts.”

6. The Devil and the Dark Water by Stuart Turton
(Sourcebooks Landmark)

“The Devil and the Dark Water lies between genres—it is a mystery with an occult MacGuffin, a demonic symbol that bodes ill for a group of travelers aboard a United East India Company galleon … The Devil and the Dark Water like Turton’s first novel, The 7½ Deaths of Eleanor Hardcastle is compulsively readable, slightly over the top and more interested in the mysteries of character and mise-en-scène than the rigors of plot. The horror elements are entertaining rather than terrifying, perfect for readers who like a little occult with their mystery but dare not get entangled in anything too scary. While there were times when I felt the novel unfolded a bit too slowly—it is 463 pages, and could easily have been shorter—Pipps and Hayes are such charming company that I was happy to travel with them for the extended journey.” 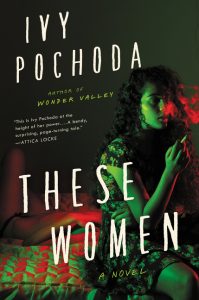 7. These Women by Ivy Pochoda
(Ecco)

“… not only has Pochoda written an immersive, intriguing murder mystery—she’s also crafted a framework with which we can examine how all women are viewed in Western cultures, sometimes as madonnas, more often as whores … almost more chilling than the killer’s actions and motivations is the strange family situation in which he operates, one that is so opposite to the lives of his victims that readers will wonder how they can coexist in the same locale, and one that also shows our society’s views of women, taken to any extreme, make things bad for us all.” 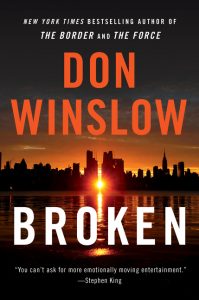 “If you haven’t read American writer Don Winslow, Broken is all the introduction you need. In six novellas, each different in focus and mood, Winslow showcases his best moves. These stories may worry you—the first, Broken, is the most confronting—but then, as Winslow makes clear, America itself is indeed broken … will make you laugh and cry, but in the end will explain why The New York Times thinks Winslow is simply ‘the greatest’. Not forgetting, of course, his prose. He crafts every sentence until it beats to a rhythm of its own … The humour may be gentle but it is acute … devastating and brilliant.” 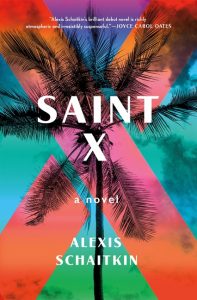 “… a fetching, charismatic, somewhat volatile heroine. One who is pure enough that you feel the enormity of her loss, but slick enough to be interesting … All these sub-narratives dedicated to minor and major characters, chapters that do little to move the plot along, could easily have resulted in a novel that buckled under the weight of its structural ambitions, but Schaitkin pulls it off without a hitch … hypnotic, delivering acute social commentary on everything from class and race to familial bonds and community, and yet its weblike nature never confuses, or fails to captivate. Schaitkin’s characters have views you may not always agree with, but their voices are so intelligent and distinctive it feels not just easy, but necessary, to follow them. I devoured Saint X in a day … Perhaps intentionally, the narrative deflates a little at the end. But perhaps this was bound to happen; after spending over 300 pages trying to understand what happened on the island that night, could the reader be satisfied by any ending? Could the bereaved?” 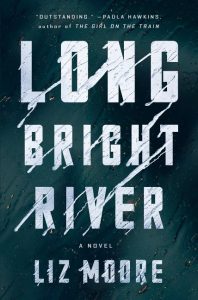 “… extraordinary … the mundane has been made menacing … Moore is an astute social observer. Her depictions of Mickey’s isolation are sharp-eyed to the point of pain … Moore is every bit as deft in constructing suspense … nervously twists, turns and subverts readers’ expectations till its very last pages. Simultaneously, it also manages to grow into something else: a sweeping, elegiac novel about a blighted city. As Chandler did for various sections of Los Angeles, Moore—who lives in Philadelphia—excavates Kensington and surrounding areas in Philadelphia, illuminating the rot, the shiny facades of gentrification and the sturdy endurance of small pockets of community life.”

The Biggest Literary Stories
of the Year: 50 to 31 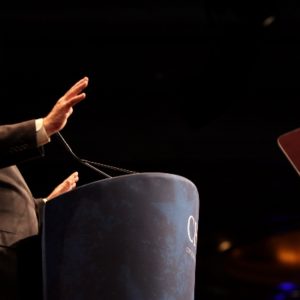