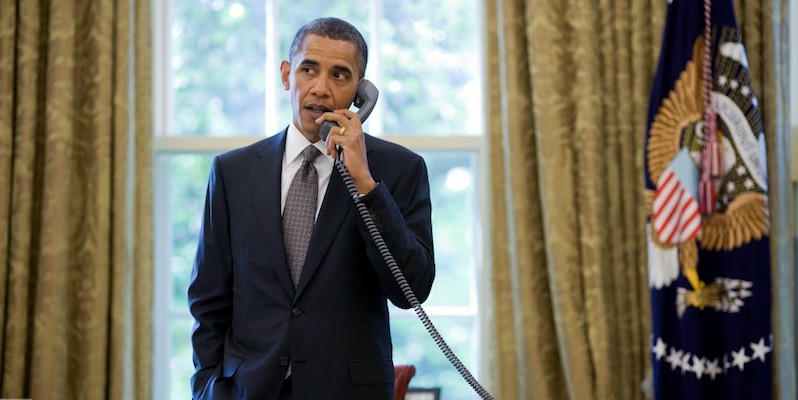 My book, The Art of the Political Putdown: The Greatest Comebacks, Ripostes, and Retorts in History, includes hundreds of putdowns over the last thousands of years. It has only been fairly recently that politicians had the courtesy to deliver their witticisms on video.

Here are my favorite comebacks from the book from YouTube era.

During a Democratic presidential debate in Iowa in late 2007, Sen. Barack Obama said he would move US foreign policy in a different direction if elected. He was asked how he would do this because several of his advisers once worked for President Bill Clinton.

Sen. Hillary Clinton, the wife of the former president and the Democratic frontrunner, laughed out loud and said, “I’m looking forward to hearing that.” The comment drew loud laughter from the audience. Obama waited for the laughter to subside and then responded, “Hillary, I’m looking forward to you advising me as well.”

Obama got the last laugh. Several weeks later, he won the Iowa caucuses and eventually the Democratic nomination. He was twice elected US president. Hillary Clinton advised him as secretary of state.

I love this anecdote because it demonstrates the power of a political comeback. In this case, it showed how a quick wit can establish one’s superiority over your political rivals. In the dog-eat-dog world of politics, nobody wants to end up on the Dan Quayle end of a sharp stick.

George H.W. Bush, having served two terms as Ronald Reagan’s vice president, ran for president in 1988. Bush selected a relatively obscure 41-year-old senator Dan Quayle as his running mate. Quayle tried to deflect questions about his age and inexperience by comparing himself to John K. Kennedy when he ran for president in 1960.

Quayle’s advisors told him not to bring up the comparison during his debate with the Democratic vice presidential candidate Lloyd Bentsen.

“I have as much experience as Jack Kennedy did when he sought the presidency,” Quayle said during the nationally televised debate.

Bentsen famously turned to Quayle and said, “Senator, I served with Jack Kennedy. Jack Kennedy was a friend of mine. Senator, you’re no Jack Kennedy.”

Bush-Quayle won the Presidential Election, but Quayle was forever reduced to a punch line in US politics.

The moral of this story is that your opposition is watching and listening to your talking points.

Four years earlier, Ronald Reagan ran for re-election but struggled in his first debate against his Democratic challenger Walter Mondale. This raised questions about whether Reagan, who was then 73, was up to the job of a second term.  Reagan knew he would be asked about his age in the next debate.

When the question came up, Reagan responded, “I want you to know that I will not make age an issue in this campaign. I am not going to exploit for political purposes my opponent’s youth and inexperience.”

In a few words, Reagan dismissed the concerns about his candidacy and easily won re-election.

During one of the Donald Trump-Hillary Clinton debates, Trump, the GOP candidate, said he had the temperament to be president but that his Democratic rival Clinton did not. “I have much better judgment than she does. There’s no question about that. I also have a better temperament than she has,” Trump said. “I think my strongest asset, maybe by far, is my temperament.”

Clinton returned to Trump’s statement in the next debate. “It’s just awfully good thing that someone with the temperament of Donald Trump is not in charge of the laws in the country.”

“Because you’d be in jail,” Trump shot back.

Trump’s comeback revealed his temperament. His supporters responded by cheering.

Roger Stone, one of Trump’s advisers, said Trump decided to run for president after being humiliated at the correspondents’ dinner.

Trump’s decision to run for president might may have come as a response to Barack Obama’s skewering of him during the president’s speech at the 2011 White House Correspondents’ Dinner. A few days before the dinner, Trump released copies of Obama’s birth certificate ending the real estate developer’s baseless claim that Obama had not been born in Hawaii as he claimed.

In his speech, Obama ridiculed Trump, who was sitting in the audience, by connecting him to other conspiracies and then joking about his judgment when he was host of the reality star Celebrity Apprentice and had to decide whether to fired celebrities Lil’ Jon, Meatloaf, or Gary Busey.

“Those are the kinds of decisions that would have kept me up at night. Well handled, sir! Well handled.”

Roger Stone, one of Trump’s advisers, said Trump decided to run for president after being humiliated at the correspondents’ dinner. 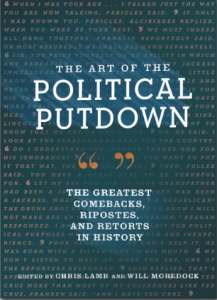 The Art of the Political Putdown by Chris Lamb and Will Moredock is out now via Chronicle Books.

Chris Lamb co-authored The Art of the Political Putdown with Will Moredock.

Falling in Love With (and In) the Library 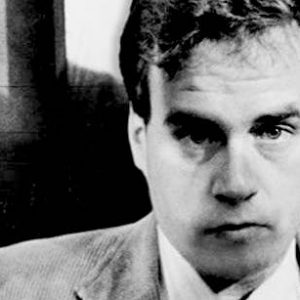 It’s still odd, after all these years, for me to think of David Carr as a writer. The broader world knew him as a writer,...
© LitHub
Back to top
Loading Comments...