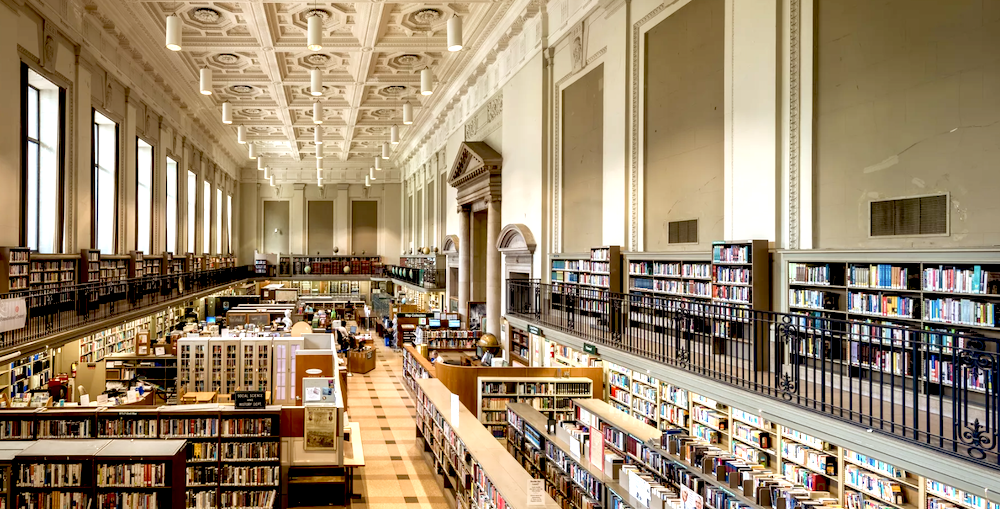 Falling in Love With (and In) the Library

Sara Martin on Discovering the Philadelphia Free Library's Digital Resources... From the Inside

I moved to Philadelphia in August of 2019 and applied for every job the Free Library of Philadelphia posted until they hired me in February as their new Outreach Specialist. In my interview I remember exclaiming, the library is too good to be true! and then clarifying that I did not, in fact, have a library science degree.

I fell in love with libraries while dating a poet who treated the library like it was Wayne manor and he was the orphaned inheritor. Our dates mostly occurred there; he’d invite me to lunch on the second floor and pull sandwich-making supplies out of his backpack like they were bootleg DVDs. The poet technically lived in a garage in Iowa City, so the library was his sanctuary (and his bathroom, often his bedroom).

My interactions with libraries up until that point had occurred with reluctance, and mostly involved printing concert tickets. I’d thought of the library as a last resort, a given option for reflection, information, and community that wasn’t all that impressive. My emotional affair with the library and its affectless generosity began when I stopped texting the poet to see where he had posted up. I wanted my search through the stacks to go on as long as it possibly could. It was an awakening akin to an exquisite hike after a sickly hibernation—the library a wilderness I had previously taken for granted.

Eventually, my relationship with the poet fizzled to a confusing $50.70 Venmo payment in the middle of the night three years after we stopped speaking, but my love for libraries remains unwavering.

My first week working for the Free Library of Philadelphia coincided with their transition to a fine-free institution. They announced this change on February 14th as their Valentine to the city and named libraries like Chicago, San Francisco, and Denver as inspirations for their decision. They cited decades of data demonstrating that fines weren’t actually making people get to the library with their materials on time; they were merely deterring them from using the library after the initial accrual of fines.

Besides denying people access to new materials, there are many other problems with the late fee system. There are the literal bills of course, but there’s also the stress fines provoke, and the strife they cause between librarians and patrons. Libraries in New York, Ohio and Virginia have even resorted to a debt collection agency called Unique Management Services that specializes in “gentle nudge” library fee recovery. Late fees also historically, disproportionately affect children and teenagers. Minors are often encumbered by late fees because of their lack of transportation and funds, and the because of older family members using their cards.

Some cities that haven’t abolished late fees have implemented creative strategies to help patrons settle their bills. Libraries in Queens and Baltimore have events called “Read Down Your Fees,” where kids can receive credit towards their fines through reading. Libraries in Nashville, Kansas City and Provincetown help patrons reduce their fines in exchange for canned goods during holiday food drives. My favorite fine reduction technique comes from St. John Fischer’s College, where students explored the library’s website and digital resources and provided feedback about its usability to library staff in exchange for fine forgiveness.

While the Free Library of Philadelphia isn’t the first major library system in the country to do away with fines, the change is in keeping with the library’s history of making dramatic changes to their model in order to successfully refocus their mission of furthering literacy and cultivating curiosity. When I started as the library’s Outreach Specialist I still didn’t understand why it was called the Free Library of Philadelphia and had assumed for months that it was just one of those redundant phrases like ATM machine. I avoided using its proper name as if it was a sandwich called The Soho Boho that I wanted to eat but didn’t want to say out loud.

But on my first day working for the library I was taken on a terrific tour by the head of security (and accomplished shipwreck diver) Bobby Endoo, and I learned that the title is actually an artifact from the library’s transition from a for-profit subscription model to a public lending system in the early 20th century.

Having a membership to a library in 1850 was kind of like having a membership to the Guggenheim nowadays. Up until the end of the 19th century, most libraries in the United States required memberships or collateral from nonmembers to access materials and children’s departments didn’t even exist until well into the 20th century, after a public model became the norm.

These membership libraries originated in Philadelphia thanks to the rise in demand for novels. Benjamin Franklin and his friends started the Philadelphia Library Company to create spaces where literary fiction and other non-religious texts could be accessed. Over the next hundred years, the demand for public lending libraries spread due to the popularity of Peterborough Library in New Hampshire, the very first public library, and Boston Public Library, which was the largest free institution in the country at the time. Philadelphia followed suit in 1894 with donations from the philanthropists Dr. William Pepper (unfortunately no connection to the soda) and the patron saint of libraries (and monopolies), John Carnegie, who liked to inscribe, let there be light on the libraries that he funded.

Learning the history of this institution has made me realize that libraries actually want to change all the time. People who work for libraries are not interested in insisting on a system that isn’t reaching anyone; they think of libraries as living documents. Libraries change as the public demonstrates what is not working for them and expresses desires for access to new literacies. This is the ultimate goal of the library: to keep evaluating and redirecting in pursuit of knowledge.

In the century between becoming a public library and a fine-free institution, the Free Library of Philadelphia has continuously examined and developed its programs and offerings. In the last five years alone, the Free Library has begun offering its cardholders musical instruments and gym equipment to check out. They have built a teaching kitchen and offer daily classes that span from celebrations of Congolese cuisine to sandwich making for teenagers to nutrition classes for high-risk adults to breakdowns of food access points around the city. The Free Library has also figured out how to combine literacies such as teaching language classes alongside cooking classes to jump-start practical applications of a second language. The library desperately wants to know what you need, want, are curious about and they are better at delivering those things when you use their resources and tell them what else you’d like access to.

When I first began writing this piece, public libraries were not closed across the country because of Covid-19. When it was clear that a shutdown was inevitable, I pivoted from promoting the Reading Olympics to a crash course on promoting our digital resources. What I discovered through this shift is that the library has been keeping up with our digital habits all along.

Librarians, program managers and outreach specialists literally spend their days trying to read the minds of their communities.

I have been completely astounded by the amount of materials that people can access from home with their library cards, have fallen in love with this institution all over again and taken a good, scrutinizing look at my comfortable streaming subscriptions. For those who don’t have a library card right now, many libraries—including Los Angeles Public and Houston Public—are allowing people to sign up for library cards online and are granting access to digital materials immediately. Other libraries, New York City included, who are unable to issue new library cards right now, are still coming up with solutions for its residents by diverting the library curious to accommodating services like SimplyE, a free app with access to hundreds of thousands of e-books.

I propose we use this time at home as an opportunity to reacquaint ourselves with our library’s digital resources and actually reckon with what is freely available to us. Let’s consider that libraries are more reflections of their patrons than the patrons are reflections of the library. As you evaluate and embrace your library’s digital resources, their streaming services, e-book availabilities, music databases and remote learning resources for kids, acknowledge if there is something that you wish was there that isn’t there. Librarians, program managers and outreach specialists literally spend their days trying to read the minds of their communities and the more that people actually use these services and identify gaps in them, the more accommodating they become.

The worst thing that can happen to libraries, both the physical and digital spaces, is that they underperform, are perceived as unwanted and are unable to continue procuring funds for new resources. It might take more of an unlearning than we realize to become true library people because it goes against the way that everything else works but this is a time for creating new habits, evolving and redirecting ourselves in pursuit of knowledge (and sanity) just like the library has been doing for centuries.

The Case for Teaching Depressing Books 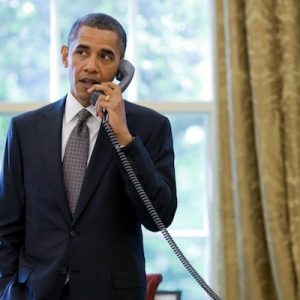 My book, The Art of the Political Putdown: The Greatest Comebacks, Ripostes, and Retorts in History, includes hundreds of putdowns...
© LitHub
Back to top