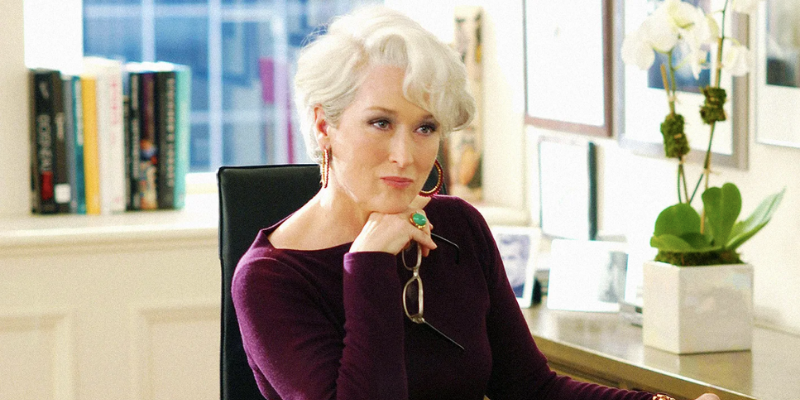 I can’t watch a feel-good rom-com or cute TV show without someone working in our industry. If they’re not writers, they vaguely work in book publishing. Or there’s a meet-cute at a bookstore. Or they work at a magazine/website. And as we all know, behind every magazine/website, there is a real character of an editor-in-chief. Some are demanding beyond the realm of reality. Some are actually inspiringly nurturing. One thing’s for sure: they’re all memorable as hell! And, hey, if anyone in Hollywood is reading this, we are open to a mini series. 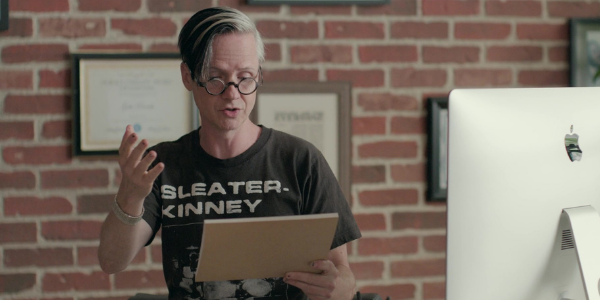 Place of Work: The Thorn

Known For: Being generally bad at his job, cruel to his staff (except Ruthie; we all love Ruthie!), and fatphobic. Gabe really liked to believe he was an anti-establishment hero… Turns out, this white man was the establishment all along! 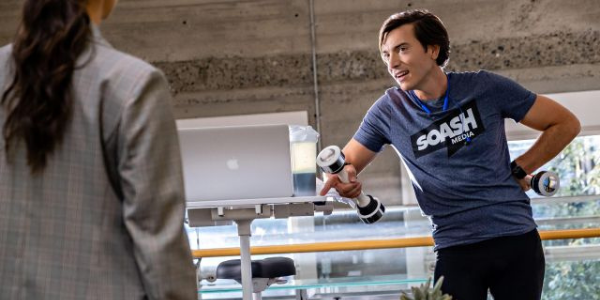 Known For: Making money off his staff writer’s sad love life. (See: “Disaster for you is a hit for me.”) Exercising excessively during business meetings. 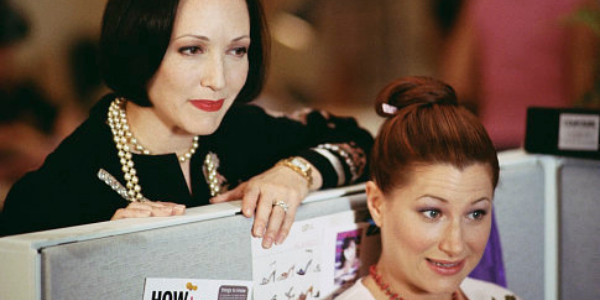 Best Advice: “Who will use Michelle’s personal life for a story?” Sorry, it was the early 2000s, and we were all doling out our traumas for clicks.

Known For: Keeping Kate Hudson on the hook, promising that the advice columnist will get to write about finding peace in the Middle East… soon. 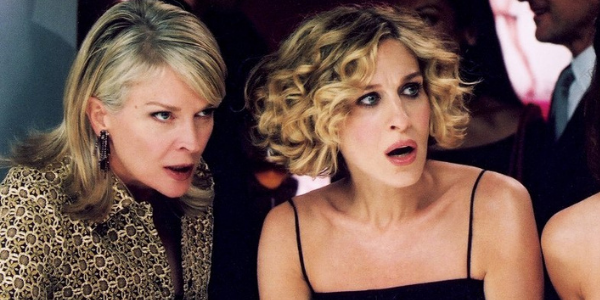 7. Enid Frick, Sex and the City

Best Advice: “Forty is the last age a woman can be photographed in a wedding dress without the unintended Diane Arbus subtext.”

Known For: Actually editing, which was a shock to one Carrie Bradshaw. She does at some point demand that Carrie find her a date, and then proceed to hit on Carrie’s boyfriend, which is less than ideal. 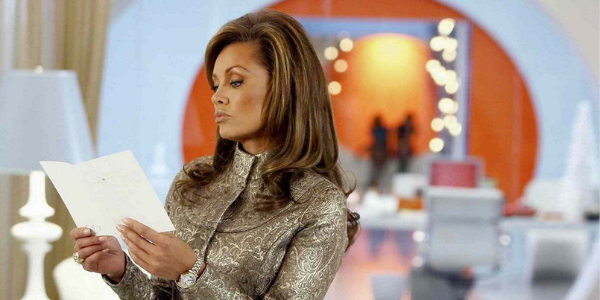 Best Advice: “I will not be constantly overruled by two silly white boys.” It’s evergreen. A mantra if I’ve ever heard one.

Known For: Her boundless motivation and undying desire to become Editor-in-Chief. She wasn’t afraid to do what it took to get to the top, and I admire that. I suppose I have to subtract some points for her all murder plots, though. 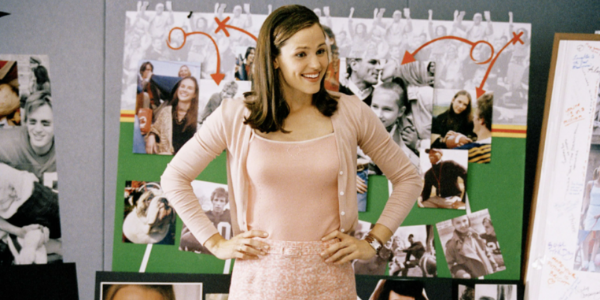 Best Advice: “Let’s put life back into the magazine. And fun and laughter and silliness. I think we all—I think all of us—want to feel something that we’ve forgotten or turned our backs on because maybe we didn’t realize how much we were leaving behind. We need to remember what used to be good. If we don’t, we won’t recognize it even if it hits us between the eyes.”

Known For: Fun work presentations. Expressive outfits. Earnestness! (I mean, all after she becomes a 13-year-old in a grown woman’s body. Before that, she was a terrible back-stabber who would have ranked much lower on this list.) 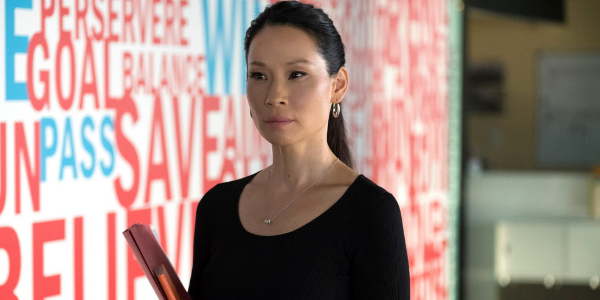 4. Kirsten Stevens, Set It Up

Place of Work: The Line Up

Best Advice: “Tell me something I don’t know!!”

Known For: Being a tough sports journalist. Exposing the exploitation of young college athletes. Telling “the story behind the score.” Never leaving her office. In fact, she has a cot in her office for power naps. Even though she’s a monstrous boss, at the end of the day, she genuinely seems to want young Harper to succeed. There’s that sweet moment when she calls her assistant into her office and says, “I see so much potential in you, but you have to have tough skin. So if I’m the most awful person when this shit storm of an industry is hard on you, I know that you will be prepared.” Mixed feelings on this. Sure, but also, pay your assistants better and have clear boundaries! 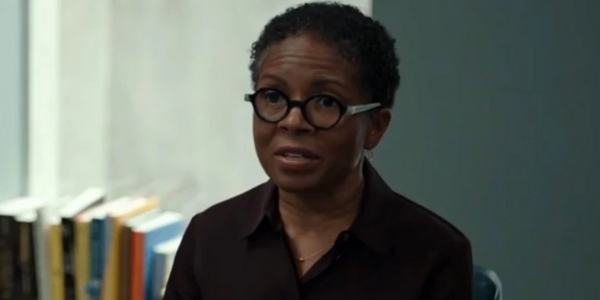 Best Advice: “In Sicily, every year […] there’s a practice called mattanza. The fisherman—they wade into the Mediterranean Sea. The water is up to their waist. They’ve got their clubs and spears in hand. And they stand there. Very still. For hours. Till the fish start to gather around them. Because the men are so still, and they’ve waited so long, the fish don’t even realize they’re there. They think they’re part of the scenery. But then… once there are enough fish gathered… someone gives the signal, and then BAM!!! Bam, bam, bam!! BAM! BAM! So, you see? We wait.”

Known For: Helping break the Theranos case. Standing by her writer, even when he gets testy with her. 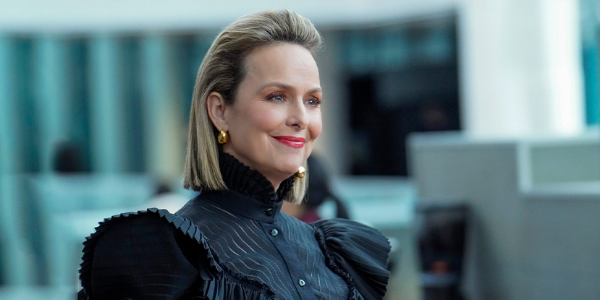 Known For: Generally being good at her job. Also, caring deeply. There’s this one moment I think of often, when Jane’s “Carry the Weight” piece, about sexual assault, comes out. The article centers on a young woman holding weighted scales in the park to protest the lack of justice in her own case. Jacqueline had really guided her writer in the process of handling this difficult topic. That night, our favorite trio leaves a fancy party to go stand in the park and be with that woman in solidarity. Jacqueline, a survivor herself, also shows up. Honestly, Jacqueline is low-key everyone’s ideal boss. She’s firm but very fair. She can be fun! She pushes her staff writers to dig deeper. She clearly wants to be a mentor to the next generation. My only caveat is I question her judgement in picking Tiny Jane as her protege. 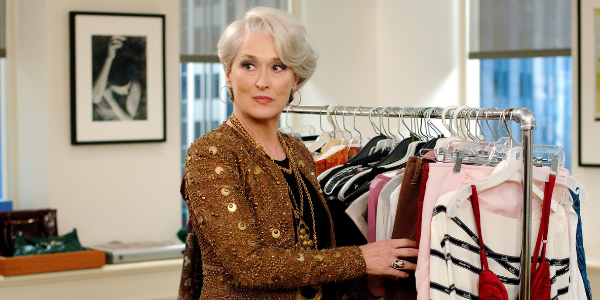 Best Advice: “Florals? For spring? Groundbreaking.” (See also: “Truth is, there’s no one who can do what I do.”)

Known For: Her impeccable taste. Going through assistants (and husbands) like salt water taffy. Liking her Starbucks hot like the sun. Expecting you to know where to get the unpublished Harry Potter manuscript. Obviously, Miranda Priestly is the iconic magazine editor. She’s mean, but she knows how to play the game, and she sees the whole board. Is she actually a good boss? Does it matter? There’s so much we can learn from her still! (“R.S.V.P. yes to the Michael Kors party. I want the driver to drop me off at 9:30 and pick me up at 9:45 sharp.”)