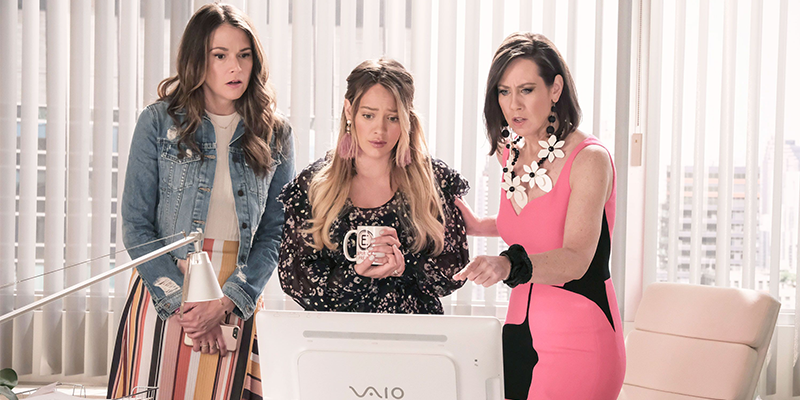 If you have ever watched TV, it will come as no surprise to you that Hollywood is weirdly obsessed with books and the people who work around them. A lot of movies (especially rom-coms) revolve around bookstores (hello, You’ve Got Mail) or writers (literally pick any movie). I think it’s because being a writer/editor, to them, signifies creativity without being too close to their own industry. If you’ve ever had the misfortune of watching a TV show or movie with me that involves anything about publishing whatsoever, I am sorry, because I am one of those annoying people that loves to explain every reference and point out all the details they got wrong. And now I am going to make good use of the hours I have spent cataloging this knowledge, by ranking these fictional publishing houses based on the very scientific method of my feelings. If I’ve missed any, please feel free to comment; I could use another rec. 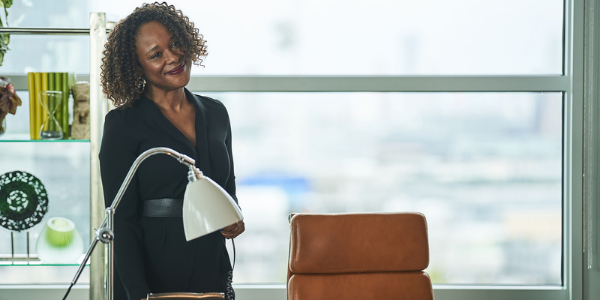 10. Henny House, I May Destroy You
Notable books: The Sundial by Della Croydickie
Major editors: Susy Henny, who is eager to capitalize on books about assault and obviously does not have her writers’ best interests at heart.
Also known for: Publishing and protecting known abusers. -∞/10. 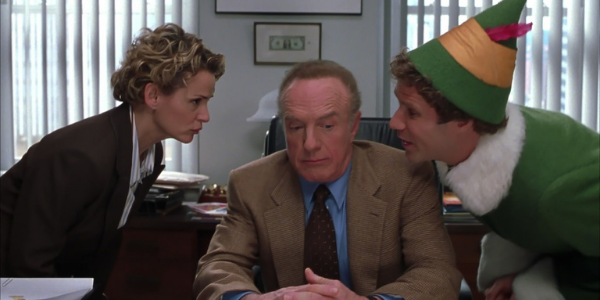 9. Greenway Press, Elf
Notable books: A children’s book that was accidentally printed with missing pages
Major editors: Walter Hobbs (James Caan), who definitely doesn’t care about children
Also known for: Bringing in a beloved children’s author (Peter Dinklage) and paying an exorbitant amount (likely more than an assistant salary) for him to brainstorm with them for an hour. Who exactly is going to write the sentient vegetable book outlined by Peter Dinklage? Deeply unclear. How are they going to get that printed by Christmas Eve? Also deeply unclear. 2/10 business plan. 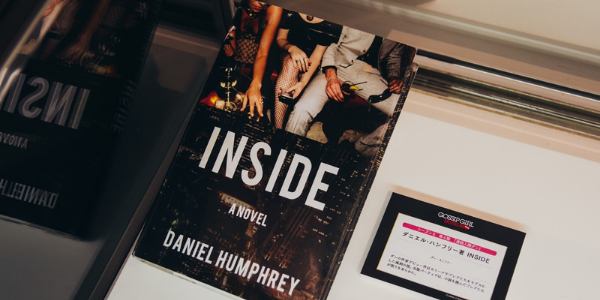 8. Simon & Schuster, Gossip Girl
Notable books: Inside by Daniel Humphrey
Major editors: Jonathan Karp, the actual publisher of Simon & Schuster, who did indeed cameo in an episode
Also known for: Listen, publishing knows a mediocre Brooklyn-based white man when they see it! 10/10 realistic. 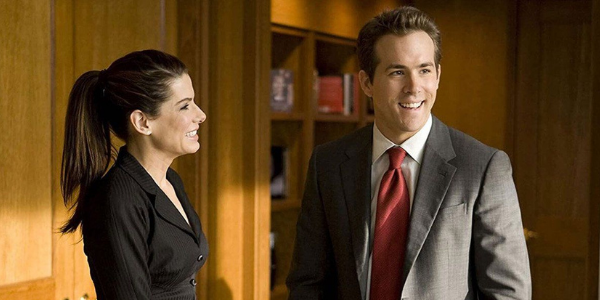 7. Unnamed publisher, The Proposal
Notable books: N/A
Major editors: Margaret Tate (Sandra Bullock), the only not-nice Canadian in all of Hollywood. She runs the NY-based publishing company and is absolutely despised by everyone in the office, especially her assistant, Andrew Paxton (Ryan Reynolds), who she treats as a punching bag and eventually coerces into marriage for a last-minute visa
Also known for: Honestly, if this is the person in charge of the publishing house, I have a lot of questions about her other decisions. Probably never meets deadlines and drives the production department crazy. 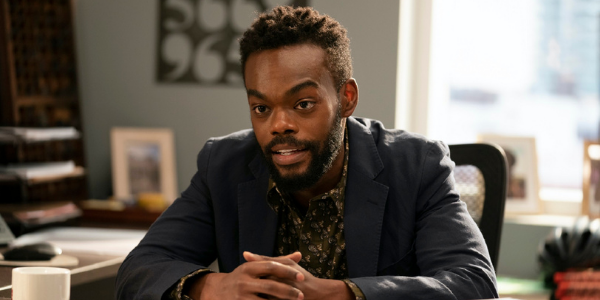 6. Sutton Court Publishing, Love Life
Notable books: Hopefully that untitled manuscript that Marcus was super excited about that takes place in an alternative universe in which Haiti was never colonized
Major editors: Marcus Watkins, hunky editor and aspiring writer (NB: He was the saving grace of the company, and I would totally rank this house higher if Marcus was still a senior editor here by the end of the show.)
Also known for: Performative allyship, particularly after #BlackLivesMatter starts trending. 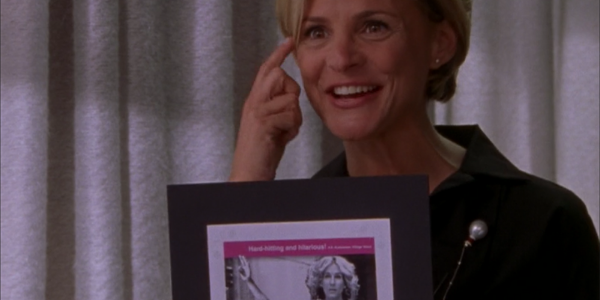 5. Unnamed publisher, Sex and the City
Notable books: Sex and the City by Carrie Bradshaw and whatever Jack Berger wrote (less notable)
Major editors: Amy Sedaris and Molly Shannon
Also known for: Carrie’s column-turned-books were obviously major successes, but there was that awkward time when her editors sent her to California and didn’t tell her she would be doing an opening reading for a dog. Also, they consistently bring her the worst covers, a trend that has persisted through And Just Like That… 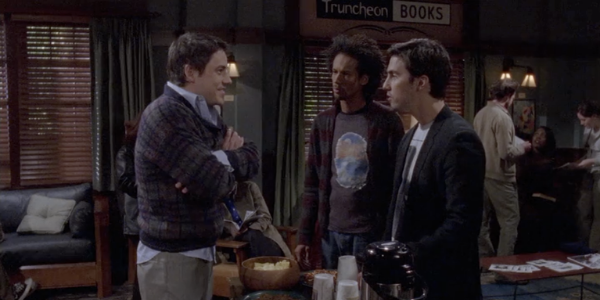 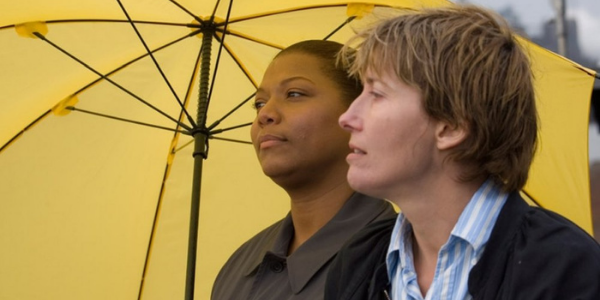 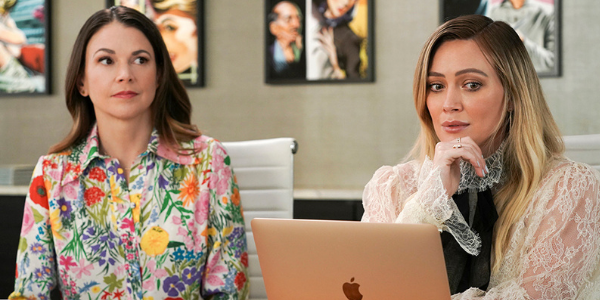 2. Empirical Press, Younger
Notable books: Crown of Kings (Game of Thrones), P is for Pigeon (H is for Hawk), Man-hattan (Sex and the City)
Major editors: Kelsey Peters (Hilary Duff) and Liza Miller (Sutton Foster)
Also known for: Younger is definitely the show that’s been most tapped into real-world publishing. (By my estimation, they’re very loosely based on Grove Atlantic—if Grove also published Game of Thrones.) But, okay, the plot where twenty-something-year-old Kelsey takes over the company? 1/10 plausible. Still, we love to see them shine! And they’re not afraid to throw stuff to the wall and see what sticks. Their underground reading series? Would attend! And they have a lot of heart, which always saves them in the end. Except for the fact that they think pub day always falls on a Wednesday (it’s Tuesday) and they simply refuse to acknowledge that Lit Hub exists. 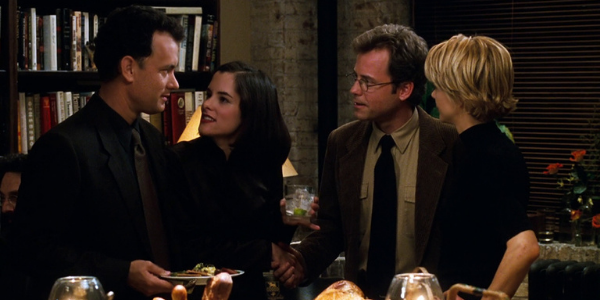 Like Loading...
Elf Gilmore Girls Gossip Girl I May Destroy You just for funsies Love Life publishing Sex and the City Stranger than Fiction The Proposal tv and film What to Watch You've Got Mail Younger
© LitHub
Back to top
Loading Comments...
%d bloggers like this: