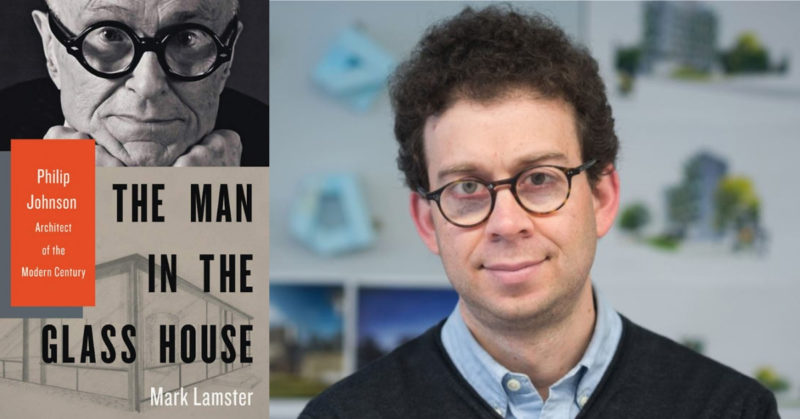 In this 31 Books in 30 Days series leading up to the March 14, 2019 announcement of the 2018 National Book Critics Circle award winners, NBCC board members review the thirty-one finalists. Today, NBCC board member Mary Ann Gwinn offers her appreciation of biography finalist Mark Lamster’s The Man in the Glass House: Philip Johnson, Architect of the Modern Century (Little, Brown).

Philip Johnson used his inherited fortune to pursue his passions—fine food, high society, art, architecture, and for a time, radical right wing politics.  A colleague and contemporary of the Rockefeller family, founding curator of the Museum of Modern Art’s architecture department,  Johnson was also a Nazi sympathizer in the runup to World War II, advocating for Third Reich principles in the U.S. and meeting up with Nazi officials on his European tours. A consummate socialite and Harvard graduate, he supported populist Louisiana governor Huey Long and anti-Semitic radio commentator Father Charles Coughlin.

Just as his political beliefs shifted (he would spend the rest of his life downplaying his right-wing sympathies), so did his professional career. Though he was considered a pioneer of 20

th century modernist architecture, his styles and influences shifted and morphed. “Johnson was a historicist who championed the new, an elitist who was a populist, a genius without originality, a gossip who was an intellectual, an opportunist who was a utopian, a man of endless generosity who could be casually, crushingly cruel,”  writes architecture critic Mark Lamster in his new book “The Man in the Glass House: Philip Johnson, Architect of the Modern Century” (Little, Brown).By the end of his long life, Johnson was still, in many ways, unknowable.

Lamster captures a brilliant, restless, conniving, ambitious man. Improbably gifted, richly supported by family money, Johnson mounted landmark architecture and design exhibits at MOMA and donated thousands of artworks to the museum. He mentored young architects and created his own architecture firm.  By the second half of the 20th century his influence had turned him into  “the godfather of American architecture,” wrote architecture critic Paul Goldberger in a New York Times review of Lamster’s book.  He designed some landmark buildings, including his own residence, the “glass house” in New Canaan, Connecticut, Pennzoil Place in Houston, the original Four Seasons Restaurant in New York and Manhattan’s AT&T tower.

But many other Johnson designs were pedestrian, jarring or forgettable. His architectural allegiances shifted over time; originally a Mies van der Rohe acolyte, Johnson embraced postmodernism, and by the end of his career, many of his buildings, built for corporations in the boom years of the Reagan era, were mashups of clashing influences and his clients’ practical demands. “I do not believe in principles, in case you haven’t noticed,” Johnson once told fellow architect César Pelli.

It is this shapeshifting quality that makes Johnson hard to grasp, and he was never much for self-disclosure. How could a man who supported the Nazis, who watched Polish villages burn from the sideline as the Nazis invaded them, later design synogogues and an Israeli nuclear research reactor? How could a tastemaker who followed and preached modernism become a convert to the baubles and trimmings of post modernism? Lamster does not try to fully explain, extoll or damn Johnson; he presents him in all his contradictions, and views the inner workings of American architecture with an unblinking gaze.  His book is an acute profile of both a man and his profession: in The Nation, Kate Wagner wrote that The Man in the Glass House “

reveals in great detail how Johnson, in collaboration with a small number of powerful cultural institutions (and the billionaires that funded them), determined who would become the next generation’s architectural stars. Little by little in Lamster’s book, the hoary narrative—still bafflingly predominant in today’s architecture world—of the scrappy young draftsman pulling himself up by his bootstraps to become a great architect through hard work and talent is relentlessly dismantled. ”

Mary Ann Gwinn writes about books and authors for the Seattle Times, Newsday and other publications. She won the 1990 Pulitzer Prize for National Reporting for coverage of the Exxon Valdez disaster, and has chaired both the nonfiction and biography committees for the NBCC. She’s on Twitter at @gwinnma. 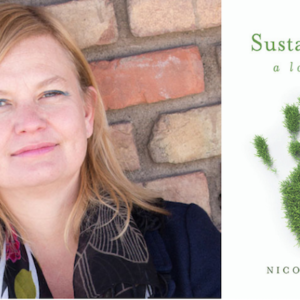