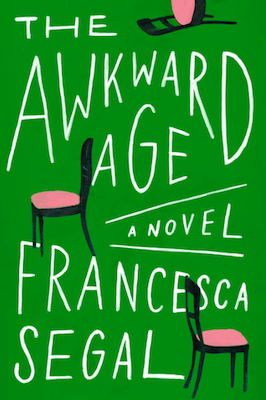 The following is from Francesca Segal’s novel, The Awkward Age. This is a story about the modern family. Julia has fallen in love with James, who is everything she didn’t know she wanted. But, her teenage daughter, Gwen, doesn’t like him very much. Francesca Segal is an award-winning writer & journalist. Her first novel, The Innocents, won the Costa First Novel Award, the National Jewish Book Award for Fiction, the Sami Rohr Prize, & a Betty Trask Award.

Though Pamela had not grown up with Thanksgiving, as a hostess she had nonetheless managed to capture its essence: a day on which hardworking Americans are required to spend upward of five hours on a freeway (one way) in order to eat turkey, very late, in the twilit company of family members avoided the rest of the year. With no nearby relatives of her own, Pamela ensured a little friction by populating her parties with ill-assorted friends, colleagues, and acquaintances from yoga who had in common only that each could think of nowhere better to go. Julia and James’s journey from the hotel had been nothing compared to those of a recently divorced speech and language therapist who had driven from Amherst past three accidents and a two-mile lane closure, and a professor of pediatric oncology who’d been on an unsuccessful date with Pamela several months earlier, who had been on I-95 since eight a.m. and now, slightly sickened by a large Dunkin’ Donuts pumpkin latte and a bag of powdered donut holes, was mutely nursing a Calvados and wishing he’d stayed at home. The most cheerful guests were twin toddlers currently chasing one another with peacock feathers, overdue for a collapse into sticky, corn syrup tears.

Julia did as expected. She ate dry, lukewarm slices of turkey breast—cruelty-free, Pamela assured her. She tasted sweet potatoes topped with blackened marshmallows, as cloying as imagined, and far more delicious. She compared gelatinous tinned cranberry sauce to Pamela’s glossy homemade rendering and dutifully admired the latter (the recipe handed down through James’s family). She sipped luke-warm too-sweet apple cider in which sharp shards of cinnamon bark bobbed, and in which there was regrettably no alcohol. She met mid-wives and doulas, a hypnobirthing expert and a drunken, florid acupuncturist. She listened while Pamela described to a widening circle of listeners the day that James, as a young resident, had stitched up a new mother with such assiduity that he had closed off her urethra and had then had to call her back into the operating room to confess and remove three stitches. Julia saw that this anecdote was intended to make James look foolish and that it succeeded, noting its effect upon James himself: a rigid tension in his jaw. “Who really needs to pee, right?” He shrugged, as if telling a deprecating story himself, but it was clear he was not happy.

Though this visit had been his own initiative, James had seemed frantic to leave almost as soon as they arrived. Julia now understood that he and Pamela were friends only on the telephone or by text message, and in the reassuring narrative he told himself about the end of his marriage. They were amicable when the Atlantic lay hugely between them, but in person were irritable and competitive. James evidently found his ex-wife aggravating, but was too much a gentleman to say it. What he did say, coming up behind Julia, slipping his hands around her waist and speaking low and urgently was, “I need to leave ten minutes ago.” She squeezed his forearm and promised to find Gwen. The visit had been instructive, and Julia was now glad they’d come.

She was scanning the room when she felt her phone vibrating and glanced down to see that it was Philip. It was, Julia calculated, quarter past one in the morning in London. Philip had never called her after half past nine.

“Yes, maidele, please don’t worry, I’m fine. Have you got a minute, though?”

“Of course.” She went up the winding staircase and closed herself in a spare bedroom, next door to Pamela’s own boudoir where earlier, among gauzy scarves and crumpled piles of silky garments, she had been forced into Pamela’s socks. Here hung the guests’ damp coats on a cloakroom rail, and behind it various items necessary for attending home births. Three cylinders of oxygen were aligned against one wall, and beside these was a tower of loose plastic packets of absorbent pads. A stack of bedpans stood on the bedside table. The large bed was made up with a crocheted blanket in shades of sage and umber and orange. Julia sat down, only to roll sideways. A waterbed, she realized, righting herself and feeling a liquid, undulating wave lift and fall beneath her. She stood up again feeling tricked, and slightly foolish.

“There’s nothing for you to worry about, but I just wanted to let you know that Mole hasn’t been very well, he’s with the vet now and they’re taking good care of him.”

“Now? It’s late, how did you get him there? What happened?”

“I took him in a little while ago but I wanted to stay and see what they said. He’s dehydrated, primarily, so they’ve put him on fluids and they’ll see what’s what overnight.”

“By the time I left him just now he was wagging his tail; dehydration does make one miserable. He looked better in half an hour. I wouldn’t have bothered you, only I thought you might have spoken to Iris and worried.”

“Thank you. I’m so sorry it’s kept you up. Are you okay? You must be exhausted.”

Julia stepped out into the hallway and peered over the banister to judge, swiftly, whether anyone could hear. Closed in the spare room once again she said, “Pamela is quite a big personality, shall we say. I don’t really think she’s your cup of tea; she’s written a book about orgasm in childbirth.”

“God help us,” said Philip, with a chuckle that turned, almost instantly, into a cough. “As if birthing mothers don’t have enough to worry about.”

“She’s signed a copy for you.”

“I look forward to it. How’s my granddaughter?”

“Good, I think. The girls get on so well.” This was her own favorite reassurance. She sat down again, gingerly, on the waterbed. “I should probably go back, I’m lurking in a spare room with all her medical equipment.” She peered into a bag that lay open by her feet and saw a package of empty syringes and pink-tipped needles in sachets; glass bottles; and tubes. She picked up a tiny vial that contained a coarse white powder and shook it, speculatively, and then returned it. “I’d much rather hide in here talking to you, it’s so lovely to hear your voice. Are you really not worried? Should I say something to Gwen? She’d be devastated if something happened to him.”

There was a long pause. “He is twelve, you know.” Philip said this very gently. “But don’t think about it now. Iris and I will go and see old Mole in the morning.”

Julia waited a moment before descending. Gwen had been very little when Daniel had come home with a puppy, and his decision had taken Julia by surprise as in those days they had still been trying for another baby. Perhaps he’d guessed it might take longer than they’d hoped; at that stage he could not have imagined that it would never happen. With hindsight, she thought, tiredly, he had probably been trying to force to a close that fraught and unlovely chapter of their marriage. In the early years Gwen had fawned over Mole, dressing him in hats and outfits and trying to draw him into her games, with mixed success. Later her enthusiasm had waned; for years he had seemed part of the furniture and had been, in truth, Daniel’s dog, for it had been Daniel who’d walked and fed him, groomed him and planned their weekends for his amusement, choosing pubs that were dog-friendly and walks that Mole might favor. He took after his father (Philip had almost become a vet, before choosing medical school). But after Daniel had died, Gwen had turned back to Mole. They both had, Julia realized, and had each focused deliberate love and energy upon him as a proxy for Daniel himself. The warmth of the dog’s rough fur had soothed her; at night when he lay next to her on the sofa Julia sought out the quick, steady gallop of his heart beneath her hand. She and Gwen had often agreed about Mole’s wisdom, an impression that had deepened since the coarse fur around his eyes had turned from black to ashy gray. Mole’s mortality, like Philip’s, like Iris’s, like her own, in fact, was just one more item on an extensive list of impossible, uncontrollable anxieties. They would all have to go on living because they simply had to, for Gwen.

She knew that Iris and Philip thought she’d coddled Gwen, that Julia failed to admonish small rudenesses, that she reflexively lifted responsibilities off Gwen’s shoulders. But why deny any wish so easy to grant? Julia had never minded what they had for supper; so easy to let the little girl decide. Why care about report cards, or place emphasis on schoolwork that frustrated or upset her when to build her own miniature refuge in clay brought a smile to her face, and connected her to an online world when she had been so lonely in the real one? All adult life lay ahead in which to do laundry and pick up crumpled jeans, to learn—as Julia’s own mother had never allowed her to forget—about the Sisyphean battle against entropy and chaos that was maintaining a household. What innocent liberty it was, to believe that a water glass left empty on a bedside table would appear, clean, back in the kitchen cupboard. So little magic remained for her. And so Mole could not be ill because Gwen would be unhappy, and Julia could not bear for her daughter to be unhappy again. Committed pessimism was supposed to offer this single, ultimate benefit—that one could never be sideswiped by sadness. It was only now that she realized her vigilance had slipped. She had stopped—so foolish!—she had entirely ceased worrying about the dog. And now look.

From The Awkward Age. Used with permission of Riverhead Books, a member of Penguin Group USA (LLC). Copyright © 2017 by Francesca Segal.

Why Are We So Afraid of Female Desire?

Reading Across America: How to Brand Your Reading Series 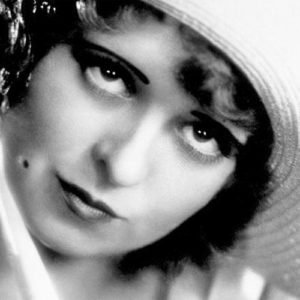 Why Are We So Afraid of Female Desire? There are many stories in history and legend where rampant females are seen as posing a particular threat to the social order. In...
© LitHub
Back to top