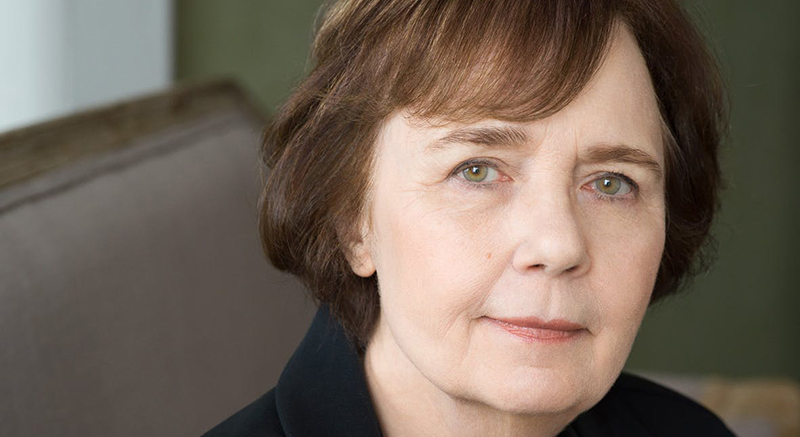 From colonial times when qualities valued for sought-after wives were that she should be civil and up to 50, to proposed legislation in 1915 that would have made it illegal for a woman over 44 to wear cosmetics for the purpose of making a false impression, to today when we celebrate Ruth Bader Ginsburg lifting weights and issuing wise Supreme Court decisions, we are reminded that the stature of older women has been a roller coaster rides over US history. These tidbits are a smidgen are what we learn in Gail Collins’s new book, No Stopping Us Now: The Adventures of Older Women in American History, out now from Little, Brown.

On her love for Martha Washington:

Gail Collins: I love Martha Washington. I never thought I would say that.

Roxanne Coady: You don’t even hear much about her except that she was a wealthy widow who married George Washington.

Gail: Exactly, and that’s sort of the point. She was a wealthy window. She had two children. She fell in love with George, and they got married. Of course, he took over her stuff. You don’t get to keep your business once you’re married. They fixed up Mount Vernon with her money. If you’re wealthy, then you were important in those days when there were no hotels around. You’re expected to take in any middle-class traveler who’s wandering down the road. Martha would have three hundred guests a year. Some of them would stay a month or more. She was basically running this massive hotel, keeping all these people happy and after dinner entertain them all because George would escape to his study.

Roxanne: He would leave her?

Gail: Yeah, and she would be stuck entertaining the usually male guests. One of them wrote back at some point and said that he had such a good time talking to Mrs. Washington, and that if this keeps up some day I may be reconciled to the idea of old women. At the time, I believe he was fifty-six and she was sixty-two, but she was the old woman and he was the young, gay guy out on the road. She did all these things, and during the water she was at Valley Forge. She encouraged the troops. She was supportive of George in every possible way in his life. The one thing that did not happen is that they didn’t have children together, which was clearly something about George even though he liked to hint that it was something to do with Martha.

Roxanne: Even though she had two kids in her previous marriage?

Gail: Right, and she was still in her twenties when she got married to George, so it wasn’t like she was too old to do it again. However, the vision of what a woman was ought to be by the time we got past colonial America and into the 1800s was so much about motherhood that Martha got ignored completely, and when they wanted to write about the woman in George’s life they wrote about his mother, who he hated. They had nothing to do with one another, but she was the one who got celebrated and not poor Martha.

Roxanne: One fact that stunned me was the fact that Martha Washington and other wives of other soldiers were at Valley Forge during the Revolutionary war. When I think of Valley Forge, those days of that battle being the most abysmal of conditions, yet they were there. Doing what?

Gail: I can’t say that Martha was living in one of the tents of the ice floes, but they had little houses for the officers. She was cooking and helping the wounded. Basically, all the women were spending their time trying to help the wounded soldiers to survive the winter.

On the early women who ran for political office:

Gail: All the women who got into Congress early on were the windows or the daughters of dead Congressman. They inherited the seats, they weren’t people in the community who decided to just run for office.

Margaret Chase Smith’s husband had been a Representative, and he was a bad husband. He was constantly having affairs and giving her social diseases, but she persevered and she was this very majestic and had a great demeanor. She became a member of the House of Representatives, and she really liked it. She became the first woman in Congress to call out Eugene McCarthy for his anti-Communism and driving everyone crazy and ruin people lives. She stood up to people and decided she wanted to be a Senator, and she was the first woman to run for Senate on her own. She got elected, and she was a great moderate Republican, the kind we don’t have anymore. She was tough on military needs, but was very conscious of social needs, fairness, and discrimination issues.

Barry Goldwater was looking like to be the candidate for President in 1964, and she thought she would be a much better President than he would. So she went out, and all of the stories around her candidacy started out with, “Sixty-six-year-old woman is running for President…” She complained about the headlines, and the Los Angeles Times ran a headline that stated, “Sixty-six-year-old woman complains about being called sixty-six.” She couldn’t get away from it. One of the LA columnists said the right time to run for President is in your fifties, but women in their fifties have a physical condition that makes them irrational—menopause—so they can’t do it then. Basically, he was saying we could never have a woman run for President because it would never work out.

On the irony of the current Democratic candidates and age:

Gail: In the Democratic lineup right now, we have four people in their seventies, and the only one whose age is never really talked about is Elizabeth Warren’s. The three guys are constantly discussed, and it’s because she looks so great. She’s so athletic and vibrant. She’s hopping around all over the place that aging is not something people tend to worry about when they think of her, unlike Bernie Sanders and Joe Biden. She is who she is, and she’s doing fine.

Roxanne: That’s my impression. What better evidence—whatever you think of her policies—as I’ve never heard her age brought up.

Gail: To tell you the truth, it’s not the age thing, but the woman thing still exists. Some day it will be overcome, and once it is we’ll get use to it. However, the woman thing is still out there. There is still a sense that women are different. A Vice President would be a nice job. That kind of stuff. We still haven’t gotten past that sense once it comes to Presidential politics.

On the current Democratic candidates:

Gail:I could go with all of those at certain points of time. Certainly, I am worried. You want this to be the best possible candidate, and in almost all of them you find some potential flaw that makes them not nearly as bad as prospect as Donald Trump but you can see being a problem during a campaign. Joe Biden has a lot of trouble delivering his message and giving answers that work out, are not wildly defensive, and are coherent. Pete Buttigieg is doing well in Iowa but has had no luck whatsoever making any inroads in the black community. No Democrat is going to get elected unless he or she has enthusiastic support from the black community so the turnout is very high. Kamala Harris: I’m sorry for her troubles, but she was not a very good candidate. Her campaign was disorganized, and she had a lot of trouble coming up with policies to stick to that you thought were hers. She’s a fun person and really great to talk to, but she did not seem that presidential to me.

Elizabeth Warren is somebody who is growing so much over the last ten years. The first time I met her she reminded me of my ninth-grade teacher. She just figured stuff out. She’s gotten much sharper, funnier, and at ease. I have some hopes that she’ll continue to grow.

Roxanne:Do you worry that her policies will mean that she lose independence?

Gail: It’s great that we can talk about policies and are past where everyone is talking what you look like or how old you are. The Medicare For All thing is difficult to sell, and she’s trying to mush around it.

Gail Collins is a columnist for the New York Times. From 2001-2007 she was editorial page editor of the paper—the first woman to have held that position.

On John Brown and the Rise of the Radical Republican Abolitionists 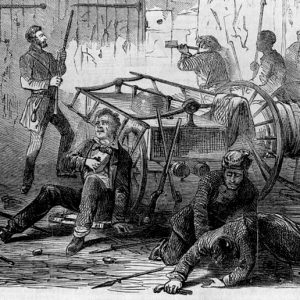 On John Brown and the Rise of the Radical Republican Abolitionists

George L. Stearns looked the part of the most Radical Republican in America, with fervent eyes and an unusually lustrous...
© LitHub
Back to top