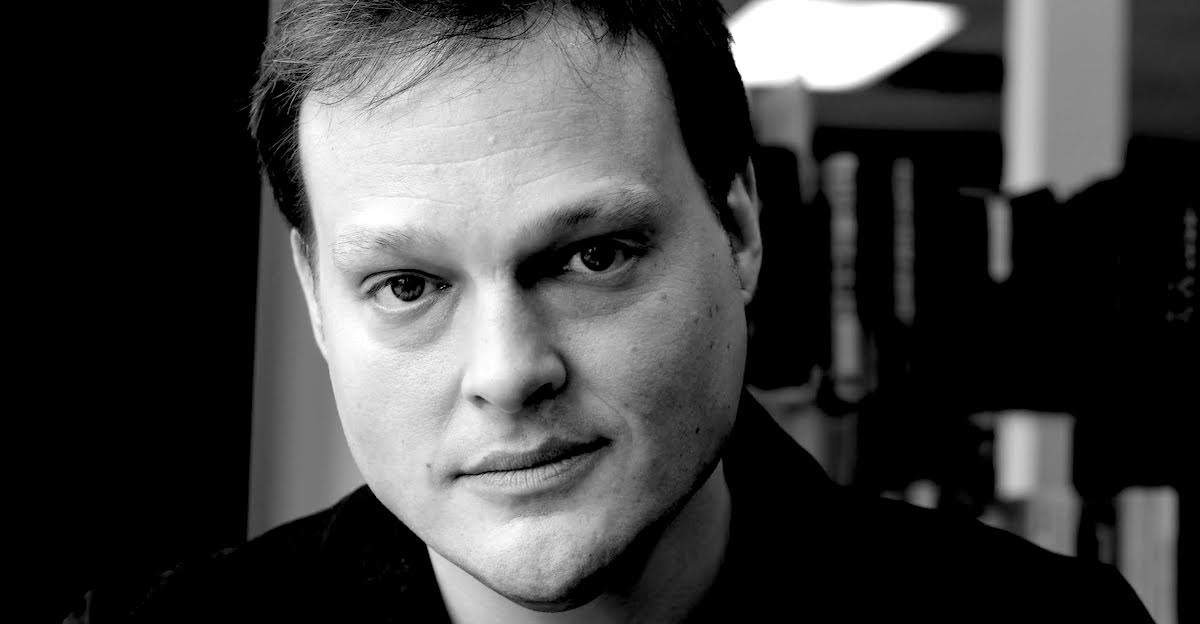 The Author of Cleanness in Conversation with Brian Gresko

Greenwell meets me one evening at the White Horse Tavern, a location I select based on its literary history—the poet Dylan Thomas is reported to have downed his last drink at this venerable pub in 1953. It’s been 12 years since I’ve been here though. What I find isn’t a storied dive but a generic sports bar, hair metal and televisions blaring as finance bros talk real estate and guzzle bland lager in chunky glass mugs, a space impossible for careful thinking let alone conversation. “I’m happy to stay if you’d like,” Greenwell graciously offers, but I’m so desperate to go I leave most of my beer behind, and we set off into the brisk black, heading down West 11th street.

We’ve come together to discuss Greenwell’s latest fiction, Cleanness, which expands upon the world of his debut, What Belongs to You. It is narrated by the same unnamed American expat, still teaching high school English in contemporary Bulgaria, a queer man navigating sex and dating in the intensely homophobic formerly Communist country. In the previous book, the narrator has a long, sometimes fraught relationship with a prostitute named Mitko, and, in a tour de force of 40 pages without a single paragraph break, recounts his youth in a similarly repressive environment: conservative Kentucky. Rather than a return, for the author, this has been one long project; parts of Cleanness were written contemporaneously with What Belongs to You.

“I hope that both What Belongs to You and Cleanness stand on their own and are formally satisfying,” Greenwell tells me, “but I also love that even though they are autonomous, complete things, they intermingle.”

The character R., for example, a Portuguese man with which the narrator has a relationship, plays an important though small part in What Belongs to You but is central to Cleanness. This strikes me as a kind of gift Greenwell has given to his fans—to re-read What Belongs to You in light of Cleanness is to see it anew, finding elements of that first book re-framed, and the narrator’s psychology, like his story, deepened and expanded. Greenwell teases that his next book will have a similar relationship to these two.

But before we begin talking about Cleanness, I ask Greenwell how I should even refer to it. In a time when the novel form has been fractured, encompassing what might have once been called a collection of linked short stories, the title Cleanness is not followed by the words “a novel” or “stories”—it’s not followed by any words at all, a destabilizing overture made before the reader even cracks the cover. “Neither of those labels felt true to me,” Greenwell says. “If I could call it anything I wanted, I’d call it a song cycle, like a lieder cycle.”

The book’s organization has more to do with tone and harmony than plot. It unfolds in three parts, each comprising of three discrete pieces of fiction, some of which were published as stand alone stories in The New Yorker and other venues. The middle trio, entitled “Loving R.,” tells the chronological tale of the narrator’s relationship with R., while the first and third parts (neither of which bear a title) capture discrete events, untethered from linearity. The pieces bookending “Loving R.” mirror each another, echoing and reversing one another’s themes, expanding like a ripple around a central disturbance: the narrator experiencing a kind of love that he never imagined possible.

Greenwell tells me, “I am interested in and intoxicated by those moments when it seems that the world delivers itself to our understanding.

We turn right on Washington Street, but the night is too cold for a long walk, and the sidewalks eerily deserted. So, when we stumble upon a corner restaurant with a long, empty bar bathed in red neon, we take sanctuary on two stools under the television, near the boiling hot water pipes. The hip-hop is loud and the vibe somewhat seedy, but Greenwell, just finished with a day-long session recording the audiobook, and not long from a dinner celebrating the National Book Foundation’s “5 Under 35,” leans forward over his Diet Coke, relaxed and eager to talk.

I’m curious about his process writing such a formally inventive book. Greenwell tells me that since he sketched such a clear shape for Cleanness early on, he determined what he needed to write and then set to work. The hardest piece to complete was “Decent People,” in which the narrator joins with a group of his students for a protest in the streets of Sofia. He wanted their route to encompass the whole city as his way of saying farewell to it as a writer, at least for now. Finishing it, he says, “was an emotionally difficult thing to do.”

Greenwell, who, like his books’ narrator, is a gay man from Kentucky, spent several years in Sofia teaching high school—and before that taught in Ann Arbor—important experiences that expanded him emotionally, and eventually turned him from poetry to narrative work. The close echoes between author and narrator have caused his fiction to be compared to authors like W.G. Sebald and Ben Lerner, who also present versions of themselves on the page, and now there’s another similarity: their books stand alone and yet open onto one another. But these men don’t come up in our discussion. Instead, Greenwell mentions another author strongly associated with writing about place, who too wove connections between his books, “world building” before such a thing was a term: James Joyce.

“I read Dubliners with my students and had them write Sofian stories. One of the requirements was that their characters had to move through the city and that movement had to be accounted for, and they had to hand in a map marking the route the character took. That experience fed into ‘Decent People.’”

The connection to Joyce surprises me, but upon reflection it goes beyond that single story: most of the pieces in Cleanness move toward some kind of epiphany. Greenwell tells me, “I am interested in and intoxicated by those moments when it seems that the world delivers itself to our understanding, when we obtain revelation or insight. And yet I’m also deeply skeptical of those moments, and the extent to which they give us anything that’s really portable to other parts of our lives.”

“[T]hese are all words that are flaccid unless lit up by the intensity of the lyric, of the orgasm, or of desire.”

That weaving of body, emotion, and thought is thread-tight within each scene, so that an expertly given blow job in “Little Saint” brings to mind an overweight girl from high school also known for her oral sex skills, who played a kind of sexual mentor role to the narrator as a youth, both of them teenage outcasts but, sometimes, like in the back seat of a car, desired—a memory about sex and power in a scene about the same, another kind of narrative mirroring. “We think in our bodies,” Greenwell says. “I can’t imagine sex that’s not only a complex act of communication between two people but also an internal, thoughtful act for each individual.”

In this way, Greenwell says, “Desire and pleasure are productive of knowledge. Because desire leads the narrator to experiences which teach him about himself, and sometimes it’s not even desire, but pleasure.”

“I think that’s part of the genius of queer people, to be able to survive that abuse and reinvent it.”

He’s referring to an incident in “Little Saint,” when the title character asks the narrator to whip him with his belt, a request which recalls a painful memory of the narrator’s father whipping him as a boy. “The narrator is freaked out when the Little Saint asks him to do that, but then he does it, and much to his surprise finds he takes pleasure in causing this kind of suffering, which he thinks is the pleasure of being a man. So even though he has been a victim of this model of masculinity, he has not been inoculated against it. There are ways in which he has accepted its ideals, and that’s a discomfiting realization sex leads him to.”

I compare the experience of growing up in a hetero-normative patriarchal household to that of living with a chain smoker. No matter if you smoke or not, you’ve still inhaled toxic elements. Greenwell agrees. “Of course we can’t immunize ourselves against these codes,” he says. “The elements we take in as we’re formed are going to shape us. The question is: what can you do with that?”

The idea of ridding yourself of those contaminants—of finding a state of cleanness—may seem ideal, and yet he thinks it’s a dangerous road to go down. “Purity is one of the most toxic ideas we have,” Greenwell says. He points to philosopher Pierre Bourdieu’s principal of the conservation of violence, which states that violence is something like Einsteinian energy, never destroyed but only transferred. “I can’t choose not to have been shaped by the codes of homophobia, that’s not a possibility. But can I transform it? Can I take that filth and turn it into a source of pleasure, of value?”

So while certain words and acts can be seen as replicating homophobic abuse, when viewed through the proper aesthetic frame—and Greenwell posits an erotic encounter is just such a frame—they become productive of pleasure. “In a certain context, to have a man spit on my face and call me a faggot opens to me a kind of rapture that no other experience can. Well, what an extraordinary thing to do with an inheritance that I can’t choose not to have! I think that’s part of the genius of queer people, to be able to survive that abuse and reinvent it.”

With Cleanness Greenwell has added to the documentation of that genius. As he checks the time and downs the last of his Diet Coke, he points out that though he’s an atheist, he admits to having a fascination for the faithful, in part because he understands the drive. Greenwell puts on his winter coat and says, “What do you do when you have a devotional temperament and you don’t have an object of devotion? I guess for me it’s art.” 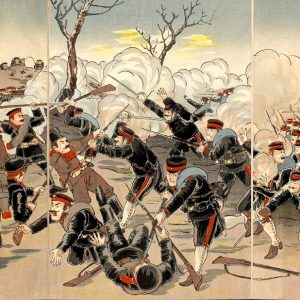 I have a confession to make: I thought it distinctly odd that Norton asked me to translate The Art of War. Perhaps I am too used...
© LitHub
Back to top