An Audiobook Feature from We Have Ways of Making You Talk

On this week’s episode, actor Chaz Mena reads from the audiobook Those Devils in Baggy Pants (1951), which tells the story of life in the US 82nd Airborne Division. The author, Ross S. Carter, took part in every major campaign featuring the 504th Parachute Infantry from Sicily in 1943 through to Germany in May 1945.

Men joined the paratroopers because they couldn’t resist the awful thrill of risking their life in a parachute. They were drawn into the outfit as by a magnet and, once in, wouldn’t have left it if they got the chance. Each man had supreme faith in his ability to take care of himself, whatever the odds. For this reason, paratroopers were at times a quarrelsome lot because they could never believe that anybody could beat the hell out of them. Every level of society had its representation among us. Senators’ sons rubbed shoulders with ex-cowboys; steel workers chummed up with tough guys from the city slums; farm boys, millionaires, spoiled brats, white-collar men, factory workers, ex-convicts, jailbirds, and even hobos joined the thrill and adventure of parachute jumping. 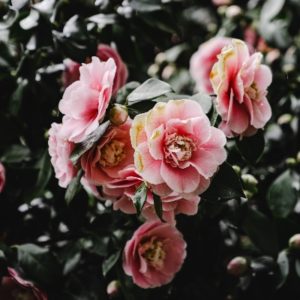 In this episode of Just the Right Book with Roxanne Coady, Jenny Odell joins Roxanne to discuss her book How To Do Nothing:...
© LitHub
Back to top