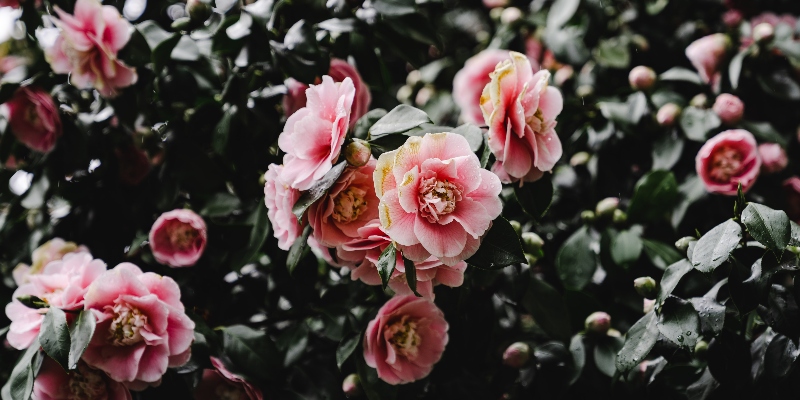 In this episode of Just the Right Book with Roxanne Coady, Jenny Odell joins Roxanne to discuss her book How To Do Nothing: Resisting the Attention Economy.

Jenny Odell: I think its technical name is Amphitheater of Roses, because one section is kind of oval and set down into a hill, so it feels very enclosed. And then there’s a whole other section that has a waterfall and there’s some redwoods. It’s also a really interesting mix of, obviously, cultivated roses, but then things like oak trees, which are native, redwoods, which are also native. And those were planted back in the 1930s. So you can see that there’s this intentional mix of the traditional rose garden and more wild park elements.

One thing that I really love about it, that brings some continuity to when it was built and now, is that there is a kind of promenade in the middle that’s just called Mother of the Year. It’s kind of hard to describe, but as you walk up the promenade, there are numbers on the sides, and you realize that those are decades. So, it starts with 50 because they started doing this in 1950, and there will be ten plaques with women’s names in them. So, that’s all of the mothers of the year in the 1950s. So it goes 50, 60, 70, 80. You also start seeing the names change. It goes from being Mrs. Full Man’s Name to Mrs. The Woman’s Name. Then you get Miss. Then they drop that altogether. Then the names don’t sound all white anymore.

Roxanne Coady: And they have the ceremony, right?

Jenny Odell: Yeah, they have a ceremony every year. And it goes up to 2050. So as you’re walking up, you see the last one, and then there’s just blank spaces. I find that really lovely.

Roxanne Coady: I think it’s a lovely notion that it’s in the garden.

Jenny Odell: That’s one of the things I talk about in the book, that the garden was an inspiration for me, and thinking about maintenance and care as a form of—not productivity, but something that is really, really important.

Roxanne Coady: A type of being.

Jenny Odell: Yeah. And a type of work that makes all other types of work possible. I just think about my own mother and how much—I mean, she was basically my assistant. Even when I was out of grad school, all of the art projects I did, my mom helped me with in some way. I mean, just like all of the things she did as a mother that probably wouldn’t be described as productive. And yet there are so many things that wouldn’t have even been possible without that.

Jenny Odell is an artist and writer who teaches at Stanford, has been an artist-in-residence at places like the San Francisco dump, Facebook, the Internet Archive, and the San Francisco Planning Department, and has exhibited her art all over the world. She lives in Oakland. 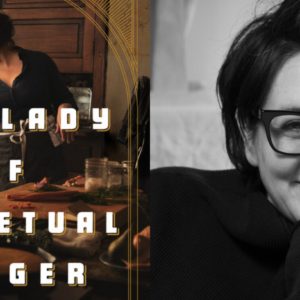