The Age of Goodbyes 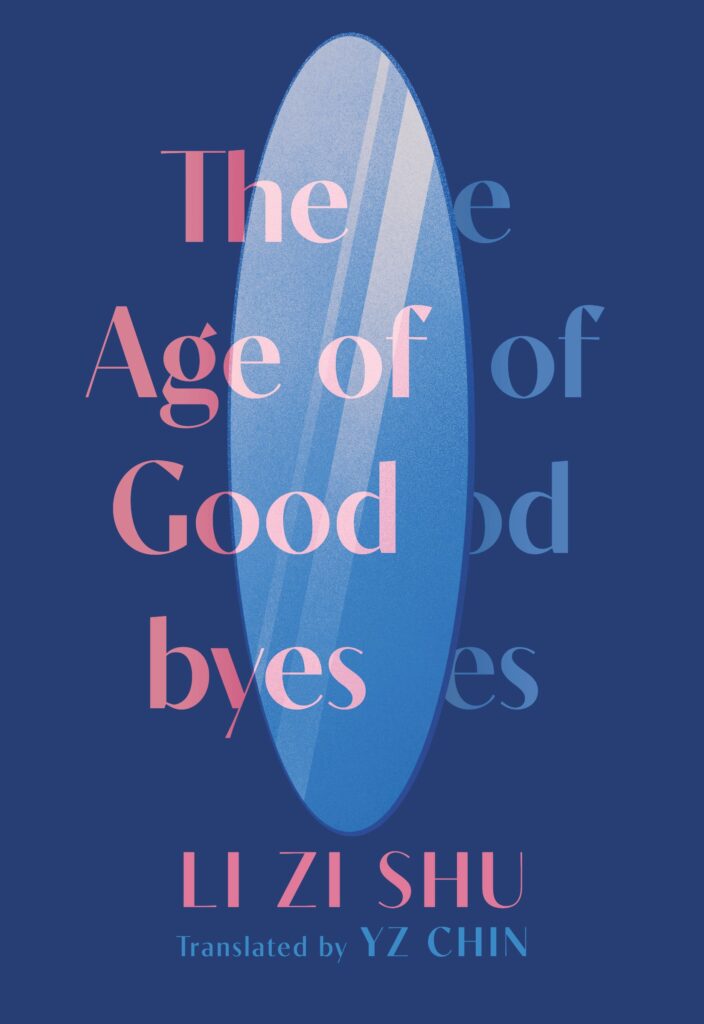 The following is from Li Zi Shu's The Age of Goodbyes, which won the China Times Open Book Award. Shu is the author of more than a dozen books, including the novel Worldly Land. Translator YZ Chin is the author of Edge Case, a New York Times Editors’ Choice, and Though I Get Home, winner of the Louise Meriwether First Book Prize.

You’re reading this book, which is a novel. The author brings up “writing such a magnum opus” in the afterword. “Magnum opus” is a word choice worth scrutinizing, since you’ve rarely seen any novelist describe their own work with such a term. The term rightfully belongs to the domain of literary critics, and is more suited for a foreword or introduction. Coming from the author, it produces an impression of arrogance bordering on a faux pas.

If you had to guess, you’d say the writer of this book is either a small-time hack with delusions of grandeur or else a bookish academic with not insignificant accomplishments under their belt. Both types would tend toward self-aggrandizement and be a little in thrall to themselves. At the very least they would cling closely to their own opinions.

But you have no idea how to verify your hypothesis, because this is an incomplete book. Maybe it’s also an incomplete novel. It was already in this partial state when you stumbled upon it—hardcover, with nothing amiss at first glance, its rust-green cover bearing only the characters “The Age of Goodbyes” stamped in gold. Though the book looks ancient, its pages damp and yellowed, there is almost no sign it has ever been flipped through. Furthermore, the book releases a pungent inky smell when opened, as if it had been placed there hot off the press, causing it to retain that fresh scent unique to new books.

This book has no title page. You are a little skeptical of your own eyes, and so you turn the pages back and forth in search of it. But there really isn’t a title page, and what’s more, there is no copyright page, and no publisher is indicated. Not even the author’s name can be found. Most curiously, its page numbers start at 513, as if this book’s first page is actually the novel’s five hundred and thirteenth page . . .

This is so odd that it attracts your attention. A book that starts from page 513. You can’t help but squat down and start reading:

In 1969, Chan Kam Hoi suffered a sudden heart attack while viewing the film Floozy’s Allures. Although at the time Old Majestic Cinema was packed to the rafters, the audience was captivated by the film, and as a result no one was aware of Mister Chan’s condition. Due to lack of timely medical attention, Mister Chan ultimately perished on the scene. This development became well known around town and caused rather a sensation. These are the first sentences in The Age of Goodbyes. The description is exceedingly bland. You think it fits the bill of an opening paragraph, yet it could also very well be a random passage lifted from something much longer.

At that time, you hadn’t yet realized that this is a novel. Those damn bland words, they read almost like a snippet from some obscure column in the discontinued Southern Screen magazine. You recognize this particular writing style and effect. The language has a rotten tinge of days gone by, being thoroughly saturated with the tropical flavors of Nanyang as well as the salacious scandals of its migrants. This style of writing still appears occasionally in some weekly or other, since it’s especially well equipped to relay the old tales of a mining town and reminisce about long-dead public figures. It is also used to relate sensational tales of yore, or subtly implicate town residents for old entanglements and love affairs.

You’d always assumed this was a disappearing language, one suited to the biographies of those from your grandfather’s generation. Therefore when you first read this ambiguous “introduction,” you very naturally chalk this book up as one of those annals self-published many years ago by some clan association (it could be the Chen Clan Association, or the Hakka Guild). Very possibly it was done to commemorate one of its leaders’ prominent family, penned by an association member who wore black-framed glasses and had a way with words (and who happened to be a veteran newspaper reporter). They spun a grandiose yarn, starting with “Chan Kam Hoi, of Dabu county in Canton province, born 1930, died 1969 . . .”

If it were really that kind of commemorative journal, then the identity of the author has no investigative value. You can just imagine this man, now well in his twilight years. If he didn’t have Alzheimer’s, then he’d very likely still be a correspondent at some tabloid, or maybe he’d have his own column, tasked with writing risqué gossip surrounding former government officials or with capturing plain old nostalgia.

That said, a book that starts on page 513 still seems bizarre. Could it be a technical printing error? You can’t help but flip to the book’s very last page.

. . . After overcoming diverse obstacles, Du Li An finally found success in securing an eatery. The remodeled restaurant was launched after the Mid-Autumn Festival. The next year Du Li An’s sister-in-law was blessed with her eldest daughter, Emily, whose one-month birthday was celebrated with a reception at the aforementioned restaurant. Eighty-eight tables were set out for the dinner reception, which was attended by numerous exalted guests and celebrity figures.

What a baffling way to end a book. The narrative, still bland, could pass as an ending, but also leaves room for more. The phrase “eldest daughter, Emily” has the effect of “to be continued.” You feel as if the author suddenly became bored and fed up with the never-ending narrative, abruptly tossed their pen aside, and allowed their generation-spanning family story to screech to a halt. Although they also hint at the ongoing personal relationships and plot development still to come through the phrase “eldest daughter, Emily.”

This is a book you found in the library. It sat heavy like a brick, left on a bookshelf in some corner of the building. That shelf, labeled “Other,” is wedged next to one dedicated to “History/Biography.”

The categorization of books in the library is very precise. This, in combination with the librarians’ attention to detail and commitment to their mission, means that an appropriate spot can be found for almost every book. Within such a place, to be categorized as “Other” is to be exiled. You believe the books on that shelf went through many attempts at identification. Maybe the librarians even held meetings to discuss these books, but in the end they came to the conclusion that their contents were too ambiguous, impossible to pin down. After that, they unanimously agreed to let the books languish on this five-level metal bookshelf.

Then again, this is clearly a book that has never been read. The ink used during printing has almost glued the pages together, evidence that the book has long been sealed shut. Its fate of exile was decided before it was ever opened.

The shelf housing “Other” books is in the most remote room at one end of the library. The tiny room is a refuge for old and damaged volumes, as well as a repository for quite a number of titles that haven’t been checked out or requested in many years. In contrast, there aren’t that many books on the “Other” shelf. The one titled The Age of Goodbyes in your grasp is placed not only on the lowest shelf but also closest to the wall, as if buried deep in the folds of time. For generations, spiders bred there, thriving, then dying; a wasp defended the spot with its stinger until its very last breath, its body long since gnawed hollow. That particular corner attracts the most dust and is also the easiest to forget or overlook.

But now you feel that it has silently held its position all this time, perhaps so that it would one day be discovered by you.

From The Age of Goodbyes by Li Zi Shu, translated by YZ Chin. Used with permission of the publisher, Feminist Press. Copyright  © 2022 by Li Zi Shu/YZ Chin.

An Icy Truth: How We’ve Used Cold to Transform Humanity and Destroy the Environment 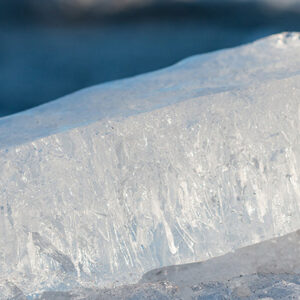 An Icy Truth: How We’ve Used Cold to Transform Humanity and Destroy the Environment Hosted by Andrew Keen, Keen On features conversations with some of the world’s leading thinkers and writers about the economic,...
© LitHub
Back to top