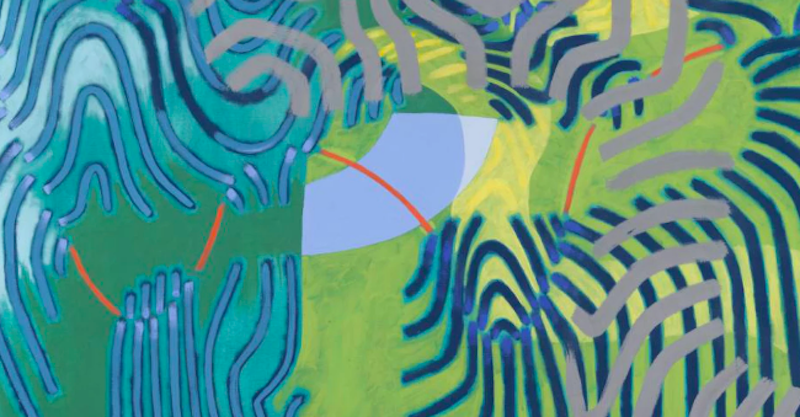 The 5 new books you should be reading this week. 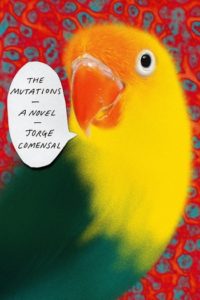 I firmly believe that all tragedies benefit from comedy (and vice versa). Jorge Comensal’s debut novel is a comedy about cancer of the tongue, after which the Ramón, the afflicted protagonist—a “successful lawyer and militant atheist”—can no longer speak. One review called it “hilarious and funereal,” which is what I hope for from all books, as well as from my own funeral. 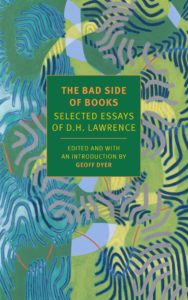 The son of a coal miner father and a mother who worked in lace-making industries, David Herbert Lawrence has become such a monolith it’s sometimes hard to seem him in plain sight. How a man so frail, who spent so much time restlessly moving across Europe and the globe, and who died at just age 44, managed to produce more than fifty volumes of poetry, drama, and fiction in such a short life—upending, for better or worse, how sex was written about—remains a marvel. He was also, clearly, a prolific essayist, writing on everything from porcupines to government to the morality questions of literature. Late in his life, he was often doing it at great speed, alongside reviewing, for money, still with a lot of style. Here Geoff Dyer, one of literature’s slyly prolific writers himself, and author of the funniest book on Lawrence to date, edits and selects what ought to be seen into this compelling, not too fat volume. 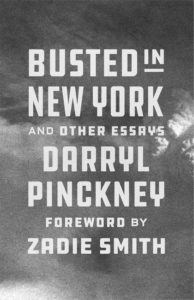 Darryl Pinckney, Busted in New York and Other Essays
(FSG)

“White supremacy isn’t back,” Pinckney tells us in this book of 25 essays about black intellectual, social, and personal history in America and beyond, “it never went away.” Pinckney’s essays tackle Ferguson, James Baldwin, Kara Walker, Moonlight, the Black Panther Party and more with sharp intelligence and a keen historical sensibility. As Zadie Smith writes in the introduction to the book: “How lucky we are to have Darryl Pinckney who, without rancor, without insult, has, all these years, been taking down our various songs, examining them with love and care, and bringing them back from the past, like a Sankofa bird, for our present examination. These days Sankofas like Darryl are rare. Treasure him!” 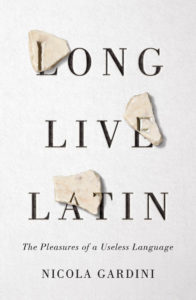 As a failed Classics major, I still have a soft spot for all things Greek and Latin-adjacent. In Long Live Latin, novelist and Oxford professor Nicola Gardini makes a case for the “dead” language he loves. I have found Classics professors to be some of the most passionate people on earth, so I expect this book will have me digging out my Wheelock’s Latin and making flashcards for at least a week or two. I’m also excited by the fact that the books translator, Todd Portnowitz, has previously translated several collections of poetry, which seems very promising for this book’s linguistic potential (pun intended? I don’t even know anymore). 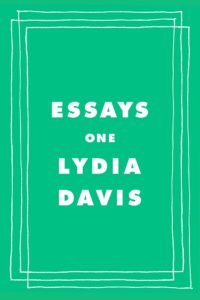 Given Lydia Davis’ tentacular intelligence, her absolute mastery of the English language, and her essentially curious nature, it should have been obvious before now that she has quietly become one of our best literary essayists. This first satisfyingly chunky volume of her collected essays ought to make that fact hard to miss. Drawing from a series of translation assignments, introductions and a variety of literary errands—to speak to influences, say, or to remember great artists in the forms she works in, the short story and translation—they feel like the work of a busy desk. Not once does this feel like a writer phoning it in. Davis has always been far more eccentric than she is given credit for being, an original thinker whose thought makes for an original style. Her essay on Proust is particularly sparkling, as is her study of John Ashbery’s translations and what they taught her. This is the kind of book that every writer who reads widely will want on their desk for inspiration and pleasure—which Davis at her best proves are in fact the same thing.