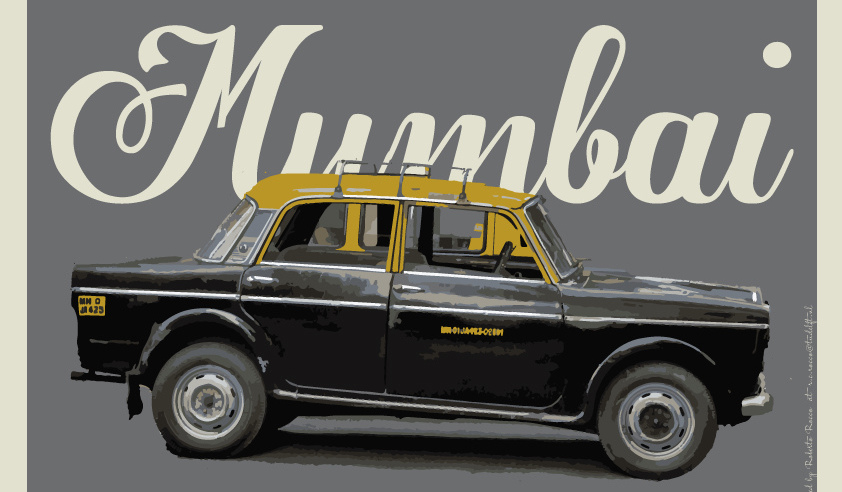 5 Reasons A Writer Should Move to Mumbai

Why "Maximum City" is a Great Place To Write

With more than 2,000 ethnicities, a few hundred languages, a few thousand dialects and every major religion of the world reflected in its demographic (Hinduism, Islam, Sikhism, Buddhism, Jainism, Zoroastrianism, Christianity, Judaism), India, the world’s second most populous country and fastest growing economy is also one of the most diverse meccas for the writerly tribe. No other city personifies the subcontinent’s ethno-linguistic and cultural diversity better than Maximum City Mumbai (Bombay until 1995)—India’s immigrant, financial, entertainment and storytelling capital, thanks to housing one of the largest film industries in the world, Bollywood. At a population of more than 20 million, this alpha world city’s socioeconomic and cultural complexity is well-captured in works by award-winning local and global storytellers alike, including Salman Rushdie, Suketu Mehta, Anita Desai, Aravind Adiga, Gregory David Roberts, Katherine Boo, Mani Ratnam and Danny Boyle.

2.
Affordability for the (Western) Immigrant Writer

Home to the third most expensive office space in the world and second largest slum in Asia, Mumbai—city of stark contrasts—offers a range of housing options to the international writer due to the Rupee’s currency conversion rate (1 USD = 70 INR). For a furnished one bedroom-hall-kitchen flat in a popular location with easier access to cultural and recreational resources (think west-central suburban neighborhoods of Lokhandwala, Versova, Juhu and Bandra to those moving southward toward Lower Parel, Worli and Colaba), expect to pay a monthly average of USD 1,000-1,500. If housing in Mumbai is India’s most expensive, it’s offset by affordability in other living expenses: easy access to a range of public and private modes of transport including trains, metro, taxis, rickshaws, buses, Uber and local equivalents; regional or multinational cuisines ranging from gourmet meals by globally renowned chefs to delicious vegetarian chaat (think pav bhaji, vada pav, dosas, idlis, kathi rolls, pani puris, the list is long) costing anywhere between USD 2 to 200; city-wide access to writer-friendly tech services (cellphone and internet plans, printing, scanning, photocopying) or a daily maid service for flat-cleaning and laundry for a monthly average ranging between USD 60-100.

Poised to become the biggest market for readership in English, India hosts a few dozen lit-fests across the country, often free to the general public, even when they feature Booker, Pulitzer or Nobel winners. While the institutionalization of creative writing or a boom in MFA programs is a predominantly American phenomenon, these festivals are often—true to India’s hybrid spirit—interdisciplinary cultural phenomena with a literary focus and offer the novice writer an “alt-MFA” with free workshops, discussions, networking opportunities and a closer look at the publishing world. Mumbai itself hosts several in winter including the famous international lit-fest Tata Literature Live at multiple venues in the city; Times Lit Fest at the Bollywood landmark, Mehboob Studios; Lit-O-Fest that unites aspiring, emerging and award-winning talent ​at a college venue, or The Gateway Litfest, one of the biggest congregation of writers in regional languages of India besides the mainstream ones of Hindi and English. For writers with a bigger wallet, Mumbai’s well-connected domestic airport offers direct flights (roundtrips for under USD100 if booked in advance) to major Indian cities hosting some of the country’s best known international lit-fests in winter too, including the biggest player of them all, Jaipur Literature Festival, also known as the “largest free literary festival on earth.”

Beyond lit-fests, Mumbai offers a range of multicultural and multireligious festivals, sure to enrich the immigrant writer’s transnational identity. Thanks to a cool tropical weather conducive to open-air events, winter again is the season of choice for cultural festivals with a focus on the performing arts—music, dance, theater and cinema. Some of Mumbai’s most famous include the nine day long Kala Ghoda Arts Festival; The Banganga Music Festival held at Banganga Tank constructed between 9th and 13th century; The Elephanta Festival of Music and Dance hosted adjacent to the Elephanta Caves, a World Heritage Site; Prithvi Theatre Festival that further incorporates a Fringe Theater with experimental performances, a Stage Talk with actors and PEN@Prithvi, a joint initiative with PEN All-India Center to celebrate local writers; and the biennial Mumbai International Film Festival staging documentaries, short and animation films from across the world. Yet another fun way to taste the city’s vibrant, cosmopolitan spirit is through its year-round celebration of ethnoreligious festivals: Christmas, Id, Muharram, Navroze or the Parsi New Year, Diwali—the festival of lights, Holi—the festival of colors, Makar Sakranti—the festival of kites, Janmashtami, where human pyramids across the city reach for high-hung claypots full of yogurt in an attempt to impersonate Lord Krishna’s childhood, Ganesha Chathurthi, where installations across the city stage Ganesha idols with different mythological or socio-political themes—art shows in themselves—or Navratri, a veritable revelry of open-air music and dance (Garba and Dandiya) lasting 9-10 nights across different city locations in celebration of the Goddess Durga.

5.
More History, Culture and Nature for your Weekend Recharge

Former archipelago of seven islands, Mumbai has been home over successive centuries to the Koli fishing communities, several indigenous dynasties, Muslim rulers, Portuguese and British colonial rule, and a contemporary local as well as global migrant community. One way to experience the city’s layered history is through its eclectic architectural scene, be it via Buddhist caves predating Christian Era, city landmarks that blend Indo-Islamic, Victorian or Gothic Revival styles (including the Chhatrapati Shivaji Maharaj Terminal—a UNESCO World Heritage Site, the University of Mumbai, the Rajabai Clock Tower, the Bombay High Court, the Taj Mahal Palace Hotel, Elphinstone and St. Xavier’s College), Portuguese-style bungalows in the heritage village of Khotachiwadi, the second largest number of Art Deco structures in the world, or the largest number of contemporary high rises in India. History buffs and art lovers can further enjoy government-funded cultural institutions like Dr Bhau Daji Lad Museum (UNESCO’s 2005 Awardee for Excellence in Cultural Conservation), Chhatrapati Shivaji Maharaj Vastu Sangrahalaya, the Jehangir Art Gallery and the National Gallery of Modern Art, several private commercial galleries, or handicrafts from across India in government sponsored stores like the Central Cottage Industries Emporium, my personal favorite for window-shopping. For the foodie writer, Mumbai offers a wide-ranging culinary scene and bustling nightlife, at par with other global megacities.

A propos, check out the many cafés, bars and restaurants at the redeveloped neighborhood of defunct cotton mills in Lower Parel, the trendier suburbs of Bandra West and Juhu (home to several Bollywood celebrities), or a burgeoning, more affordable scene at Juhu Versova and Seven Bungalows. Nature lovers can further explore one of the city’s dozen beaches by the Arabian Sea, its six major lakes or one of the most visited parks in the world, The Sanjay Gandhi National Park. And if you’re desperate to take a break from that manuscript and your new hyper-urban home, weekend getaways in the quiet, lush hill-stations of Lonavala, Khandala, Matheran or Bhandardara are within a driving distance of couple of hours.

Namrata Poddar writes fiction, nonfiction, and serves as Interviews Editor for Kweli where she curates a series on Race, Power and Storytelling. Her work has appeared in The Margins, Transition, Literary Hub, Electric Literature, LARB Quarterly, Literary Orphans, The Feminist Wire, The Caravan, Necessary Fiction, and elsewhere. She holds a Ph.D. in French Studies from the University of Pennsylvania, an MFA in Fiction from Bennington Writing Seminars, and Andrew W. Mellon Postdoctoral Fellowship in Transnational Cultures from UCLA. More at www.namratapoddar.com.
http://www.namratapoddar.com/

Vanessa Hua: On the Banned Chinese Novel My Father Loved in His Youth