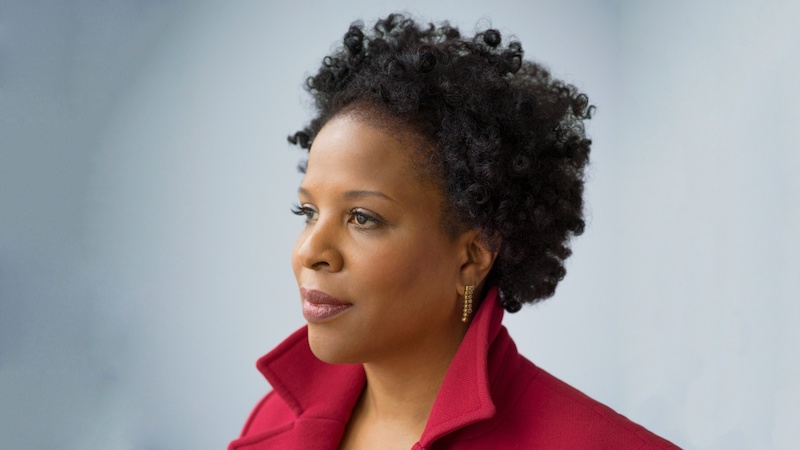 Tayari Jones, Duchess Goldblatt, and the manager of the Wu-Tang Clan: the week in book deals

Attention, attention: Tayari Jones has just sold a new book. According to Publishers Marketplace, Old Fourth Ward is “about a woman called home by her two mothers in Atlanta—a biological one living in a dilapidated house in the Old Fourth Ward, and a stepmother in the affluent neighborhood of Cascade Heights—after her husband collapses of a heart attack; as is often the case when someone returns to her hometown, it’s not the same.” In the meantime, you can read an excerpt from her latest, An American Marriage, here.

A good rule of thumb is this: always go for more Nora Ephron. Kristin Marguerite Doidge’s biography, Nora Ephron: A Life, will take “readers beyond the “rom-com queen” persona of Ephron—true and beloved as it may be—to find a far more complex and intelligent artist with many layers beneath the glossy surface.” (I think we actually know this, but I’ll be pleased to read about it again.)

Pajtim Statovci, author of My Cat Yugoslavia and Crossing, has sold a new novel entitled Bolla, “a story of ill-timed love, war, violence, and the quest to redeem the unredeemable.” In the meantime, read an excerpt from Crossing here.

Former manager of Wu-Tang Clan members ODB, RZA, GZA Sophia Chang has sold her memoir, The Baddest Bitch in the Room, to Catapult. It follows “a Korean-Canadian girl’s rise in tandem with 1980s NYC hip-hop, eventually marrying a Shaolin Monk and discovering motherhood, her sexuality, and her own voice after years of amplifying men’s.” Whew.

They are pitching Joe Pompeo’s Blood and Ink: The Unsolved Double Murder That Hooked America on True Crime as “Erik Larson meets Agatha Christie:” amazing if true. The book unpacks “an unsolved gruesome Jazz Age homicide and the heiress who stood trial for it, providing fuel to the rise of American tabloid culture,” and I can’t imagine it won’t be a killer.

As you may have recently become aware, the anonymous author of the Duchess Goldblatt Twitter account has sold a memoir entitled Becoming Duchess Goldblatt. It is reportedly “a joyful romp’ revealing how a writer deep in grief rebuilt a life worth living through the creation and embrace of her alter ego.” Check out the cover here.

Lucinda Roy, author of Lady Moses and Hotel Alleluia, has sold a book being compared to The Underground Railroad and The Handmaid’s Tale: Freedom Race, which is “set in an alternate future where slavery has returned and one young woman challenges the boundaries of race and redefines what it means to live free.” Plus, it’s a three book deal, so we could be in for our new favorite series.

Attention lovers of reconfigured fairy tales: Olga Grushin, one of Granta’s Best Young American Novelists and author of The Dream Life of Sukhanov, has sold “a fairy tale recasting Cinderella thirteen years later as she attempts to escape her marriage” to Putnam. It’s called The Charmed Wife, and I will be buying it.

Lucie Elven’s The Weak Spot is “pitched in the vein of Katharine Kilalea, Jesse Ball, and Christine Schutt.” Which, frankly, is enough. But if you need more, according to Publishers Marketplace, it “follows an unnamed narrator’s arrival in a remote European town to apprentice under the enigmatic man who runs the town’s pharmacy, and examines ideas about narrative, language, power, prescriptions, cures, and women’s bodies.”

We have three contenders for debut deal of the week (sorry, I don’t have to pick!). Up first is not really a debut, considering Joe Fassler is the editor of Light the Dark, a collection of the interviews he’s done with writers for The Atlantic‘s “By Heart” series. His first novel, The Sky Was Ours, is “a contemporary take on the Daedalus and Icarus myth set in upstate New York, in which a young woman with a traumatic past meets the obscure inventor of a flying machine and helps him fulfill the ancient dream of human flight with unforeseen costs and consequences.”

Also exciting is the debut from Iranian writer and translator Ali Araghi, whose The Immortals of Tehran is being pitched as “a multigenerational, magical-realist epic . . . an Iranian One Hundred Years of Solitude, in which (as legend has it) a cabal of vindictive cats might be behind the political turmoil leading up to the Iranian Revolution.” Whew.

And last but not least, there’s Adam Soto’s Dear Future, which is “set between gentrified Chicago, the crumbling corridors of Silicon Valley, and the weightless chambers of the cosmos, tracing a cast of revolving characters whose lives are upended when a signal from outer space reaches earth and disrupts our sense of place, and ultimately tackling ideas of predetermination, purpose, and possibility.” May be weird, in the best way.