“It appealed to me because it was the perfect encapsulation of an image of myself I was consciously trying to fashion.”

I entered the bookshop already terrified and sweaty-palmed, determined to steal Kant’s Critique of Pure Reason. I would have liked for the whole thing to be over in the blink of an eye. To be able to run as fast as I could to the section where I’d seen the book before, snatch it off the shelf, and then retrace my steps quickly, out of the bookshop and finally to safety. Or, conversely, I would have liked to be able to go back on my decision: to leave the place without the book, or to simply purchase it, since I had more than enough money for it in my wallet. But I’d resolved to prove to myself that I wasn’t a coward.

I was seventeen, and such qualities were important to me. To falter now, after having already entered the bookshop, would cause me eternal shame. So I screwed up my courage and walked forward, as slowly as I could, so my legs wouldn’t decide to suddenly take off running on their own.

Once I stood before the shelf in question, looking at Critique of Pure Reason, I hesitated. The French are fond of pocket-books, and this translation of Kant was like an absurdly obese dwarf. This isn’t a book, it’s a paving stone! I thought. I don’t know why I hadn’t noticed how fat it was on any of my many previous visits to the bookshop, or why I couldn’t just switch plans now and decide instead to steal the slim and graceful Critique of Practical Reason standing right next to it on the shelf. No matter: I remained fixed to the spot, pretending to be paging through one book after the other as I waited for the right moment.

There were no other customers in the bookshop except for me. The few staff members around were chatting together a couple of paces away. Every moment seemed like the right moment—but only after it had already passed. A whole ocean of time stretched out before me, each passing wave the exact right moment, and I didn’t know which one to plunge into. I felt like I was coming unstuck from time as my heart beat faster and faster.

A whole ocean of time stretched out before me, each passing wave the exact right moment, and I didn’t know which one to plunge into.

Suddenly, it was as though I were watching someone else, someone who wasn’t me performing a series of mechanical movements: picking up the book, opening it, paging through it, tucking it under my T-shirt between my stomach and the waistband of my jeans, sucking in my gut as far as it would go, then turning around and walking to the exit with steady, confident steps.

Once outside and a good distance away from the bookshop, I stood before a wall, my back to the street, and pulled my loot out from under my T-shirt. Then I relaxed my gut and went on walking, the book in my hand. When I lit up a cigarette, I was overcome by a wave of euphoric victory.

I tried several times, in vain, to actually read Critique of Pure Reason. I didn’t manage to do so until some six years after I’d stolen it.

This is what I remember, or rather, what I imagine I remember. I repeated this story to myself so many times it became a canned thing, ready to be pulled out and served at a moment’s notice, just like a text memorized so well it can be recited as a series of senseless sounds, evoking no corresponding image in the mind. But if I really examine that distant memory, and don’t just content myself with replaying it automatically, I see it as foggy, full of holes. The first thing I’m no longer sure of is: was it really a book by Immanuel Kant that I stole that day? Maybe it was a book by someone else.

If I really did steal another book, then what’s Kant doing there, in that story that’s become engraved in my mind? I think he might have slipped into it by the same doorway through which so many other fictitious elements slip into our memories: a minor lie we might summon to embellish a certain event in order to relay it to others, except we end up believing it ourselves later on.

I think Kant broke into my story and became an integral part of it the first time I relayed it to one of my friends. I remember exactly how I told him that I’d stolen Critique of Pure Reason. I may have come up with this small detail in order to boast about the thickness of the book I’d filched to my friend, himself a prolific book thief, and thus to demonstrate the riskiness of this single act of burglary I’d undertaken.

I repeated this story to myself so many times it became a canned thing, ready to be pulled out and served at a moment’s notice.

It was as if I hoped that the sheer hugeness of my book might measure up to all the numbers of books my friend had swiped. And maybe I also hoped to impress him with the paradox of having stolen a book by a philosopher so morally rigorous he considered it a crime to lie to a murderer hunting someone down and asking if you were harboring the person in question in your home.

My friend had begun studying philosophy at university, so he grasped the paradox instantly and burst out laughing. He liked my story a lot, and repeated it many times to others in my presence.

If the title of the book in my story is a fabrication, then this applies to so many other things in it as well: the thickness of the book, the way I had to suck my gut in to hide it, the presence of Critique of Practical Reason right next to it on the shelf. What else? Maybe everything, maybe the entire story.

I remember the story abstractly, void of any sensory, vibrant details, the same way I might remember a historical or scientific fact I read in a book or magazine. It is possible, then, that I made the whole story up from A to Z in the very moment in which I told it to my friend the philosophy student, and it appealed to me so much that it somehow transformed from lie to memory. It appealed to me, I think, because it was the perfect encapsulation of an image of myself that I was consciously trying to fashion at the time, influenced by what I’d understood, maybe mistakenly, from reading Nietzsche: the image of the amoral intellectual, the one who could, for example, fuse two contradictions together: that of being a person able both to read Kant and to steal one of his books.

I don’t think I’m any more moral these days, but I’m certainly no longer enamored by that image; in fact, I actually find it a little pathetic now. I don’t like the teenager I once was. I can’t understand him, and I find his dreams trivial, laughable. Maybe the reason for this revulsion is because so much of that teenager still lurks inside me today. Exactly like that memory that I didn’t realize was probably made up until I started writing it down.

There are various reasons for self-loathing; perhaps one of them is our vague and fitful sense that what constitutes our memory and our identity is, for the most part, a series of lies and fabrications. 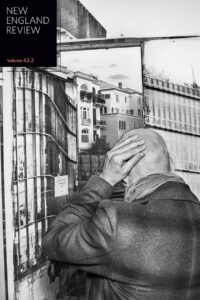 This nonfiction piece by Tarek Abi Samra, translated by Lina Mounzer, appears in the latest issue of the New England Review.

Tarek Abi Samra is a writer and translator from Lebanon. He writes regularly for the L’Orient littéraire in French, as well as for the independent online outlet Megaphone News in Arabic, and his work has also appeared in other publications in both languages. His short story “The Bastard” was included in its English translation in the Beirut Noir anthology published by Akashic books. He has translated, from French to Arabic, the Goncourt prize-winning novel, Boussole (Compass), by Mathias Énard.
Lina Mounzer is a Lebanese writer and translator. She contributes regularly to the New York Times and her work has appeared in the Paris Review, the Economist’s 1843 Magazine, and the Baffler, as well as in the anthologies Hikayat: Short Stories by Lebanese Women (Telegram Books, 2007) and Tales of Two Planets (Penguin, 2020). Recently, her essay “The Gamble” was chosen for Best American Essays 2022 and will be appearing in the forthcoming anthology.

Will McGrath on Traveling Through Rural Maine With Young Children

“Making It” in America: Vanessa Hua Addresses the Myth of the Model Minority 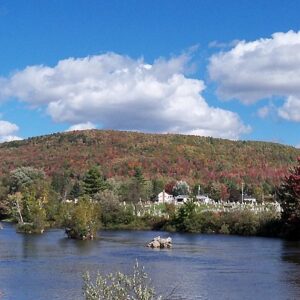 Will McGrath on Traveling Through Rural Maine With Young Children We found ourselves up in timber, Sam four, Eve two, the three of us hung between banks of Maine pine, out on a suspension...
© LitHub
Back to top
Loading Comments...