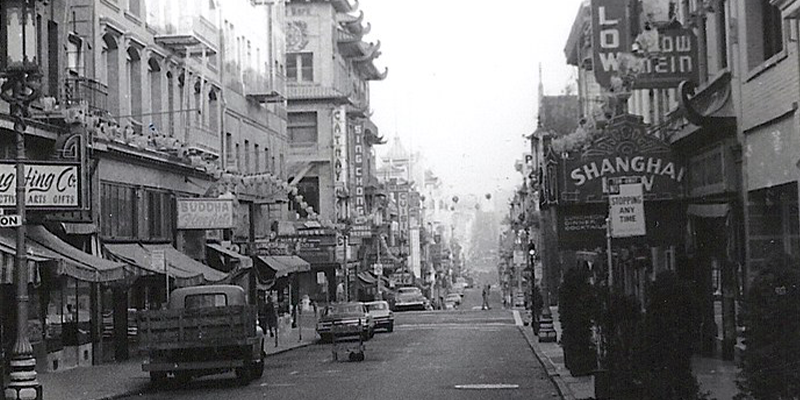 “Making It” in America: Vanessa Hua Addresses the Myth of the Model Minority

“Critiques of late-stage capitalism don’t address how people of color get pitted against each other.”

My Chinese-immigrant parents dreamed big for me, their American-born daughter whom they raised in the suburbs east of San Francisco. After my older cousin scored perfectly on his SAT, the high-stakes college-entrance exam, we learned that sixteen students in the United States had also answered every question correctly that year. My father’s response? “Getting a perfect score isn’t as hard as I thought it would be.”

I had no doubt of his love, though. He taught me how to cross-country ski on Lake Tahoe’s pristine trails in eastern California and also how to drive a car. To help me practice sharp turns, my father built a training module out of PVC pipes that I drove through again and again in an empty parking lot. And he was far more complex than any model minority depicted in the popular imagination. He loved to cruise San Francisco Bay on his red sailboat and to belt along to movie musicals, with their soaring songs, hero’s journeys, and reversals of fortune, their extravagant declarations of bravery and love that captured the promise and perils of coming here.

Like many Asian immigrants of his generation, he might have welcomed being labeled as hard-working and successful, but I’ll never know for certain. A decade ago, he passed away before we had a chance to talk about what it means to be considered a model minority.

I wish we could have discussed the origins and consequences of this myth. He would have been proud of how Asian-American novelists from California are resisting and remaking the dominant narrative—one born out of the Cold War. If the United States was to win the global propaganda battle with the Soviet Union, it had to prove that democracy was superior and that poor countries should follow their lead. In a democracy, in a meritocracy, discrimination and racism weren’t supposed to exist. Yet the civil rights movement of the 1950s and 1960s contradicted all that, as African Americans fought to gain equal rights in the United States.

This sudden embrace and elevation of Asian Americans as model minorities is suspicious, given America’s long history of xenophobia against them.

To quote U.S. News: “At a time when Americans are awash in worry over the plight of racial minorities, one such minority, the nation’s 300,000 Chinese Americans, is winning wealth and respect by dint of its own hard work … Still being taught in Chinatown is the old idea that people should depend on their own efforts—not a welfare check—in order to reach America’s ‘Promised Land.’”

The subtext of such articles—“If Asian Americans are ‘making it’ in this country, why can’t Blacks?”—is a false equivalency, claiming that the discrimination Asian Americans faced was identical to that of slavery, segregation, and police brutality.

In The Souls of Black Folk—a pioneering work of sociology and African-American literature first published in 1903—W.E.B. Du Bois famously asks, “How does it feel to be a problem?” That is to say, African Americans have their bodies, their children, and their people maligned—their very existence a difficulty that needs solving.

For Asian Americans, we might reverse the question and ask, “How does it feel to be a solution?” That is to say, to have their bodies, their children, and their people exemplified? This sudden embrace and elevation of Asian Americans as model minorities is suspicious, given America’s long history of xenophobia against them.

In 1849, the discovery of gold in California drew fortune seekers from around the world, and many Chinese people escaped economic chaos in their homeland. In the years that followed, politicians, unions, and businesses condemned the Chinese for taking away jobs and driving down wages of American workers.

The first immigration law in the United States was designed to keep out Chinese.

By 1882, Congress passed the Chinese Exclusion Act, which barred Chinese laborers from coming to this country. For the first time, the US stopped being a nation that welcomed foreigners without restrictions and began to exert controls at the border and within the country—based on race, class, and gender. The first immigration law in the United States was designed to keep out Chinese. They were viewed as un-American, perpetual foreigners whose loyalties lay elsewhere, who didn’t belong among whites or Blacks. There were limited loopholes, allowing merchants and scholars and a few others to come in, but immigration from China plummeted for decades. More laws followed against migrants from other parts of Asia.

Congress repealed the Exclusion Act in 1943 when China became an ally of the United States during the Second World War. Yet policies, on the whole, all but banned most immigration from Asia. It wasn’t until 1965 that new laws were passed designed to attract skilled professionals, scientists, and engineers to the United States.

My parents arrived shortly before that wave after being awarded graduate-school fellowships in the Midwest. My mother would go on to earn a doctorate in biochemistry and my father in engineering. They met, married, and made their way to California.

The Golden State is now home to the largest Asian-American population in the country, with more than six million residents—about 17 percent of the state’s population overall and the fastest-growing ethnic group in the United States. Of the twenty-two million Asian Americans in the United States, a little under a third live in California.

Despite the growing numbers, those in power continue to use the perceived socioeconomic success of Asian Americans as a racial wedge against other minorities and to downplay the impact of structural racism on Blacks and Latinos. Over the decades, this dynamic has played out again and again. Consider the debates over affirmative action and race-conscious admissions to elite high schools and colleges that pit Asian Americans against other minority groups.

Today, demographers use “Asian American” as a label that encompasses people who trace their roots to more than twenty countries in East Asia, Southeast Asia, and the Indian subcontinent. The biggest groups include people of Chinese, Indian, and Filipino descent, followed by those with ancestry in Vietnam, Korea, and Japan—all with different cultures, languages, religions, geographies, class, education, and histories.

So what do Asian Americans have in common, then? Racial Melancholia, Racial Dissociation: On the Social and Psychic Lives of Asian Americans (Duke University Press, 2019)—a book that explores the social and psychic predicaments of young Asian Americans—argues what Asian Americans share is a long history of discrimination: “cast as an economic threat and hyper-productive automatons and hence pathological to the U.S. nation-state … refusal to see Asian Americans as a part and parcel of the American melting pot is less an individual failure to blend in … than a legally and socially sanctioned interdiction.”

The authors, David Eng—a professor of English and comparative literature—and Shinhee Han, a psychotherapist, describe the model-minority stereotype as “nerdy automatons” gifted in math and science, always working, compliant, wealthy, and free from discrimination. It’s a pervasive stereotype. Time and again I’ve encountered Asian-American characters in novels, movies, and television shows who are cold and analytical, utterly lacking in people skills. Repeated and repeated, such tropes harden into the only truth afforded to Asian Americans.

It’s what novelist Chimamanda Ngozi Adichie described in her 2009 TED talk “The Danger of a Single Story”: “The problem with stereotypes is not that they are untrue, but that they are incomplete,” she said. “They make one story become the only story. It robs people of dignity. It makes our recognition of our equal humanity difficult. It emphasizes how we are different rather than how we are similar.”

To be viewed as a “model” is to be viewed as not quite human, incapable of messy interiority and impulses. A new generation of literature, written by Asian-American authors from California, gives me hope. Their art resists the simplistic Black–white binary of race relations. Although America’s history remains entangled in the legacy of slavery, narratives that ignore the experiences of people of Indigenous, Asian, Latino, and mixed descent fail to reflect the world we live in. Yet far too often critiques of late-stage capitalism don’t address how people of color get pitted against each other. 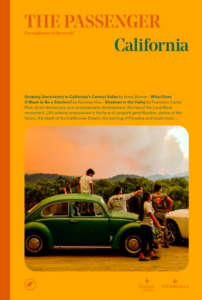 This is an adapted excerpt from The Passenger: California, available from Europa Editions

Vanessa Hua is a columnist for the San Francisco Chronicle and the author of the novel A River of Stars and a story collection, Deceit and Other Possibilities. A National Endowment for the Arts Literature Fellow, she has also received a Rona Jaffe Foundation Writers’ Award, the Asian/Pacific American Award for Literature, and a Steinbeck Fellowship in Creative Writing, as well as awards from the Society of Professional Journalists, among others. She has filed stories from China, Burma, South Korea, and elsewhere, and her work has appeared in publications such as The New York Times, The Washington Post, and The Atlantic. She has taught most recently at the Warren Wilson MFA Program for Writers and the Sewanee Writers’ Conference. She lives in the San Francisco Bay Area with her family. 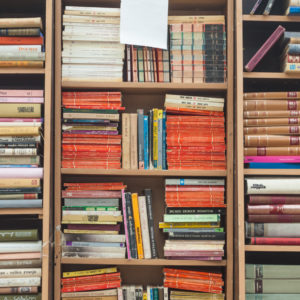 Kant’s Thief I entered the bookshop already terrified and sweaty-palmed, determined to steal Kant’s Critique of Pure...
© LitHub
Back to top
Loading Comments...