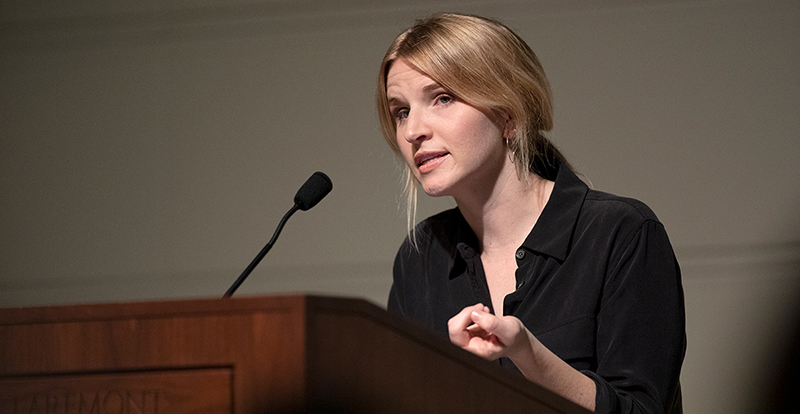 In our fourth episode, Tara Westover, author of Educated, talks about the slow process of leaving her Mormon faith.

Tara Westover: There was definitely a moment for me when I was at Cambridge and I’d been trying for a really long time to make a relationship with my parents functional. I did not make a decision to become estranged from them because there’s no way I would’ve ever chosen that at that time, but I did make a decision to take a year and just not have contact with them. That was the way I thought about it.

I would never have been in the headspace to explain to myself that I was choosing estrangement, but I just really needed a break. So I decided that I would just take a year. I wrote them and said, I am going to take a year and we’re not going to have any contact and I’m going to see how I feel at the end of it. That was definitely a huge change from everything. My entire approach to my parents before was trying to make this work at any cost. No matter what I have to do, I’m going to make this functional. That was probably the first time I said I’m not sure I have control over this or I’m not really sure that what I do is going to be able to fix this. I don’t know.

I think when you’re at a child and even a younger person and you have a really unstable relationship with your parents, it can feel like the quality of my relationship with my parents was entirely dependent on what I did. So if they are upset with me, it was because I wasn’t being the right kind of daughter.

I guess I would have been in my early twenties when my sister approached me and said, we need to talk to our parents about [my brother] Sean. He’s dangerous. We need to do something about it. So we did, and for my parents, I think that was the ultimate thing. They could not deal with. Sean had a lot of problems with violence. He had a lot of problems with women, and they were just not able to hear that. That was not something they could hear. … There’s an alternate reality where that happened differently.

When I first told my mother, she took it really seriously and she believed me and she said, Everybody knows that this has been a problem, and she apologized in a way that to me was really moving, because … I’d always kind of imagined that my parents knew about this and that they were OK with it and that was because they just felt that that was fair, that it was happening and it was OK. … But she more or less said, Oh, my God, that’s unbelievably bad and I’m so sorry. I really wish that I had been a different parent to you. I think there was this kind of glimpse of everything working out and they were going be sorry, and then my brother was going to get help and everything was going be put back together as if it had never been broken.

Then that future vanished because my father just wouldn’t deal with it. He would not confront the reality, and then my mother, who ultimately always followed my father when he decided he didn’t believe it, and they thought that I was making it up There was a period where he said I was possessed. That was his explanation for why I was saying what I said. That whole other future vanished, but it varnishing did not mean that I didn’t still believe in it pretty deeply and kept trying to make it come to pass. The fact that I had been so close to having it made me believe in it. All the marks I’d seen it, I knew as possible.

So I pursued it for probably another year or even maybe two years where my parents actively believed I was possessed by a demon. I was still trying to see them and convince them that this that the relationship was good and that I was good and that I was someone that they wanted and loved. … There was no part of me that was willing to give up on that future, but I had reached such an unhealthy and miserable psychological state. All I knew was, I can’t do this right now. So I need a break for a year. Clear my head for a year and then go back into the battle. Only I never did. 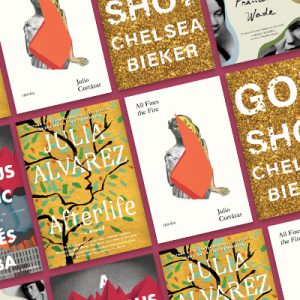 Julia Alvarez, Afterlife (Algonquin Books) For years, the US has been battered by messages of anti-togetherness. Parts...
© LitHub
Back to top