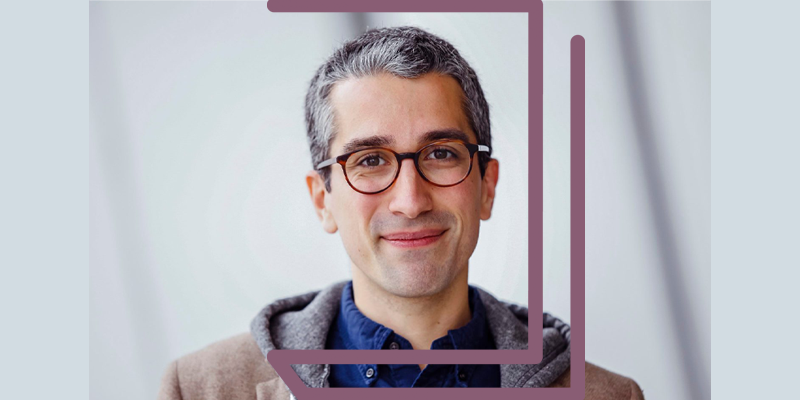 Peter Blackstock on Shuggie Bain and Editor As Gatekeeper

Last week, Douglas Stuart’s Shuggie Bain was announced this year’s Booker Prize winner. It’s no small feat for any writer, but what makes this win so spectacular is the fact that Shuggie Bain is a debut novel. (It’s only the fifth debut novel to win in the Booker’s 51-year-old history.) During his brief speech at the virtual award ceremony, Douglas Stuart thanked his editor for being the only one to take a chance on him in New York City.

Peter Blackstock, a senior editor at Grove Atlantic, is no stranger to the Booker Prize. He also acquired last year’s winner, Bernardine Evaristo’s Girl, Woman, Other. (Not to mention Viet Thanh Nguyen’s Pulitzer Prize-winning The Sympathizer, Akwaeke Emezi’s Freshwater, Sayaka Murata’s Convenience Store Woman, and a slew of other amazing titles.) What’s his secret? In the midst of his celebrations, Blackstock graciously took the time to answer a few questions for us.

Katie Yee: You recently announced that you became a citizen of the United States. (Congratulations!) How do you think your experiences outside the US, specifically outside of New York City publishing, have shaped your path and the kinds of stories you gravitate towards?

Peter Blackstock: I think about this a lot—it’s imperative for editors to publish books that go far beyond their own experiences, and yet the reason why it’s so important that the industry become more representative of the country is precisely because we know we bring implicit biases, interests, and specialist knowledge to our work as editors.

My mother is Punjabi Malaysian, and I know that I felt particularly drawn to The Sympathizer in part due to my Southeast Asian and mixed-race heritage. All four of my grandparents were born in different countries and I now live in another one, as an immigrant, albeit one with privileges not afforded to many immigrants. I grew up in the UK, and know that for that reason Shuggie Bain did not sound as foreign to me as it did to many American editors, and as a gay man this story of queer childhood resonated very deeply with me emotionally. It’s impossible to separate out salient parts of identity from selfhood, so I don’t know if I would have felt any differently about either of those extraordinary books had I had a different background. But having a diverse editorial and publishing team and faith in editors from backgrounds underrepresented in publishing can help houses make sure they are publishing the most interesting and powerful stories available in the most energetic and thoughtful way possible. That’s an opportunity the industry can’t afford to miss.

All the same, reviewing fiction and most nonfiction will always be subjective, and for that reason I think sharing material with editor colleagues can often help good books find the right home. I have passed submissions to colleagues that they have acquired and published brilliantly. We owe it to writers to give them the best chance of telling their story and we editors should be acutely aware our gatekeeping power.

KY: During the Booker ceremony, Douglas Stuart said you were the only editor in New York to take a chance on him. Clearly, you’re seeing something that doesn’t quite line up with the majority of your peers here. When you pick a manuscript, are there certain things you look for?

PB: I feel very lucky to have been able to acquire Shuggie Bain and to work with Douglas on it. Some of the most successful books Grove has ever published have been won with us as the sole bidder, so Douglas stands in a proud tradition! It’s a very subjective thing to consider a piece of literary fiction, and I have turned down successful and prize-winning books myself, but I felt extremely strongly about this book—deeply moved by the story and hugely impressed by Douglas’s writing. You could tell from the first paragraph that you were in the hands of a truly masterful writer.

Some of the most successful books Grove has ever published have been won with us as the sole bidder.

When Kirkus called the book a “masterpiece” I felt so glad, since that was the word I had been using to describe it, albeit in a tentative British way! I feel lucky to work at a place like Grove which is very editorially-led, and my colleagues who read alongside me couldn’t have been more supportive of the acquisition. Our editorial director Elisabeth Schmitz was a particularly strong champion, and our publisher Morgan Entrekin was thrilled when we were able to acquire it. Perhaps other editors felt the same but then were talked out of offering by others (or themselves—I have done that several times and regretted it every time). In any case I hope that Shuggie’s success can help blaze a trail for other great works that might be overlooked by US editors.

KY: The list of books you’ve worked on is extremely diverse, in terms of race and country of origin. On a purely narrative and structural level, too, your titles have really run the gamut. Girl, Woman, Other is an experimental novel in verse that explores the experiences of several Black women. Meanwhile, Shuggie Bain is a heartbreaking bildungsroman about coming into your queerness amidst the backdrop of family hardship and addiction in Scotland. How do you approach such different novels when it comes to the editing process? How do you have so many hats?!

PB: I love having a list that reflects the world, and you don’t have to sacrifice on quality to do so, in fact, quite the opposite. I want my list to reflect both the American experience, particularly of people who are marginalized by societal power, and the broader world beyond the States. I can’t imagine not publishing books in translation, or not publishing novels that take chances in their form or style, from Akwaeke Emezi’s Freshwater to Jean-Baptiste del Amo’s Animalia to Bernardine Evaristo’s Girl, Woman, Other.

Regarding editing, each book requires a different editorial approach, sometimes I suggest quite a lot of work, sometimes less, but one constant is that all of my edits are just suggestions for the author or translator to consider. I don’t acquire pieces of fiction that I wouldn’t be proud to publish in their current form, but I do feel that the editor’s role is in part to act as a counterpoint to the author and suggest things (including stupid ideas—I make at least one of those every edit!) that might spark a different direction or help underline a resonant moment of the story. I don’t write myself, so consider each manuscript a little miracle, and worry sometimes about somehow spoiling the magic with an edit. But in my experience the author always knows what is a good edit and what is a bad edit and takes only the good (and forgives the editor for anything stupid!)

KY: Earlier this fall, you were named the publisher of Grove Press UK, Grove Atlantic’s UK-based imprint, under Atlantic Books. (Congratulations again!) What is your vision for the direction of that imprint? Do you consider different things when choosing a book for a UK audience as opposed to a US audience?

PB: I’m really looking forward to this new part of my role, and thankfully with everyone on Zoom these days the Atlantic Ocean doesn’t feel quite so wide! The Grove UK imprint has been going for more than ten years and I mostly intend to help the Atlantic Books Associate Publisher Clare Drysdale and the rest of the Grove UK team continue their amazing work. But I am thrilled to be able to bring some new voices to the list, including a handful of writers we aren’t publishing in the US. The Grove UK list has been a little nonfiction heavy so in due course I’m excited to talk about a few brilliant fiction writers we are going to be bringing to UK readers.

KY: What are you reading right now? Are there any new writers we should keep an eye out for here?

PB: At the moment, I’m taking a break from the modern world by reading Maurice by E.M. Forster, and have The Shadow King by Maaza Mengiste and This Mournable Body by Tsitsi Dangarembga next on my pile.

Katie Yee is a Brooklyn-based writer and the associate editor at Lit Hub. 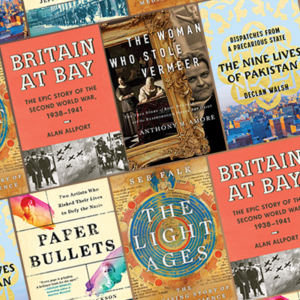