“Take Only What Belongs to You” 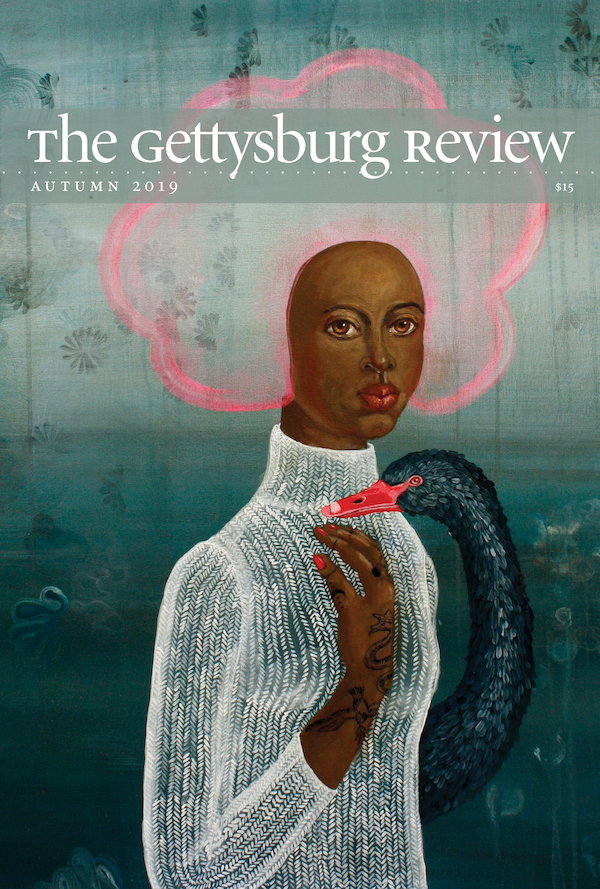 The following is an excerpt from a Kathryn Harlan story entitled "Take Only What Belongs to You", originally featured in The Gettysburg Review Autumn 2019 issue. Kathryn Harlan is a fiction writer, currently at work on a novel and a book of stories. Her work can be found in Strange Horizons, The Gettysburg Review, and the Michigan Quarterly Review.

To the Library of Congress, Esther carries a slim blue book. She clutches it beneath her coat. Her free hand is jammed into her fleece-lined pocket, her fingers tapping against the fabric like it’s the skin of a drum. She feels as if she is trying to inhale under a great weight.

Next to her, Cora hums unrecognizably, breathing white music into the winter air. She isn’t even wearing her hood, and she looks like a character in a Christmas movie, flecks of snow caught up in her dark hair.

A corner of the slim blue book presses into the meat of Esther’s left breast. It’s a volume of short stories, bound in old cloth, with a silver tree embossed on the cover. The title page reads “Housecat, Wildcat, A Collection by Anais Casey.”

Most people are familiar with Casey’s more famous work. Her story, “Kitchen Things,” about a woman who made a set of silverware out of her husband’s bones, was taught in a lot of college classes alongside “The Cask of Amontillado” and “The Yellow Wallpaper.” English 200: Gothic Literature. “And of his femur I made a serving spoon.”

They stop at the broad white steps of the library, and Cora finishes Esther’s coffee before giving her a mocha-flavored kiss. “When do you think you’ll be done?”

Esther shrugs. “When does the library close?”

Cora gives her a fond, tolerant look. “Text me.”

When Cora waves good-bye, her bony fingers stand over the wool cuff of her coat like birthday candles.

The manuscript reading room is less lovely than the rest of the library. No marble statues, no blue-and-gold frescoes. The room reminds Esther of college: the flat ceiling LEDs, plain desks, pocked navy carpeting. At the librarian’s desk, Esther turns in her bag and identifies herself as the woman who called about the Anais Casey boxes. She feels, even as she recites this legitimizing phrase, like she’s trespassing.

The first story in Housecat, Wildcat is small and sad, a silver button of tragedy called “Slack Your Rope.” It’s a monologue delivered by a woman whose lover is to be hanged the next day. The narrator will not name her lover or say what he is hanging for. It seems as though, in the patter of her speech, she is being asked by some invisible interviewer and refusing. “That part is not important. I won’t tell you. I don’t have to.” And then, on the last page, she begins to list the things she would trade so he could be allowed to live:

Anais Casey was born Anais Hamilton in 1918 and raised unglamorously in a lower-middle-class suburb of New York. Her father was a translator and traveled often. Her mother was an alcoholic of the housewife sort and went mostly ignored, so Anais was raised primarily by an older sister, Victoria, with whom she mostly quarreled.

Tenderness and beauty are inextricable for Esther, though she wishes that they weren’t and that her understanding of beauty was different.

Esther pictures Anais as very narrow, thinks of her as someone who fails to take up space. She feels a little guilty for this imagining, does not want to understand Anais as young and thin and pale and pretty, but she pictures her with too much tenderness to do otherwise. Tenderness and beauty are inextricable for Esther, though she wishes that they weren’t and that her understanding of beauty was different.

Esther cannot say exactly when she began to fall in love. It’s not a process she wants to minimize by pinning it somewhere specific, to an exact line in an exact story. But, in the titular story of Housecat, Wildcat, a girl, Tabby, goes away to boarding school and makes a friend, Alice, who is angelic, all gold and loveliness. It reads like a chapter of Jane Eyre until the two girls get up one morning and, without any reason, hold hands and walk into the woods. The rest of the story, its majority, comprises descriptions of survival—building fires with callousing hands, felling an injured deer, sleeping curled like pigeons in the trunk of a tree. It’s one of Casey’s earliest published stories and far from her best. But it belongs to Esther and is about love.

I always imagined that Alice had a beautiful secret knowledge, something that she kept from me, not out of cruelty. Out of savage kindness, I think, knowing I wouldn’t be able to know in the same way she did, not wanting to hurt me like that. I did not like to think that she was confused, or frightened, but I did like, a little, having a secret knowledge she couldn’t yet, knowing something about what we were that I couldn’t tell her. I stroked the hair at the back of her neck, like she was a great cat curled in my lap. I thought I could be the first person to ever show her kindness, to ever know her for herself and love her. “I am going to make you a house in the trees,” I told her. “I am going to grow all the boughs together so you can live there like a pear. I am going to bring you chocolate and cheese and not leave you alone.” I wished that I had told her our secret then, but I thought I would have her forever.

Esther is seated at a table. Anais Casey has thirty-nine boxes in the Library of Congress, and the letter Esther is here for is in Box 31, Folder C, but she asks to start at the beginning. The buildup feels necessary. Esther thinks there must be some threshold of context that will make her able to render the words of this letter in a way both perfect and new.

The librarian fetches her request. He is a thin man, scholarly, big round glasses with gold rims and a first fine layer of wrinkles on his brown hands. Esther wonders if there is something here he defines as belonging to him, certain boxes he pulls when the room is empty.

There are only a few other people in the reading room. A fair-haired woman, perhaps a graduate student, in a red wool coat poking at her pink phone instead of the daunting stack of papers next to her; a frail man holding a trembling magnifying glass over a scroll of paper; a broad woman in a floral dress who keeps lifting a hand to her cap of curls to twist the strands. In the corner, a gray water fountain hums, and the room smells of dust and distant cologne. It is not at all spiritual in the way Esther expected, but she still feels choked and uncertain of her own worth.

The librarian wheels out the cart, tells her, “Boxes one through six,” with soft disinterest.

Esther thanks him, watches him amble back to his desk; watches the blond girl finally lose interest in her phone and, with a delicacy that Esther would not have credited her, lift the first page on her pile; watches the old man lay down his magnifying glass as if he needs to rest from it. In this way she delays opening the first box.

Anais has a story, “The Stoddard Woods Angel,” about a newlywed woman. Her husband isn’t cruel, and he doesn’t beat her. He’s fine. She doesn’t mind him. But she keeps seeing a woman in the woods. The woman may be a ghost, always disappearing around blind corners. The new wife unspools pages and pages thinking about her—her fingers like slivers of light, her face a bowl of still water, her incredible, inevitable strangeness. The wife wants to know her so badly.

Ghost Stories and Love Stories: Fear and Longing in Homesick 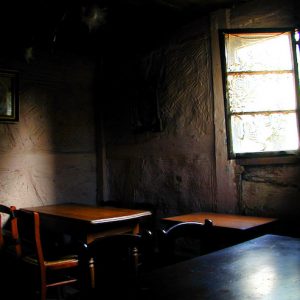 Ghost Stories and Love Stories: Fear and Longing in Homesick Nino Cipri entered the Dzanc Short Story Collection Contest with no expectation of winning. When they won, they were shocked....
© LitHub
Back to top