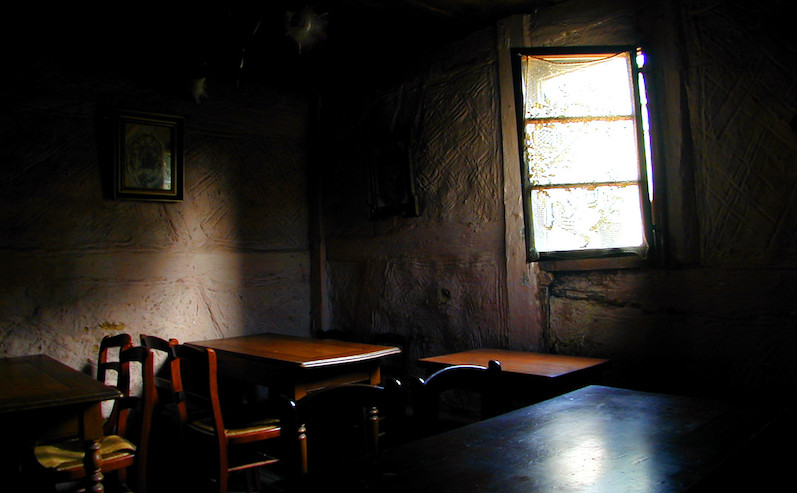 Ghost Stories and Love Stories: Fear and Longing in Homesick

Nino Cipri entered the Dzanc Short Story Collection Contest with no expectation of winning. When they won, they were shocked. The prize comes with a publishing contract, and suddenly Cipri was scrambling for a literary agent, negotiating a contract, and reaching a wider audience.

“I wasn’t really planning on writing a short story collection for probably another decade,” Cipri explains in his conversation with Rob Wolf on New Books in Science Fiction. “I don’t have the kind of output that a lot of other short story writers do. I was publishing maybe one or two stories a year.”

The stories in Homesick combines science fiction and horror to create complex tales about everything from ghosts and alien seedpods to difficult mothers and falling in love. The stories take many different forms. One is built on letters, another on a multiple-choice quiz, and another consists of a transcript of recordings. What all the stories have in common is an interest in the meaning of home, and the presence of queer and trans characters.

“For me personally, as a trans person, I’m always thinking about what does home mean when I literally don’t feel at home in my body, or didn’t for a long time. I do now,” Cipri says.

Rob Wolf: Structurally the stories in Homecoming are all different. What does that say about you as a writer and how do you know when you’ve found the right format to tell a particular story?

Nino Cipri: It can take me years to find the right format for a story. A lot of the stories in the collection were simmering in my brain for two to three to four years. It also comes from my background as a writer. I started out doing screenplay writing and then playwriting, poetry, essays and then started getting serious about writing fiction. So some of the stories started out in a completely different genre, and I translated them into fiction because at this point that’s what I know how to do. ‘Dead Air’ [which is written as a transcript of recordings] actually started as a radio play about two women, one of whom is doing an ethnography of the people that she’s having one-night stands with. And I thought that was a really interesting idea for a fictional radio play.

RW: ‘Dead Air’ is the scariest in the collection.

NC: It’s the most straightforward horror story. I was trying to see if there was a way for me to translate all of the terror of a found-footage film into prose. The greatest thing about found-footage is all of the things that you just barely see. A lot of the time it never shows you the monster up close, which is really great when you’re writing, and you’re like ‘I don’t want to actually have to describe what this person is seeing. I’ll just write it as audio transcriptions and let the reader do the work instead of me.’

RW: In your other stories that have ghosts or poltergeist or wraiths, the characters are not astonished by the paranormal. For instance, in ‘A Silly Love Story,’ a poltergeist is haunting the main character Jeremy’s closet. He’s curious about the poltergeist, but he doesn’t really mind that it’s unraveling his clothes because most of his attention is on Merion, a person he’s falling in love with.

NC: The horror genre has been a part of my life since I was a kid and should not have been watching horror movies. It’s brought me, honestly, a lot of joy. It’s the genre that definitely brought me to other kinds of speculative fiction, but I don’t always necessarily want to write a story that is supposed to scare people. I find the idea of being haunted really, really interesting, but I don’t necessarily find it a source of fear. At least in my own life, a lot of the things that I’m afraid of are things like love. That has honestly been a much more clear and deep source of pain and suffering in my life. And I’m a sucker for a love story. I fought it for a long time, and I think that’s why a lot of my stories are just kind of like, ‘well sure there’s a love story, but also there’s ghosts. And let’s talk about the ghosts!’ But I love a love story. I do.

RW: Do you believe in ghosts?

NC: I don’t not believe in ghosts. I have never seen a ghost. I have definitely been in spaces that were very strange and very disquieting. And I love the idea of hauntings and being haunted. I don’t necessarily think there is a spectral entity that’s creeping around that’s like, you know, moving my coffee cup or whatever, but I do sometimes think that you can step into a space and feel the weight of its history and feel the people that have been there before and feel the relationships and the events. There’s some sort of resonance that happens.

Nino Cipri is a queer and trans/nonbinary writer, editor, and educator. They are a graduate of the 2014 Clarion Writers’ Workshop and earned their MFA in fiction from the University of Kansas in 2019. Homesick is their first book. 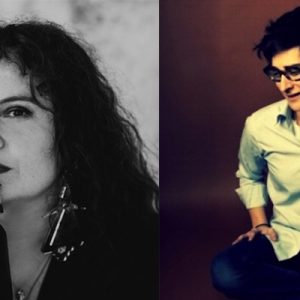 Dorothea Lasky, author of Animal, and Julia Guez, author of In An Invisible Glass Case Which is Also a Frame, sat down to discuss...
© LitHub
Back to top