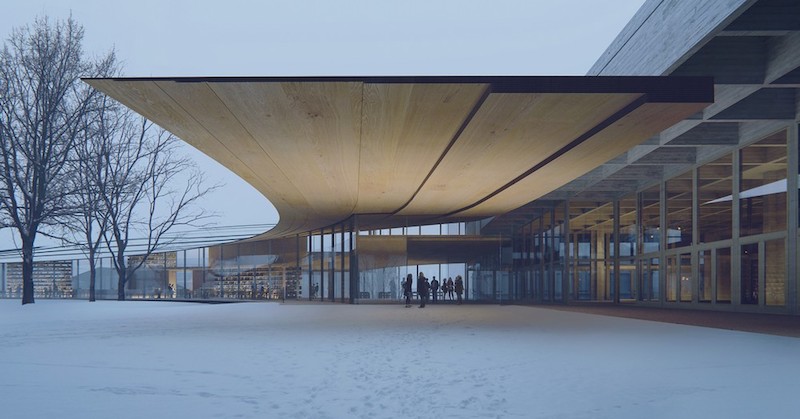 Take a look at the beautiful design for this Norwegian library dedicated to Henrik Ibsen.

Another gorgeous place to wistfully imagine visiting: a new library will exhibit the literature of playwright Henrik Ibsen in his birthplace of Skien, Norway. It’s not surprising that the design is staggeringly beautiful; in collaboration with Mad Arkitekter, it’s designed by architect Kengo Kuma and his team, the brains behind Haruki Murakami’s archival library at Waseda University and the fairytale-inspired Hans Christian Andersen museum in Odense, Denmark (and many other striking projects).

The library will be built in a park in central Skien, right across from the Ibsenhuset, the cultural center and concert venue also named after Ibsen. The library is designed to mesh with—not disturb—its natural location. It will have two stories above ground, and two stories below, which will evoke the feeling of being, as architect Yuki Ikeguchi describes, “submerged, protected, and nestled in the earth.” The library has a distinctive curved roof, which slopes toward the park, and the floor will be sloped as well. The roof will be covered in wood shingles designed to look like the trees which surround the building, and lighting inside the building will give the appearance of dappled, natural forest light. The open plan, covered outdoor areas, and earthen color scheme blur the boundaries between the man-made building and natural world outside, creating “seamless indoor and outdoor space.”

According to the team, the intent of the library is “to mirror the character of the silver vein in Ibsen’s writing.” This refers to the “vein of silver ore in the mountain” Ibsen talked about—the thread of specialness, symbolism, present in even the most realistic of works:

Every notable human being is symbolic, both in his career and in his relationship to history. But bad writers, misconstruing the theory that the significant phenomena of life should be intensified in art, make this symbolism conscious… Instead of it existing hidden in the work, like a vein of silver ore in a mountain, it is continually being dragged into the light of day.

The team believes the silver vein is present in the “uninterrupted journey between the city center and the library, where moments for unplanned meetings and new perspectives arise along the way.” It also feels apparent even inside the library; the project links the outside to the inside, finding the beauty and supernatural quality in the everyday. If only Ibsen had been born within walking distance from my apartment. 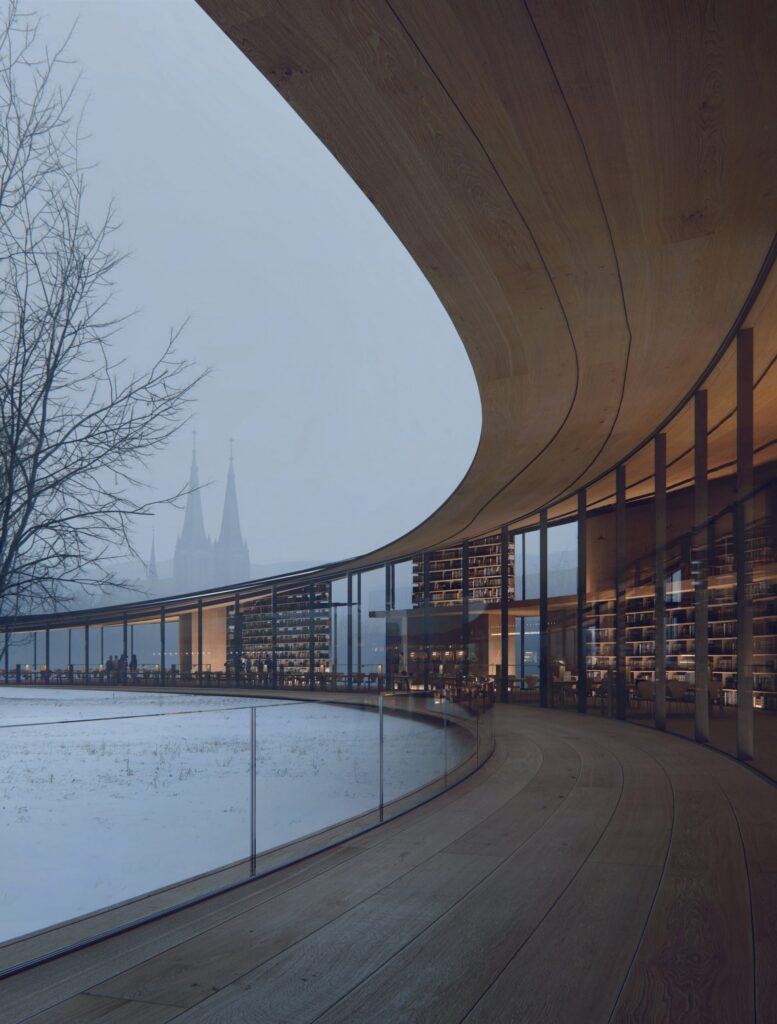 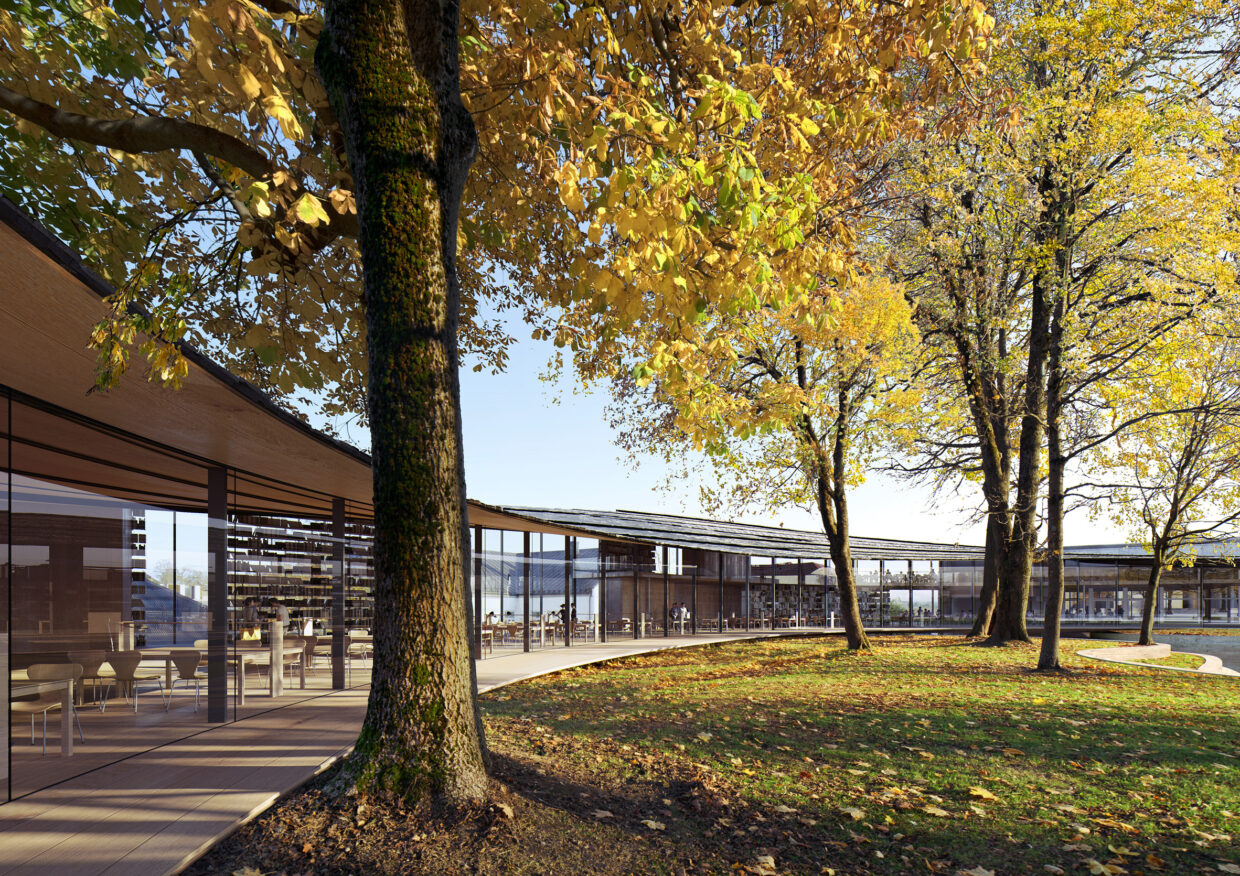 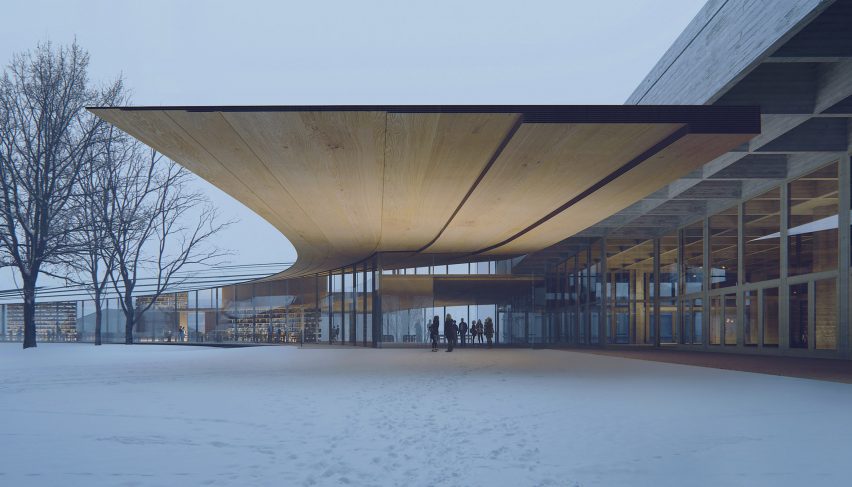 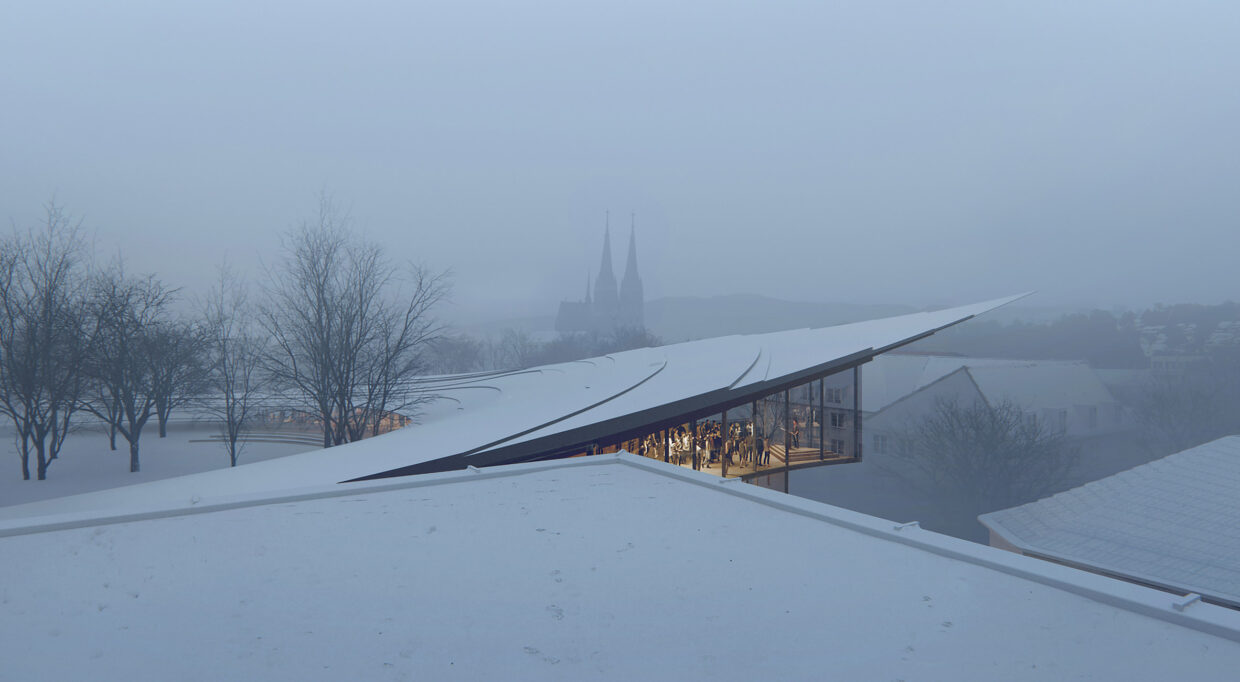 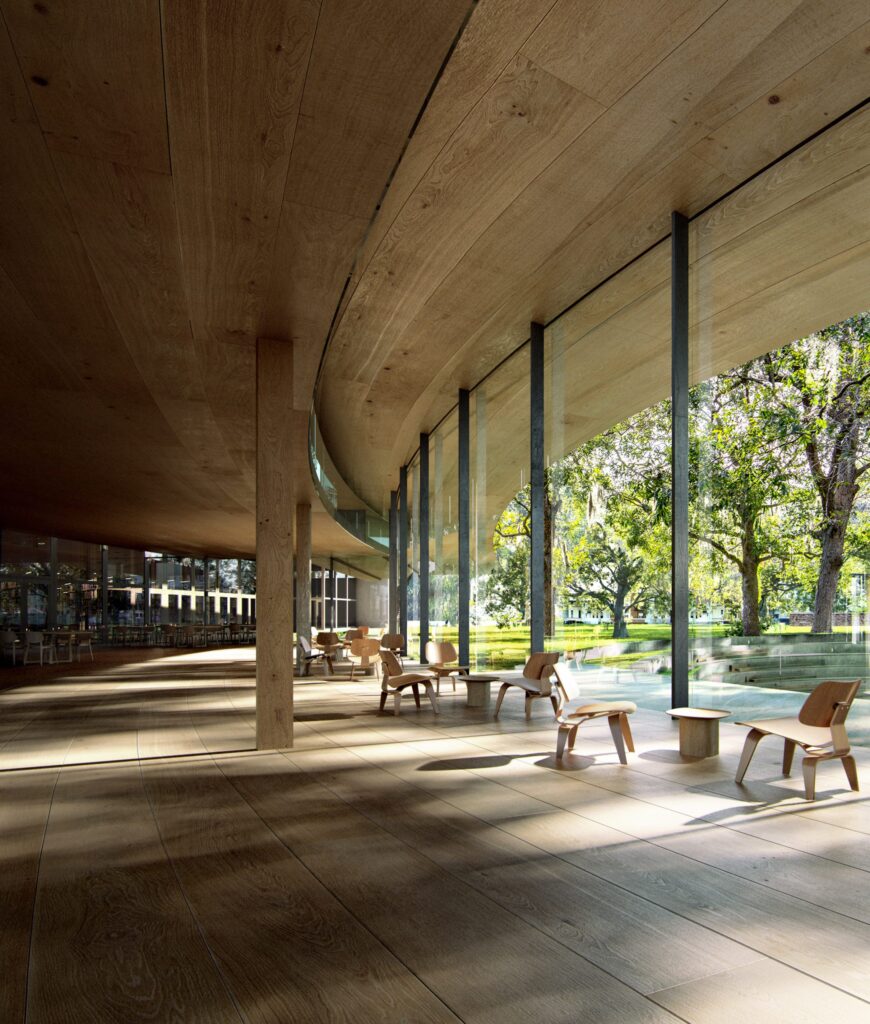 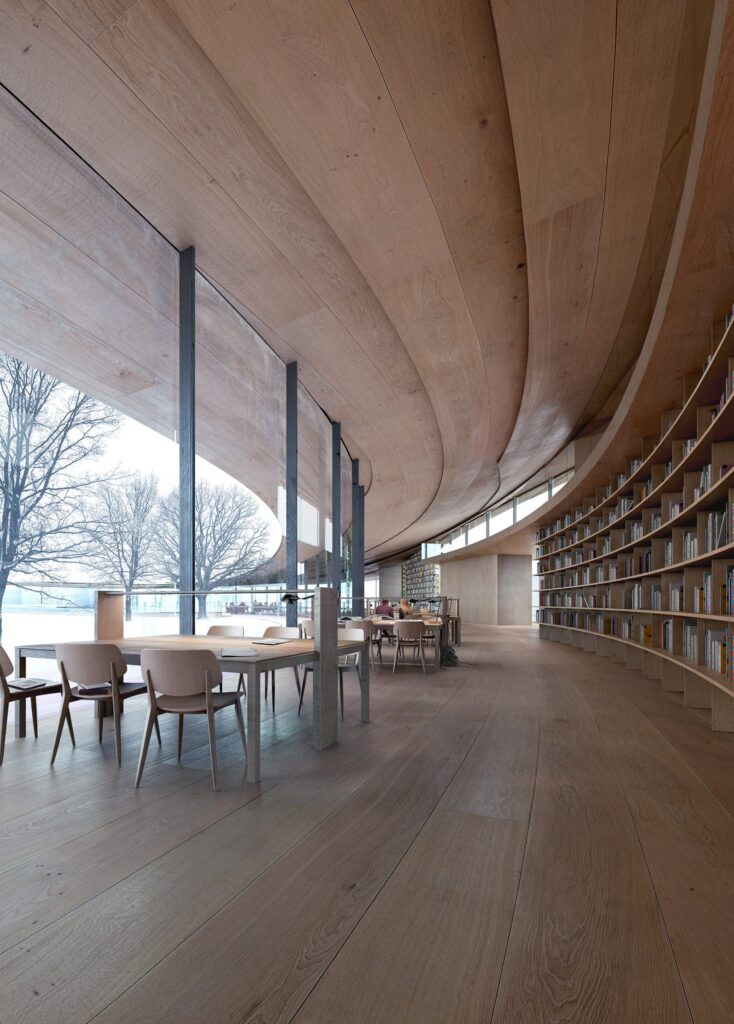 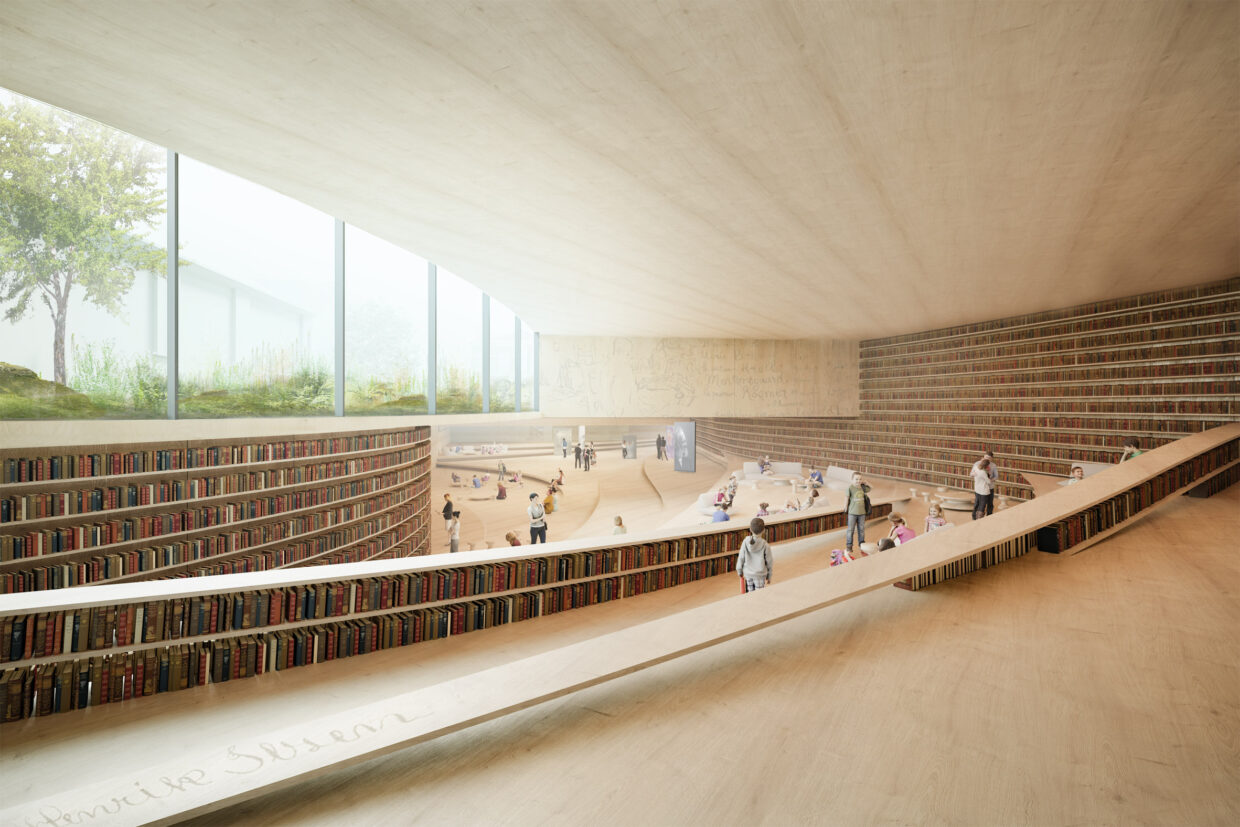