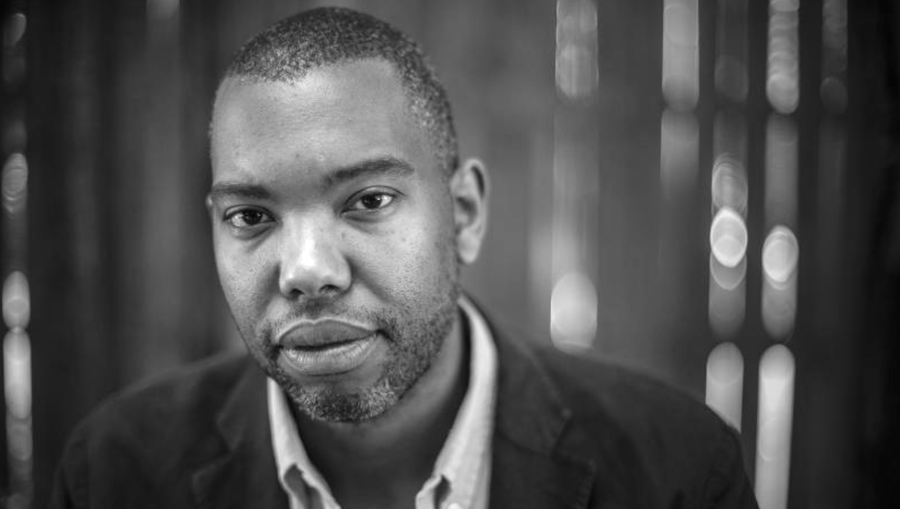 How does memory create power? How do you define freedom, and how does the emotional savagery of selling and separating members of a family destroy and define a human being? And, most powerfully, in the midst of trauma and loss, how does one find courage and how does love survive?

In this episode of Just the Right Book with Roxanne Coady, Ta-Nehisi Coates join Roxanne Coady to discuss his first novel, The Water Dancer, out now from One World.

Roxanne Coady: James Baldwin said, “Writers aren’t driven by inspiration. They’re gripped by compulsion. Something that irritates you and won’t let you go. That’s the anguish of it; do the book or die.” What was it for you?

Ta-Nehisi Coates: I don’t know about the die part, but that’s how it feels. With this book, a lot of people perceive this as a great shift from nonfiction to fiction. However, this book is older than Between the World and Me. This book is older than We Were Eight Years in Power. I started working towards this before that. While all that was going on, I would have to leave this book to go do my journalism and other books. I said to [my editor] Chris Jackson at one point, “I’m scared this won’t happen.” He said—and I won’t forget this—that “I you don’t get back to it, it never should have happened.” If you’re not pulled by it or you don’t feel that this needs to happen and you’re going to die… A book is a lot of work. It shouldn’t happen if you don’t feel that way.

Roxanne: You took ten years to write this. The book here, how much does it resemble what you wrote ten years ago as the story?

Ta-Nehisi: Not much. [laughs]

Roxanne: Did you ditch a lot of it?

Ta-Nehisi: Very much so. I had this idea of an interracial family in Virginia. I use family very explicitly. I don’t use it as a way to deadening or being euphemistic, but with some sense of irony. Two of them being black; two of them being white. Two being men; two being women. I wrote twenty to thirty thousand words of that, and it wasn’t very good. That’s okay. I was learning to write. In the course of writing, one of those voices was where the character of Hiram appeared; he made himself manifest. I decided I was really interested in him. … I decided other people weren’t interesting to me.

Roxanne: The other thing that was interesting to me was the fact that it was set in Virginia instead of the deeper South. Also, The Water Dancer focuses on more of the emotional savagery of slavery and the enslaved, about parents being sold away from their kids and couples being separated instead of the savage brutality of slavery. Why did you choose that to tell your story than rather what we often see that deals with the physical brutality?

Ta-Nehisi: I believe Virginia is our oldest colony. With being the oldest colony, that’s the first thing. More, and almost more significant, is that almost forty percent of African Americans in this country trace their ancestry back to Virginia. … The reason that’s the case is that the largest population of enslaved people were in Virginia. There were counties where over eighty to ninety percent of the people was enslaved. This is not particularly unusual for the South. … We have whole states that would not exist if it were not for slavery. Texas, for instance. It’s why we have Texas as part of America. Large number of black people were sold from Virginia to the Deep South.

Not sure if you’re following the case with Georgetown University, but that’s what happened. They sold slaves to the Deep South. This was extremely common practice, and when these sales took through there was little respect for families. … That was the crime that I wanted to focus on. I was also up against something that a lot of other African Americans feel: I just don’t want another story about slavery. That’s a deep sentiment for a lot of us.

That might have to do less with the facts of slavery but with how slavery is presented. As you alluded to, with most narratives of enslavement, the physical aspect are front and center. It’s a lot of whipping and rapes. People would say that’s what happened and we shouldn’t ignore it. But there are other truths too.

As much as people fear that visceral torture, they really feared the destruction of their families. That’s the deeper thing.

Roxanne: One of the things that I thought was so powerful in the book, a lot of times when we read about families being separated in Syria or Bosnia or somewhere far away, we want to make believe that their pain is less than our pain. Somehow it bothers them less. One of the things that is unique in the way you’ve done this, because we’ve become so understanding of these people who have become enslaved, the separation from their children or Hiram losing his mother becomes devastating. That’s what feels unique here.

Ta-Nehisi: Because you feel that you know these people that are being parted from each other. That’s the work of literature and art: to move it away from statistics and make it a personal story.

Ta-Nehisi Coates is the author of The Beautiful Struggle, We Were Eight Years In Power, and Between The World And Me, which won the National Book Award in 2015. He is a recipient of a MacArthur Fellowship.

The Book of Science and Antiquities 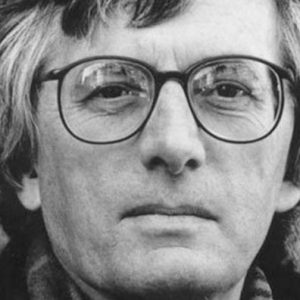 When asked in his Paris Review interview what he looks for in the poems he reads by younger poets, Charles Wright answered: ....
© LitHub
Back to top