Jeanette Winterson on Sharing Traditions with a Very Nontraditional Friend

In the early 1990s, Kathy Acker moved from London back to the USA. Harold Robbins had tried to sue her for cutting and pasting a passage from one of his books, The Pirate, into her edgy re-release, Young Lust.

Robbins, the mass-market soft-porn airport-novel novelist wasn’t interested in Acker’s life-long raid on power structures, or her deep-cut-and-paste method of ripping up existing texts—great or insigniﬁcant—to create new texts that disrupted the reader’s relationship with what they were reading.

Reading Harold Robbins takes no mental effort at all, so Kathy was surprised that the man who had sold more than 75 million copies of his sex and schlock formula should put so much mental effort into suing a literary bandit.

But Robbins had a high opinion of himself as a writer. Kathy’s appropriation of his work had made it comically  clear that out of the context of the page-turning sex-yarn—where language has no purpose except as a lubricant to slide the reader from one sex act to another—Robbins’s prose was awful. That was the problem. Kathy Acker had exposed Harold Robbins—to himself.

Robbins insisted she apologize—which was really the kind of suck-my-dick attitude that Kathy hated.

Kathy, being Kathy, wrote an apology more incendiary than the crime-bomb she had detonated.

Then, in characteristic Acker-fashion, the battle-brave bandit suddenly felt vulnerable, criticized, misunderstood. She packed her things and went back to Manhattan.

But Manhattan wasn’t quite right either—nowhere was ever quite right for Kathy, and not long afterwards she came to stay near me in a ﬂat I found for her to rent. And soon it was Christmastime.

The ﬂat was the last gasp of English eccentricity before every single place in London was gobbled up for greed and gain. It was a vaulted, echoing basement with a stone ﬂoor in an empty, grand Georgian house. I thought Kathy would like the long windows that opened onto an overgrown walled garden. The owner had died. The heirs were waiting for probate, and yes, Kathy could stay in the ﬂat for almost nothing, and I would be down the street.

But there were drawbacks. When I was telling this story to my wife, Susie Orbach, who is both Jewish and American, lived for a long time in Manhattan and is the same age as Kathy, she said to me, “Wait a minute, you put a Jew raised in Sutton Place in an apartment without a fridge?”

I failed to understand. I said, “She didn’t need a fridge; there was no heating.”

This was not the right reply. Susie put her head in her hands and said, “Sutton Place is one of the most exclusive addresses in Manhattan—it’s like Belgravia.”

“But Kathy was an outlaw!”

“She was also a princess!”

True. And it explains why, that Christmas, Kathy wore her Russian fur hat indoors. I couldn’t understand it at the time but I do now. She never said anything about it, of course, because what is often forgotten about Kathy Acker, sexual runaway and post-punk icon, is that she had perfect manners.

It was Christmas. I said, ‘Kathy, we need to make custard.’

The history of custard goes back to the Romans, who realised that milk and eggs make a good binder for almost anything, savory or sweet. As the Romans went everywhere, custard went everywhere too. By the Middle Ages, crustards were ﬁlled pies, like our quiches or ﬂans—a  crusty pie using egg and milk to hold the rest of the ingredients together.

The French are fans of custard but they don’t have a word for it—it’s crème anglaise to them, but whether it’s ﬁlling for an éclair or a quiche, rest assured, it’s custard.

The runny, pouring custard so popular at Christmas became a big hit in the 19th century—along with Christmas itself in all its glory. For this we have to blame or praise a Birmingham chemist called Alfred Bird, whose wife was allergic to eggs. Poor Mrs Bird liked custard but couldn’t eat it, so in 1837 Alfred knocked up a powdered version that used cornﬂour instead of eggs. Mr Bird added sugar and yellow food-colouring to his cornﬂour and soon Bird’s custard powder was to be found in cheerful tins all over England and the Empire. The craze for a tin of powdered stuff to be diluted with milk crossed the Atlantic when the Horlick brothers emigrated from England and in 1873 set up a plant in Chicago to produce their world-famous drink.

For some reason, from the late 19th century onwards, perfectly well-nourished men and women began to fear an entirely invented problem called “night starvation.” Drinks like Horlicks would solve this problem.

Kathy Acker liked Horlicks, and I used to make it for her. Kathy, drinking Horlicks and laughing about the impossibility of custard (she could not cook—she could not even stir), and obsessive about everything, found out for me that Dylan Thomas had invented a fantasy product called Night Custard.

In the 1930s while Dylan was dozing on the sofa of a well-paid friend in advertising, who happened to have a contract with Horlicks, Dylan thought he might make his fortune with Night Custard, and speculated that it might also be used as hair crème or a vaginal lubricant.

In fact Acker, with her bluestocking fascinations and zero culinary skills, had now blended together forever custard and New York City.

After all, Bob Zimmerman had changed his name to Bob Dylan because of his hero Dylan Thomas (maybe “Tambourine Man” owes everything to Night Custard).

And Dylan Thomas died in New York in the Chelsea Hotel. Whenever I make custard I think without thinking, image without imaging, a New York City now as lost as Atlantis; of Beat hotels and drunk poets and diamond voices as various as Andy Warhol and Patti Smith, Bob Dylan, Dylan Thomas and  Kathy Acker . . . who died not many years after this time, in 1997, furiously ﬁghting cancer and upholding Dylan Thomas’s poem:

Do not go gentle into that good night . . . Rage, rage against the dying of the light.

Our grand gestures and our small acts are not so far apart. We remember our friends for the insigniﬁcant and silly things we did together, and for the greatness that they were too. 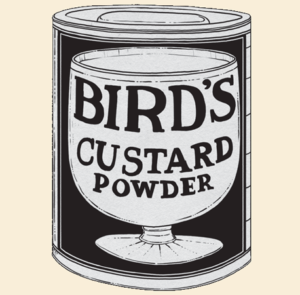 Whisk the egg yolks nice and ﬂuffy in a bowl. You can use the whites to make meringues or an egg-white omelette.

While whisking add the sugar.

Heat up the milk and cream but don’t boil it.

Return everything to the pan and return the pan to the heat. Do    not boil!

Yes, you can add brandy or rum. Some people like to add vanilla—in which case that goes in with the milk and cream.

And, like Mr Bird, you can add cornﬂour as a thickener—just a couple of teaspoons in with the egg mixture, NOT the milk mixture, and whisk, whisk, whisk.

The whisking business goes best with a balloon whisk. I use a copper whisk and a copper bowl and a copper warming pan, but that’s just for looks.

The key is to keep stirring once the custard is back in the pan and heating up. If you’re using some kind of a poet or dreamy type to do your stirring for you, you might end up with scrambled egg.

Pouring-custard like this should be served at once. And eaten. 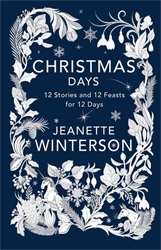 From Christmas Days. Used with permission of Grove Atlantic. Copyright © 2016 by Jeanette Winterson. 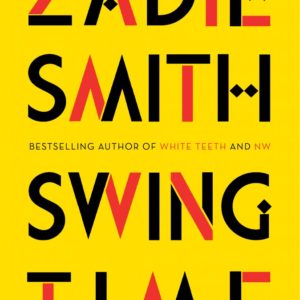 One If all the Saturdays of 1982 can be thought of as one day, I met Tracey at ten a.m. on that Saturday, walking through...
© LitHub
Back to top
Loading Comments...