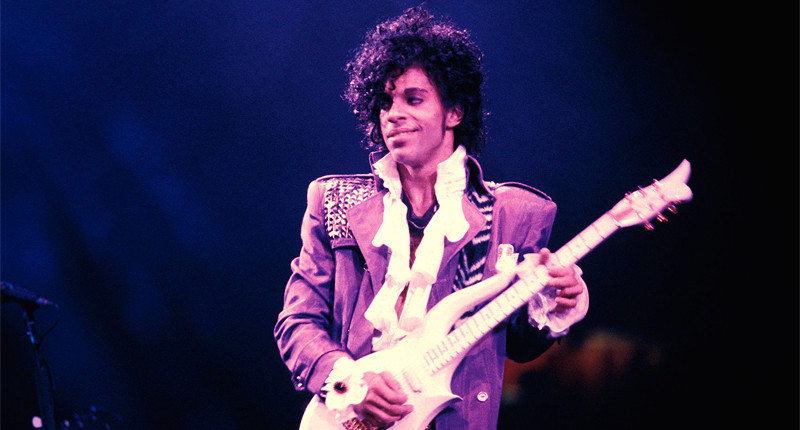 Kaitlyn Greenidge on Finding Her People, the Prince Fanatics

Even as I start to write this, I can sense the eyes of Prince, that expert shade thrower, rolling. I can sense that smirk beginning. What would a man who had very little patience for schmaltz and false ceremony make of the millionth internet tribute to him? The man who, when asked to participate in that very 1980s symbol of performative grief and false empathy, “We Are The World,” said he didn’t want to be around “all those motherfuckers.” The man who, when later pulled into a performance of “We Are The World”, with a bunch of superstars at the Grammys, stood dead in the center of the stage and, when everyone else began to sing song along, stuck a lollipop in his mouth and sucked instead? In light of all that, any words I write feel distinctly grubby and grasping, but here goes…

It was not until my late teens that I began to understand Prince. He had always been there when I was growing up, thanks to an older cousin who was a devoted fan. But, due to a series of increasingly terrible decisions that only a 19 year old would make, I ended up in Juneau, Alaska in the fall of 2000, preparing myself to stay for the winter. Before I moved there, I had thought, “I need to experience the complete opposite of my life so far.” I was not prepared for the utter lack of blackness around me, how much I would miss other black people. I spent that fall in the public park that overlooked the harbor, watching the last cruise ships of the season as they sailed away, listening to a Prince cassette tape on a portable player. I played “When You Were Mine” on repeat, wanting to cry each time and not really being certain why. Looking back, I can see: Prince is an artist who is unapologetic in his blackness but who manages to resist mainstream racial categorization. Like his predecessor James Brown, he’s an unapologetic black musician who is beloved by some of the whitest people I’ve ever met. I sat in that windswept park in Alaska and looked at each big, blank ship lumbering away across the waves and listened to Prince lament, “I love you more than I did when you were mine” and my 19-year-old heart filled up with tears that I didn’t yet know how to classify.

Prince is a kind of password, a way of finding my people. He is an artist that no one can really dislike, but if you can find his fanatics, you’ve found someone special. There was the boy who had a crush on me and could only communicate with me by singing Prince in falsetto. There were the girls I finally found after so many years of looking in high school. We spoke to each other through mixtapes that we passed back and forth while drinking coffee in our school’s basement before the first bell. One of them handed me a mix with “If I Was Your Girlfriend” with the admonition… “The last time I gave this song to a girl, she thought I was in love with her, but I’m not. I’m in love with this song.” In college, there were the friends I found because they were the only people who were willing to give themselves over completely on the dance floor when Prince started playing, the only people willing to break the scared, overly ironic poses of post-9/11 college kid life.

Prince is a kind of password, a way of finding my people. He is an artist that no one can really dislike, but if you can find his fanatics, you’ve found someone special.

The secret code of Prince is there in the lyrics of his most famous songs. His songs reject conformity, which reject the dominant lens of life, which reject anything as simple and square as a binary. “I’m not a woman, I’m not a man, I am something you can never comprehend,” he sings on “I would Die 4 U” and again, on “Controversy,” probably my favorite Prince song of all time: “I just can’t believe all the things people say… Am I black or white, am I straight or gay?… Do I believe in god, do I believe in me?” As news of Prince’s death spread over social media today, I was struck most by the tribute from the artist Gordon Hall who wrote, “Can we take this moment… to remember that the gender variant queer world is so much bigger than who is ‘gay’ and who is ‘straight’… terms that are themselves based on a rigid gender binary and an assumption that people don’t continue to change our whole lives. Because these two are in the welcome committee in my utopia.”

I think that’s what I was drawn to about his music. As a straight woman who revels in femme identity but spends a lot of time feeling completely alienated and bored by the machinations of much of straight life, Prince was an invitation to the realization that none of that mattered. That life was bigger, deeper, more interesting, more widely felt, than a binary. There’s the corny, self-conscious inclusion of “We Are The World,” that Prince disdained. And there is the truly magnanimous and multiplicitous world of his music that declares knowingly, with a laugh, “But life is just a party, and parties weren’t meant to last.”

Kaitlyn Greenidge was born in Boston. She received her MFA from Hunter College. Her work has appeared in The Believer, American Short Fiction, Guernica, Kweli Journal, The Feminist Wire, Afro Pop Magazine, Green Mountains Review and other places. She is the recipient of fellowships from Lower Manhattan Community Council’s Work-Space Program; Bread Loaf Writers’ Conference and other prizes. She currently lives in Brooklyn.
Share: 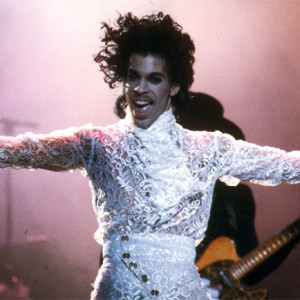 Prince: Finding Joy Outside Conformity How will I live now that Prince, the voice of my childhood, and the soundtrack to my adult desire, is dead? Who would I be without...
© LitHub
Back to top