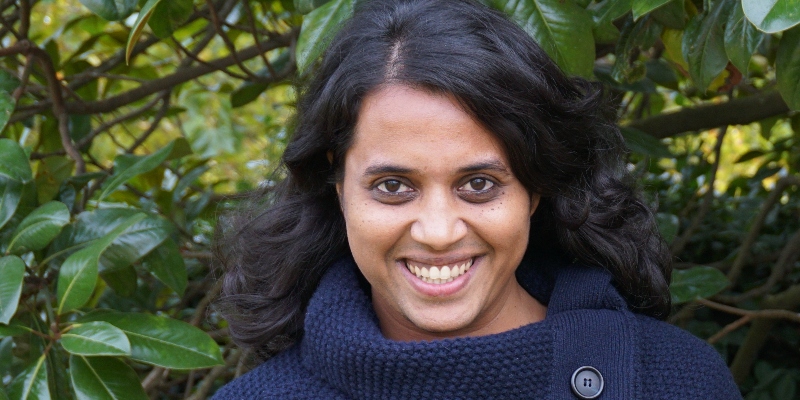 Editor, dramaturg, and author Sunila Galappatti joins co-hosts V.V. Ganeshananthan and Whitney Terrell to discuss why protesters across Sri Lanka are calling for the resignation of their once-popular president, Gotabaya “Gota” Rajapaksa. Galappatti reads from her recent article in The Hindu about what the protests look like firsthand, and also talks about how brutal economic conditions are driving people of different class and ethnic backgrounds—including Gota’s primarily Sinhalese base—to unite in unexpected ways; the growing space for critical political speech; and what the international media is missing about the protests.

A Long Watch: War, Captivity and Return in Sri Lanka • “Seeking Refuge in ‘GotaGoGama’ – a Partial Journal of Protest,” The Hindu, May 16, 2022

V. V. Ganeshananthan: It’s May 18 for us—it’s May 19 in the morning for you. And so we’re talking to you on the anniversary of the war’s ending. That victory made the Rajapaksas just extraordinarily popular, and they’ve long campaigned on a security platform, strong military response, and militarization. They’re known for abuses of power, some of which we’ll talk about a little bit later in the show. So the current protests and their scale are a huge change of fortune for the Rajapaksas. And their response to a lot of this—although correct me if I’m wrong, obviously, I’m looking at this from afar—has been that the crisis is mostly the result of external factors. And I raise my skeptical eyebrow at this, and I wonder if we can talk a little bit about why the protesters are blaming Gotabaya specifically, and what’s led to the present situation.

Sunila Galappatti: You’re absolutely right, this is a huge change of fortunes. And we should say, it’s not the first change of fortune, because, of course, the Rajapaksas were voted out in 2015 by the public, and then brought back in 2019 on a platform of national security and of racism against minorities. And they are extraordinarily well protected by the security forces, by the apparatus they’ve put in place for their protection, and have engendered a culture of fear over the years. So it’s an extraordinary feeling sometimes to be on the street shouting, “Gota, go home.” It’s not something I could possibly have imagined two years ago when the Rajapaksas returned to power, or certainly 10 years ago, when they were in power before.

VVG: Some of what has happened here, the Rajapaksas have pointed to the pandemic and the war in Ukraine. Tourism has been a huge industry for Sri Lanka, so that was impacted by COVID. But there’s also been real economic mismanagement. In addition to campaigning on a security platform, the Rajapaksas have also consistently—especially when people have emphasized or have called for justice—the Rajapaksas have countered by basically ignoring that and saying: development, development. And it seems like, actually…

WT: Well, I was just thinking of a family that won the presidency, was out of favor, then made a comeback, and, you know, emphasized security, started wars… Anyway, whatever, you know, that’s not probably an exact parallel.

SG: I think we might need a bit longer to unpack that.

VVG: It would be like if Jeb were Secretary of Defense and Laura were, I don’t know… And Jenna… I don’t know the Bush family tree the way that I arguably know the Rajapaksa one. But at one point, there were something like 60 Rajapaksas in government, like the ambassador to the U.S. was their first cousin. They were, they’re everywhere. But the response [to the protests] was: It’s not us. The protesters have kept yelling, “Gota, go home,” and they’re undaunted by this response, you know, like the pandemic, the war in Ukraine has affected the food supply, or… Because there are questions about the imports and exports, like farming, what kind of domestic production there is. What are you having a hard time getting right now? What is the economic situation on the ground in Colombo?

SG: Let me go a few steps back in what you were describing. You’re absolutely right;  the problems are so multiple that it’s almost impossible to start talking about them. We have a huge problem because of a disastrous tax cut that was brought in affecting government revenue. We have a history of abuses of power, we have corruption, we have nepotism, we have a balance of payments crisis, we have an overnight decision to go to completely organic farming and end the use of chemical fertilizers. Again, disastrous in the way that it was brought in.

We have an impending food crisis. I’m not an expert on any of these subjects, but one feels surrounded by the problems of mismanagement that have led us to this place. And yes, the response seems to be largely one of denial. You know, blame anything else. The president has made several addresses, always against a backdrop of some Sinhala Buddhist monument in the country in which he sort of reminds people that his family essentially, his regime, won the war. And they often announce that they handled the pandemic better than anyone else did. There is that problem when the lie is so blatant that one doesn’t know how to start engaging with it or, basically, when the lie is blatant, it’s impossible to engage with it. And so for a long time, we’ve just had that sort of standoff. So the current protests and the current refusal of the public to take the lie anymore, is quite extraordinary.

VVG: That’s fascinating to me, that the denial is, you know, we handled the pandemic better than anyone, because that’s the same thing they used to say about, or maybe still are saying about, terrorism.

SG: Yeah, I think there’s probably not much point getting into how, I don’t know how to even put it… I mean, how blatant the delusion is, or the lie is, the denial is…

WT: I am on a podcast that’s probably the most Sri Lankan-facing literary podcast in America, but I am not the Sri Lankan expert here.

WT: I’m the person who asks the dumb American questions, and I have a couple.

WT: No, I have many, and we’ll get to all of them. You mentioned the war in Ukraine and the way it’s affecting food prices in Sri Lanka. But there’s been a lot of reporting in America that India obviously has been supportive of Russia in that war. And I just want to know where the Rajapaksas stand on that particular issue, if there are some similarities between what India is doing, or if they’re staying neutral, or if they’re on the Ukraine side. And then you also said earlier that it was very rare and strange for you to be in the streets protesting, because of the security apparatus there. Do you mean because you fear being arrested, or you fear for your physical safety doing something like that?

SG: I belong to the group of people in this country who are arguably the most powerful in that I am from the Sinhala majority; I’m affluent. So I’m not going to speak about myself in this context. But I think yes, there has been enormous repression of dissent across the board, and people have known for a long time that they risked their own safety if they came out against the government. So for them to be doing it, I think, is extremely significant.

But yes, even I find myself surprised by the things that I’m willing to say out loud in public; that we did censor in ourselves for many years. You know, we said them privately in trusted circles, but we would be careful what we said in a room or on a street full of people that we didn’t know. And I mean, that’s one of the nice things about the protests also, the degree to which you talk to people you’ve never met. We have a family joke that we have a number of protest friends now, people we’ve met since we started protesting in early March.

WT: Thank you. That’s super helpful. I just want to follow up on that one question just to orient our American listeners. Do the Rajapaksas have a position on the war in Ukraine? Are they leaning Russian like India?

SG: So I don’t know the ins and outs of the government’s response to the war in Ukraine. But I do know that, largely, I would characterize it as a cowardly response. I believe we abstained at the UN Security Council vote. And the Sri Lankan government rarely makes a principled showing at these things.

Transcribed by Otter.ai. Condensed and edited by Anne Kniggendorf. Photo of Sunila Galappatti by JA Byrde. 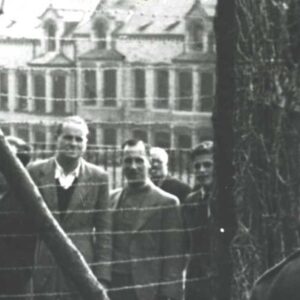