At the Intersection of Nationalism, Religion, and Social Media

Fiction/Non/Fiction #13: Majoritarianism and Minorities in Asia

Earlier this month, mob attacks on Sri Lanka’s minority Muslim community prompted a state of emergency in that country, and a temporary ban on Facebook and other social media platforms. In this episode of Fiction/Non/Fiction, V.V. Ganeshananthan and Whitney Terrell speak to Meera Srinivasan, The Hindu’s Sri Lanka correspondent, about her reporting on those incidents and the rise of Sinhala Buddhist hardliners in Sri Lanka, as well as the parallels she sees between that situation and the rise of populism in the US, Europe, India, and other parts of Asia. Writer Bill Lychack, a frequent visitor to Myanmar, joins the show to talk about what draws him to the country and how he views Aung San Suu Kyi in light of the nation’s treatment of its beleaguered Rohingya minority.

“Letter from Burma: Captives of the Junta” by Bill Lychack · Love Marriage, by V.V. Ganeshananthan · “It was not a Sinhala-Muslim clash, it was a mob attack on Muslims: Sri Lanka Minister Rauff Hakeem,” The Wednesday Interview by Meera Srinivasan, The Hindu · “Banning Social Media Won’t Stop Hate Speech” by Rohan Samarajiva

From the episode, part one
Meera Srinivasan on sectarian nationalism in Sri Lanka

Meera Srinivasan: The government has blamed Facebook for not responding enough to incidents of pages that spew hate, or [they] report it but still Facebook didn’t respond in time. But Facebook in turn said they didn’t have Sinhala speakers who could verify or check the content or the violence embedded in it. So there was a bit of a debate around that, and I think civil society’s a bit torn in terms of deciding whether they’d like the government to regulate this space more or get a private actor like Facebook to regulate it. Of course, officials from Facebook flew into Colombo, had discussions with the secretary to the president… before the ban was eventually lifted.

VVG: This is so interesting, because of course I saw Rohan Samarajiva’s op-ed in The New York Times where he was arguing—right, of course—that this isn’t purely a social media issue. And a lot of people were comparing these attacks on the Muslim community to the anti-Tamil riots that took place in 1983, that are commonly considered the beginning of the Sri Lankan civil war, and that of course was a pre-Facebook era when organized attacks on a particular ethnic group—you know, no one needed Viber to do that back then. So it was interesting to see his take on that, too. I wonder what you think about those comparisons.

MS: Yeah, Sugi, it’s interesting you raise that because as I was covering this violence in Akurana*, that was the day when a whole bazaar was set ablaze. All the shops were owned by Muslims, and I was at the spot covering this, and this gentleman—middle-aged gentleman—walked up to me and asked me who I am and I said in Tamil (I speak Tamil) and I told him, “I’m a reporter.” And he said, “Look, what happened to you in ’83 is happening to us right now.” So that was a very sharp, emphatic point that he made. I do think they see this as part of a pattern, because the incident in Kandy, or the preceding incident in Akurana, was really not isolated. There is a trend in Sri Lanka that has to be observed and reflected on, and the perception among Muslims is that they are being targeted actively, consistently, and perhaps with state patronage.

*[Ed. note: in the original audio version of this conversation Meera Srinivasan said “Ampara town” when she meant to say Akurana.]

WT: Could you try to describe for us what it was like to be there when that bazaar was burning?

MS: I was there the day after the government declared an emergency, so on the outside everything seemed calm, quiet. You did see a sparse police and army presence here and there. And of course, as I said, this part of Sri Lanka is particularly beautiful. Sri Lanka is a very beautiful country, and the central highlands really are amazing in that sense. And once you enter the towns, you see that the shops are closed, there are—you know you don’t see people on the road, so everybody is sort of acknowledging the curfew and the need to be indoors. And there is active fear because this is the day after the incident in a neighboring town.

So this particular day in Akurana, a small town, again with a sizable Muslim community, the shops were ablaze and you saw police and army personnel surrounding the area, and you could hear a voice over a loudspeaker, which perhaps belonged to a senior religious leader within the Muslim community, because he was appealing to fellow Muslims to be calm, to not resort to violence in response, and to say that we have to respond and act very responsibly because we do not want to escalate tensions further. So it was a very fervent plea to fellow Muslims. And you also saw some of the shop owners gathering around that area in utter shock. They just couldn’t believe that this happened. More so because it came at a time when police curfew was already in place in the district. So they asked things like: “Why weren’t the police responding? What were they thinking? Didn’t they anticipate this, that violence could possibly spread… and they were stationed here…” And then the army was there but not at the spot soon enough to respond.

VVG: And for listeners who might not be familiar with the 1983 anti-Tamil riots, to which I’m referring, those riots are well known in Sri Lankan history in part because they were so organized. And in the wake of the war, I would say, the common perception is that the Tamil insurgency has been defeated and that the government in expanding its reach and consolidating its power in the post-war era and in some ways looking for another scapegoat. And there have been various analyses published in that vein. And a lot of people point to a hardline Buddhist group called Bodu Bala Sena, or BBS. And I’m wondering if you could tell us a little about that.

MS: You’re right in that there is a context to these rising Muslim attacks. Sri Lanka’s civil war ended in May 2009, and since then there is an apparent triumphalism and euphoria among the most stridently nationalistic sections of Sinhalese society—the state, in particular. So the attacks in Kandy had precedents from 2012, when a very popular Muslim-owned apparel chain was attacked, around which time there was also a very shrill campaign by hardline groups against halal certification of exported meat. At the same time there was also a demand that the hijab be banned in Sri Lanka. So it’s very interesting. And now Muslims form about 10 percent of Sri Lanka’s population, which is, I think, nearly 21 million. And they’re essentially a trading community perceived to be somewhat affluent, siding with the government of the day—that’s the popular perception among many, many Sinhalese…

From the episode, part two
Bill Lychack on the complicated reverence of Aung San Suu Kyi

Bill Lychack: Trusting the reactions of most of the people I know, they are always siding with Aung San Suu Kyi—at least in terms of Facebook posts—claiming solidarity with her, trusting her. I think they’ve cast their lot with her for good or bad. And she’s an imperfect person and she’s awfully… I was within two feet of her, and she’s just so frail and so small. And yet the emotion—we were in a crowd when she just passed by—and the emotion of the crowd… You’re just in tears. Everyone is in love with her, and they’re all chanting Mae Suu! Jemma Bazé! Mae Suu! Jemma Bazé! It’s just incredible. And she’s being jostled, and people are trying to touch her. She’s just an incredible person. Again, all the hopes of the country have been put into her.

Whitney Terrell: But if you were to turn that around another way… and this is just a thought experiment, right? I mean obviously, we have this remarkable leader who led the country into a democracy, supposedly, and who is under house arrest for all these years, as you explained in the piece that you read. But if you were to remove that past, right, and you were to use the description you just gave: that all the people had put all their hopes in her. That’s the classic definition of a populist leader. When Trump says, “I am your voice,” right?

V.V. Ganeshananthan: So it sounds like she’s still a really important face of any sort of resistance, but I don’t think I quite realized the physical remoteness of the Rakhine state from the rest of the country, and the notion that there’s this huge leadership void after her. I mean, to take your Trump analogy, Whit… like what, Mike Pence? What would happen if she were not there? So, that’s hard to imagine.

It’s also interesting to hear you talk about what Buddhism means in this context. I mean, you could talk about Myanmar, you could talk about Sri Lanka, you could talk about Malaysia. There are places where that “Son of the Soil” rhetoric is mobilized against any smaller group. That is a convenient target. A convenient scapegoat for people in power to consolidate their gains, to strengthen a military, to talk about ways that anyone who perceives themselves as the native population, as having the most rights, which is not how rights work. All of those things… I don’t know. Malaysia’s an interesting counterexample because there you have a Muslim majority: I was there reporting over ten years ago, but I remember reading about Hindu religious sites at risk. So, there was actually a similar dynamic, but I think that especially as Americans, it’s easy for us to think about the ways that nationalism is centered around religion, but religion is just a vehicle it seems.

WT: …for identifying whoever’s out. I mean, Turkey’s the same way. They do the same thing with the Kurds. So, that’s just a different way of defining the other. Poland is doing the same thing. In a way, it’s related to the discussion we had last [time] with Jim Shepard and Danielle Evans about the school shootings, about groups. It’s a national version of [bullying], like a group of schoolchildren selecting who’s going to be the outsider, and then punishing and separating themselves from that person. 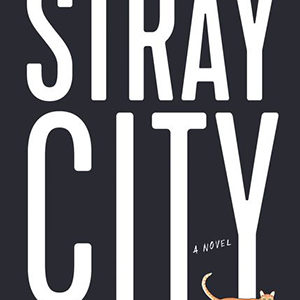 Born Family My mother loved limits. They were a ten-foot fence guarding her and her family. Nothing could get in, nothing...
© LitHub
Back to top