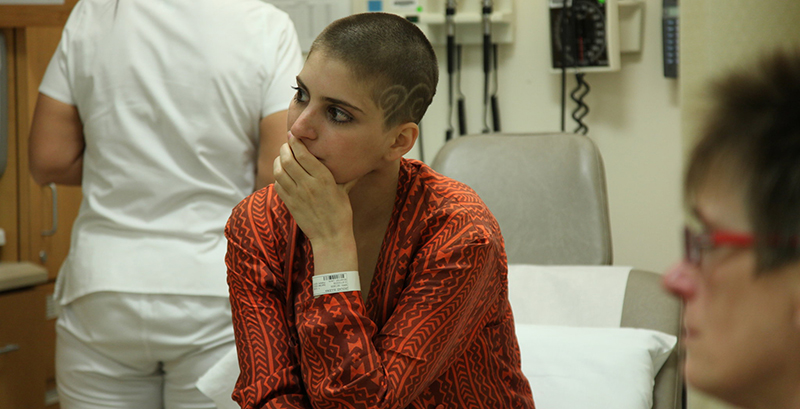 In our fifth episode, Suleika Jaouad, author of the upcoming memoir Between Two Kingdoms: A Memoir of a Life Interrupted, talks about life after her leukemia diagnosis.

Suleika Jaouad: I think the usual moment that people speak to or write to in an illness narrative is the moment of diagnosis and I feel like it’s often described as like a bifurcation. There’s a life before a diagnosis, whether it’s cancer or something else, and the life that comes after. That feels true for me, although the beginning of my illness felt less like a single moment of bifurcation than a series of small fractures as I started to kind of get sicker and sicker.

I think the bigger moment for me came after the medical part of that experience came to an end, and I got into these sort of survivorship recovery phase of my illness experience because I think partially I never expected to survive my leukemia. So when I did, I had this strange feeling of deja vu where I couldn’t obviously return to the the person I’d been pre-illness or the life I’d had done, nor did I necessarily want to. At the same time, I didn’t know who I was beyond just being a cancer patient, and so I had this feeling of not quite knowing where I fit and not quite knowing how to find my place among the living again.

I was diagnosed when I was 22 with leukemia after a couple of months of having different symptoms and receiving different diagnoses or mis-diagnoses. By the time I finished my last round of chemotherapy and declared officially cancer-free, it had been three and a half years. When you’ve recently graduated from college, for a lot of us were in thus between space where we were not necessarily fully-formed responsible adults, but we’re also not kids anymore. So even without the illness factor, when I graduated from college I was very much in the typical space of figuring out what it was I wanted to do and how I wanted to do that. I didn’t know. I didn’t have a family of my own yet. I was working an entry level job as a paralegal, which was not my dream job but felt like a good job for the time being.

That’s all to say that when I got my diagnosis and by the time I was done with treatment, I didn’t feel like I had a reference point for or a life I could return to necessarily. I didn’t have a career awaiting me or a person that I had been that felt well-established. In some ways, it felt like I was back in the in-between place I’d been in as a twenty-year-old who was trying to figure out the same questions, except that there was a lot more gravitas after this whole thing.

I’m probably being ungenerous and a little too harsh, but I felt like I was a typical, self-involved twenty-two-year-old shithead was probably not in my most anchored place and was self-destructive in ways that, especially after having been through years of grueling, life-threatening treatments, I felt wasteful and silly. Now when I look back on the person that I was, I can see these seeds that were planted then that I feel a greater sense of connection to that person now and see in some ways that maybe there was less of a before and after thing that happened with my diagnosis than maybe I realized then. At twenty-two, I very much wanted to be doing the same things I’m doing now, even if they took a slightly different trajectory. I was starting to do those things, even if I hadn’t quite figured out what they looked like.

Suleika Jaouad is an Emmy Award-winning writer, speaker, cancer survivor, and activist. She served on Barack Obama’s President’s Cancer Panel, and her advocacy work, reporting, and speaking has been featured at the United Nations, on Capitol Hill, and on the TED Talk main stage. When she’s not on the road with her 1972 Volkswagen camper van and her rescue dog Oscar, she lives in Brooklyn.

It's Time for Nerd Jeopardy!
(A Literary Trivia Game Show) 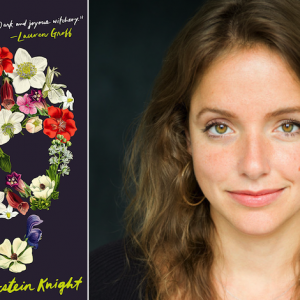 On this episode of Sheltering, Rebecca Dinerstein Knight speaks with Maris Kreizman about her new novel, Hex, the story...
© LitHub
Back to top