“Structure is Everything.” Keith O’Brien on Structuring a Nonfiction Narrative

In this episode, Mitzi talks to Keith O’Brien about his latest book, Paradise Falls: The True Story of an Environmental Catastrophe.

Mitzi Rapkin: You did extensive research for Paradise Falls, and there are a lot of characters and a lot of political forces at work. The book reads like a thriller. As a writer, when you get two huge boxes of research documents from the federal government, you can talk to some people but not all are still alive, you’re talking about the political situation in the US in the 1970s, including the involvement of the US president. How do you select what goes in the book?

Keith O’Brien: I want to say it was more than just two huge boxes of documents. Just from Freedom of Information requests alone, I received over 1,000 documents that had never been seen before. So, we’re talking about tens of thousands of pages of documents, and over 100 hours of interviews with people who lived it.

And yes, structure is everything. I often tell young writers or aspiring writers that your story is like a house and you’re the architect, you’re the builder. If you don’t have a foundation—i.e. you don’t have a structure—this thing is going to fall in the end. And so, I outlined something roughly. I had a general sense  of where I was going. More importantly, I knew where the story started and where the story ended, and I knew who my most important characters were. Knowing the start and the end, knowing your important characters, and knowing the arc is key.

At that point, it’s all about decision making. It’s all about choices. And also, it’s about being willing to ruthlessly cut the things you just wrote. I probably, by the end of this draft, had cut a good 40,000 words out of the book. And just to give listeners perspective, this book is about 115,000 words; that’s a little bit larger than the book average of about 100,000 words. So, cutting 40,000 words is essentially like cutting 40 percent of a book. But that’s what you need to do. In order to get to the heart of your narrative, you need to be willing to, to say, “Boy, I really love this passage here, I really want to include this little anecdote, because I found that one document and it was so fascinating”—but you have to be willing to just cut it right out. Because in the end, it’s taking readers away from the narrative that’s propelling them forward.

Mitzi Rapkin: How much of that process for you is instinct versus experience, versus an impartial person coming in and saying, “Get rid of it!”?

Keith O’Brien: It’s all of that. My process will be to write for my day, and the next day, I start by rereading what I wrote the day before. Even having that 24 hours or 12 hours of distance can help you see certain things that are not necessary. And then I do the same thing at the end of every chapter—when I finish, I’ll step back from it and reread the whole thing. I’ll often make my own cuts then, too.

But also key is having people, or a person or two, that you can share these chapters with when they’re still very rough. I don’t share them with folks just as a one-chapter standalone. When I do share things like that with some trusted readers of mine, I will often share like 12 chapters so they all stand together. It’s great to have someone who will read that for you and then just tell you things like, “I really love this chapter but it’s too long” or “Hey, actually, I think this could work without it completely.” Having people who are willing to tell you brutally honest comments is incredibly helpful.

Keith O’Brien is the author of three books: Outside Shot, Fly Girls, and Paradise Falls.  He has been a finalist for the PEN/ESPN Award for Literary Sportswriting, and contributed to National Public Radio.  O’Brien’s radio stories have appeared on NPR’s All Things Considered, Morning Edition, and Weekend Edition, as well as Marketplace, Here & Now, Only a Game, and This American Life. He has also written for The New York Times, The New York Times Magazine, The Washington Post, USA Today, Politico, Slate, Esquire.com, and the Oxford American, among others. 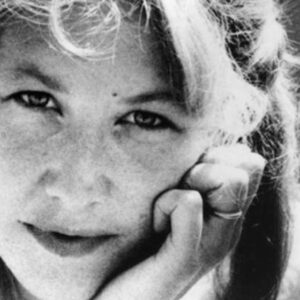 A.J. Jacobs traces the human affinity for wordplay, from anagrams as divine messages from the gods to the New York...
© LitHub
Back to top