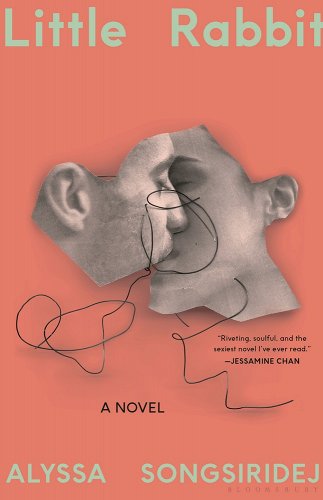 The following is excerpted from Alyssa Songsiridej's debut novel, Little Rabbit. ongsiridej is an editor at Electric Literature. Her fiction has appeared in StoryQuarterly, The Indiana Review, The Offing, and Columbia: A Journal of Literature and Art, and has been supported by Yaddo, the Ucross Foundation, the Ragdale Foundation, the Vermont Studio Center, the VCCA and the Massachusetts Cultural Council.

The Berkshires house dazzled so specifically it seemed built particularly for me. First, the approach, leaving the main highway for a two-lane road that hugged the edge of a foothill as the other side opened to views of the low valley. Here, in the mountains, the sunlight turned rarer, filtered and more golden.

Then the house itself, small and spare and seated back from the road near the rise of the ridge. The whole two-bedroom house centered around an old brick fireplace, the original hardwood floors buffed to a shine. Large, new windows opened everywhere to let in green and light, blurring the boundary between inside and out.

I looked through the books on his shelves. Art books, books on movement, and some of the more esoteric volumes that made up my own mother’s milieu. Small tokens sat before the neat rows of spines: feathers and stones, the stubs of beeswax candles.

He’d built what I thought of as an altar by the front door, covering a small table with dark cloth. A vase of dry flowers sat next to an earthenware bowl of wishing stones, their dark bellies ringed with white. Next to them, a framed picture of his parents leaned against the wall. Age had bleached the color, obscuring the young people’s expressions.

“Did your parents support your dancing?” I asked. He watched me move through his house from a careful distance, like I was a feral animal he’d just brought home.

Absurd, I thought. All that training had gifted him such a splendid male form.

“And yours?” he asked. “How do they feel about your writing?”

“They’re supportive,” I said. “I mean, sort of. They’re writers, too. But mostly they’re professors.” My father tended to focus on “the sociology” of my fiction, while my mother, who claimed to be the only Asian American—language poet of her generation, railed against the novel as “the artform of the bourgeoisie.” In these moments, she turned bug-eyed and wild, forgetting her academic appointment and house in Northwest Philly.

“Sometimes.” I stopped, touching the spine of a Hélène Cixous dream book. “They have a lot of opinions.”

On the wall in a dark, almost hidden corner hung a photograph of the choreographer caught in midleap. Even from the other side of the room, I could tell it was him from his form, his neck. His young skin radiated light, his body suspended with legs bent beneath him.

“You don’t perform anymore,” I said. A statement, knowledge I already had.

“Do you still . . .” I couldn’t finish. The thought felt too overwhelming.

“Yes,” he said. “I can still do a great deal. Just not that.” He pointed to the photograph.

I wanted to see him dance, then. His body doing what it was intended for. “Will I ever see?”

He came close, his hands returning to the same spots on my torso as if he’d marked them. Kissing him still didn’t feel like an entirely conscious act, just what happened given the right proximity. “Maybe,” he said, “if you stick around.”

He guided me to the back of the house and out the glass doors to the deck. A pond, which we could swim in, a wood-fired hot tub he’d built from a kit. The foothill rose above us, fenced off from the yard by the remains of an old stone wall. He described the different trails fanning out into the mountains. “We could take that one today,” he said, pointing. “It’s short. Leads to an old Shaker mill.”

“They freak me out.”

“Because they didn’t have sex,” I said. “So they could depopulate the planet.” Mostly, though, I associated Shakers with childhood visits to the Philadelphia Museum of Art where the rooms of stark chairs preceded the horrifying Thomas Eakins medical paintings. My mother would hold me up to the canvas, forcing my gaze to the photo-real wound. “You have to look,” she’d say. “He’s a great Philadelphia artist.”

“Maybe it wasn’t the worst idea,” the choreographer said, returning us to the Shakers. “And they channeled their eroticism in other ways.”

“That, and they made wonderful dances.”

He had his arm around me, my body sealed into his side. My skin began to wake up with the purpose of my visit.

I turned to hug him with both arms, standing front to front. “It’s wonderful,” I said. “Too much.”

“I’m here most of the summer, so come whenever you like.”

Our breathing didn’t line up, pressed against each other. He looked crowned by the sun, haloed and golden. “Careful,” I said, “or I’ll be here every weekend.”

“Rabbit,” he said, his mouth tipping down to mine, “I believe that’s the idea.”

"Structure is Everything." Keith O'Brien on Structuring a Nonfiction Narrative 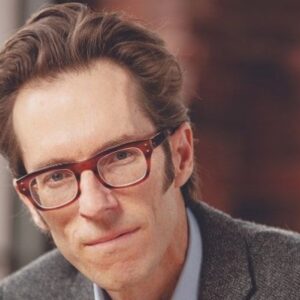 "Structure is Everything." Keith O'Brien on Structuring a Nonfiction Narrative First Draft: A Dialogue of Writing is a weekly show featuring in-depth interviews with fiction, nonfiction, essay writers,...
© LitHub
Back to top