On the work of Rachel Cusk, Claire-Louise Bennett, and Eimear McBride

Online these days, the more “shares,” the better. Oversharing is no longer a liability. It’s the whole point. Social media platforms want us to believe that such constant disclosure is a way not only to air our thoughts (Facebook is forever asking “What’s on your mind?”), but also to craft a narrative: both Snapchat and Instagram invite us to tell our “stories.” If this obsessively curated self-mythologizing turns everybody into an author of a sort, a creator of first-person avatars, what are the stakes for the literary world? What does all this authorship mean for those creating confessional characters in the old-fashioned form of the novel? Or at any rate, how might it shape the way we read them?

Surveying the recent spate of auto-fiction, some might argue that the novel has merely adopted the storytelling and self-presenting conventions of social media: spare us no detail, don’t bother changing your name. It’s no longer even that exciting to quibble about which parts of these books are or aren’t true. After all, each of us has first-hand, online experience of applying a faintly fictional veneer to our daily lives. But if Knausgaard captured our imaginations in 2009, and, a year later, Sheila Heti’s How Should A Person Be? seemed to pioneer a new definition of the authorial “I,” their brand of “relentlessly self-conscious self-exposure” now strikes some as a narrow field of vision—at its worst, the myopia of navel-gazers.

Rachel Cusk’s latest novel, Outline, suggests one possible method for reinvigorating the autobiographical novel. In it, Cusk conjures up an “I” who proceeds to not write about herself. The narrator she creates is more or less the protagonist of the novel, but the entire narrative is structured around the stories she elicits from other people. The way the narrator comes to see herself as she records these tales is an apt description of the book itself:

This anti-description, for want of a better way of putting it, had made something clear to her by a reverse kind of exposition: while he talked she began to see herself as a shape, an outline, with all the details filled in around it while the shape itself remained blank.

Cusk’s self-omission is purposeful and pointed. After her previous book Aftermath, a detailed account of her marriage’s dissolution, was excoriated by critics, she found herself “heading into total silence.” “My mode of autobiography,” she told The Guardian, “had come to an end.” One of her characters in Outline is equally unequivocal in renouncing “her own lifelong habit of explaining herself.”

But what about authors who still want to explore the “shape” Cusk leaves blank—that is, the unmediated space of interiority—without retracing the territory of over-sharers?

English author Claire-Louise Bennett writes intrepidly into this terrain in her new book Pond, published by a small Irish press in 2015 and by Riverhead this summer. Pond is a series of 20 interconnected stories that appear to be told by the same first-person voice: some are mere vignettes, others almost novelistic, but all are quite meditative and mundane. Their voluble, often reclusive narrator has recently moved to the countryside, and the story of her newfound and uneventful existence is in many ways the total opposite of Cusk’s “anti-description.” She inventories the full contents of her fruit bowl, provides a lengthy synopsis of the book she’s reading, and follows her uninterrupted train of thought all the way from the malfunctioning knobs on her oven to ruminations about mortality.

Bennett plunges into the interiority Cusk eschews, but she hardly claims to have fully captured it. In fact, her narrator is unnerved by any pretense of self-mastery: “how anyone could sally forth thoughts that were unfailingly well-formed and de rigueur, so soon and in any situation, was quite beyond me.” She is not, in short, someone at home on Twitter.

Bennett wants to liberate her narrative from the continuity that any profile—whether in Facebook’s sense or in a more literary one—imposes. Her protagonist delights in the feeling of being in an unfamiliar landscape precisely because “you have no stories to relate and compare, you have no narrative to inherit and run with, and all the names are strange ones that mean nothing to you at all.” This is the opposite of an Instagram feed, where we need merely scroll to inherit others’ narratives. It is also the opposite of a book that takes place among Brooklyn’s familiar landmarks, told by someone who doesn’t mind if the reader transplants the book jacket photo onto the narrator’s face.

Bennett’s narrator is a self-professed over-sharer. She admits that “from time to time, it has been pointed out to me, with varying degrees of justification and tact that I’d do well to cultivate a little more social reticence.” We tend to think of tell-alls as trafficking in salacious material, but Pond is decidedly boring in its particulars. Part of what animates the story is that for all its exhaustive detail of both its exterior and interior landscapes, and the narrator warily stops short of divulging too much. There are hints of professional failure, lost love, and a “monster” that unsettles her brain. She repeatedly but obliquely describes a desire “to be undone.” But she excuses herself from telling these stories by arguing that “enforced remembrance is… a most stultifying thing.” This sounds a little like the Luddite friend we all know (or may be), bemoaning our era’s compulsive photo-documentation, exhorting us to “unplug,” to live in the moment. As a novelistic principle, this makes for a kind of literary restraint. The gratification of reading Pond is not discovering the details of the narrator’s history, but of learning the idiosyncrasies of her mind.

Eimear McBride’s second novel The Lesser Bohemians, on the other hand, wants to do both. She aspires to grant ultimate access to her narrator’s thoughts and life. In its broad contours, The Lesser Bohemians could be mistaken for familiar confessional fare. It presents the unsparing inner monologue of an 18-year-old Irish acting student who has come to London and become involved in a tumultuous love affair with a much older man. The narrator has a typically adolescent penchant for personal drama and a compulsive need to broadcast a veritable glut of it. The book contains addiction, abuse, incest, and lots of sex—sex for the first time, sex for a fun time, sex that degrades, sex that heals, and always, sex that is complicated.

Yet McBride innovates this mode of unfettered revelation with her distinctive and often erratic style, expanding confessional boundaries in the process. In her hands, the first-person is the opposite of a vehicle for navel-gazing or self-promotion, the indulgent authorial registers that social media platforms invite. McBride wants to access interiority in its pre-crafted, pre-curated state. The thought you have before you hit send—before you’ve even typed, and backspaced, and started over.

This doesn’t always make for easy reading—or easy interpreting. Since the publication of her debut novel A Girl is a Half-formed Thing, McBride’s writing has frequently been described as Joycean, a tidy way to describe prose that makes a mess of conventional description. She scrambles syntax, invents words, and plays around with formatting. McBride, like the narrator of her new novel, was trained as an actress in the Stanislavski method, which privileges “the art of experience” over “the art of representation,” a distinction that begins to get at what motivates her jumbled style. Her prose sounds more like the careening, often derailing way we think than the self-conscious and self-controlled way we tend to write. Bennett, who also has a theater background, has described a similar allegiance to immediacy. “I can’t stand the notion that my business is to convince or prescribe,” she said in an interview. “[F]or one thing I don’t like to get too attached to my thoughts. I don’t want to over-identify with my mental activity, it just seems silly to do that.”

McBride’s approach to style mirrors this understanding of psychology. But to merely remark upon her writing’s rawness, or realness, or to point how nicely it aligns with a modern notion of a fragmented self, is to miss the true strangeness of her enterprise. What should we make of the fact that almost no one in this book gets a name until the novel is about to end, including the narrator herself? (She is Eily, we learn at last on page 257.) How can we reconcile the precise detail with which noodles and tweed jackets and kisses are described with the glaring absence of any physical description of the protagonist herself?

McBride herself has offered an explanation. “Who walks around describing themselves to themselves?” she asked in an interview. This seems like an odd, and possibly ironic, question: describing ourselves to ourselves is, of course, exactly what our phones let us do all day long. But McBride wants to look at the self stripped of the particulars people apply in order to situate themselves in—and present themselves to—the world.

As an actress, Eily has a keener sense than most of the transformative power of playing a part. In her first months of school, she must perform a “Private Moment exercise” in front of her entire class, a staple of the Stanislavski technique. The gist of the assignment is to approximate what actors call “public solitude.” Essentially: how to appear alone when one is in fact surrounded and scrutinized. When Eily’s turn comes, she reads aloud a letter sent from her father’s deathbed. She is overcome by feeling, and her voice catches before she can even finish a sentence. Her acting coach interjects, offering what is ostensibly just technical advice: “We can see you’re having an emotional reaction to it,” he says coolly, “and, when that happens on stage, your speech needs to be clear for the audience’s sake, do you understand?”

It’s hard not to read this as a more profound kind of life-coaching. His instructions combine the task of self-discovery with the act of self-mastery: the less intelligible our inner states are, the more coherent our external presentation must be. McBride understands what a tempting reprieve this is from existential angst. But her narrator refuses to unmuddle her thoughts or polish her grammar or clean up her feelings. Legibility may be the goal of acting but it is not, McBride suggests, the purpose of living.

In one of the final stories in Pond, Bennett’s narrator watches while a friend parks his bike outside of her house. It is one of the occasional moments when her solitude is intruded upon. She relishes the liminal moment before her friend arrives, hoping he won’t instantly spot her surveying the scene. “Seeing oneself being looked for wrenches the heart oh ever so gently,” she thinks, “and must be one of my favorite occurrences.” Both Bennett and McBride probe these moments in which the self hovers between unknowability and intimacy.  Right before you go on stage, right before you post a status, right before you are looked at. These moments are not the ones when the self is most visible or understandable, but, these authors suggest, they may be the moments when the self is most alive.

Clare Sestanovich is a writer living in New York. 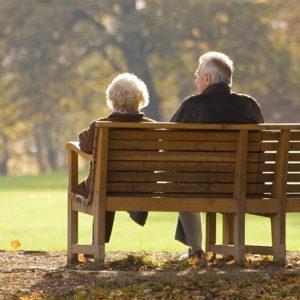 This Friday morning started out like many in the bookstore: customers in and out, requesting titles, asking what to read...
© LitHub
Back to top