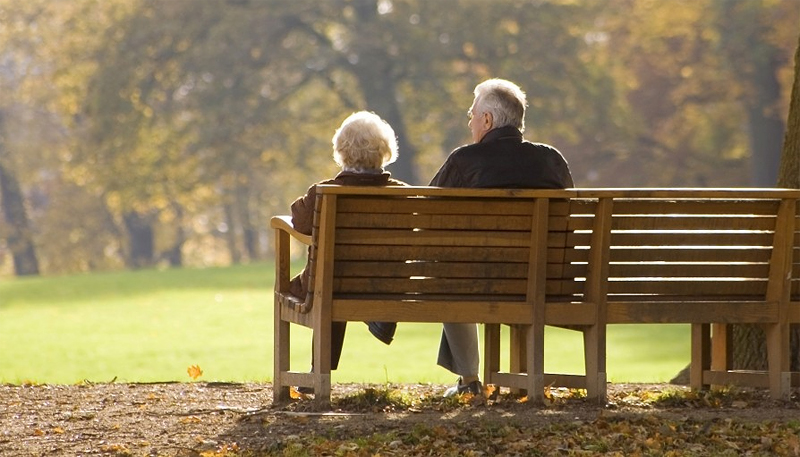 This Friday morning started out like many in the bookstore: customers in and out, requesting titles, asking what to read next; teachers ordering books for their classrooms; publicists calling to schedule readings; special orders being delivered from the distributor; regular shipments arriving from publishers. A writer friend wheeled in his nine-day-old baby to meet us, and we gave him Good Night, Gorilla to get his library started.

Among our most frequent customers, for the years we’ve been in business, was a couple in their nineties who lived a few blocks away. Their routine involved lunch at a café on the avenue, then a stop at Mrs. Dalloway’s to browse, often wielding a tattered clipping citing a book of interest. A former foreign service officer, Bill read biographies, history and politics. Mary Jo largely shared his taste, with the occasional espionage novel catching her eye. She tended to go on jags: all of Hemingway, Graham Greene, Alan Furst, Philip Kerr, Stella Rimington. They’d lived all over the world, from Cairo to Paris, in their six-plus decades of marriage, but postwar Europe held a particular fond spot in their collective memory.

We hadn’t seen the Lakelands in a while. Bill had been looking especially frail lately. Normally quite fair, he now bore the telltale gray pallor of underlying heart trouble. Stooped from osteoporosis and sciatica, Mary Jo leaned on him for more than just physical support. Her dog phobia persisted despite exposure to my lazy German shepherd, possibly the gentlest creature on earth. They’d recently had to give up their vintage Volvo (just in time, judging by the multiple dents and haphazard parking jobs we’d observed), but this did not deter them, and soon they could be seen pulling up in a taxi.

They had outlived both their sons. We often wondered how they managed, all alone, together, in their apartment. They couldn’t be cooking for themselves. They didn’t have an answering machine. If no one picked up when we called to tell them a book had come in, we knew they would stop by soon enough.

Late that morning a grandson phoned from southern California. “I have an unusual request,” he began, explaining that Bill had been admitted to the retirement home in the next town. “He doesn’t have long to live, and we need someone to verify Mary Jo’s identity.” There were complications with the will. Mary Jo was named executor, but the family thought it was time she transfer power of attorney. The immediate problem was that she had no photo identification. Beneficiaries from the will could not serve as witnesses, ruling out family. Apparently, they had outlived their friends, too. “So we thought of you,” he continued. Could two of us meet the mobile notary that afternoon at the retirement home?

As independent booksellers, we pride ourselves on customer service and home delivery in the neighborhood, but this mission would set a new standard. I quickly calculated the staffing shift change, conferred with a colleague who was also fond of them, and agreed to the appointed time, all the while wondering how it was possible to exist in this post-9/11 world without official documentation. When had they last traveled? She had no passport? No driver’s license? How did she do her banking?

My colleague and I drove the 15 minutes to Piedmont Gardens. We’d been warned that parking would be difficult, and circled several blocks before finding a spot. At the front desk, we asked for Bill’s room. The indifferent receptionist gestured toward an elevator and we went up, only to discover we were in the wrong wing. Back down to the desk, re-directed to the right elevator, we were both now anxious about running late, not wanting to add further burden to an already loaded situation.

Finding the door to Bill’s room open, we approached tentatively, introducing ourselves and our purpose to a woman who introduced herself as a daughter-in-law. “Bill just died,” she announced, ushering us back into the hall, understandably flustered. “Let me ask if Mary Jo can see you.” Not even Miss Manners’ Guide to Excruciatingly Correct Behavior could help us here. We looked at each other and awaited instructions.

In her characteristic black pantsuit, Mary Jo sat calmly in a corner chair, her hands folded in her lap. Bill’s body lay in the bed, a white strap around his chin, the life gone from him. “I went over to hold his hand,” she told us. “And he was gone. I don’t know how I am going to live without him.”

We offered our awkward condolences and scurried out to the patio to wait for the notary. During the half-hour we sat overlooking the early plum blossoms in the garden, we recalled what a remarkable life they’d led together. They knew Nasser, had met Churchill.

Armed with a thick sheaf of papers and an official stamp, the notary finally arrived. We pulled out our own proof of identity and signed in triplicate to attest to Mary Jo’s. What would happen now? That was for the lawyers and family to sort out. Our work was done. We returned to Bill’s room to say goodbye to Mary Jo, and to give her the book I’d grabbed from the mystery shelf before leaving the store. I’d thought a Georges Simenon Inspector Maigret novel might be a good distraction. She accepted the bag but did not look inside just then. Lost in reverie, she said, “I was just a military wife. His ID was my ID.” Thanking us, she added, “I’ll see you soon at the place I love so much.”

“We’ll be waiting for you,” I said, letting go of her hands.

Some days later Mary Jo entered the bookstore on the arm of a handsome, bearded young man, a different grandson than the one I’d spoken to. She took her familiar seat in the red wicker chair in the fiction section. I went over to ask how she was getting along. “Do you know,” she smiled. “Hotel Majestic was the very same Maigret I had in my purse when Bill and I took the train from Paris to Belgium in 1945. What others have you got?” 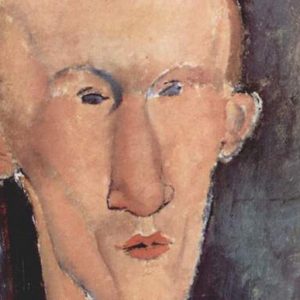 I first ran across Philippe Soupault’s Lost Profiles as the result of an anecdote related by Roger Shattuck in his marvelous...
© LitHub
Back to top