Steve Anwyll is the guest on this week’s Otherppl. His debut novel, Welfare, a coming-of-age novel about a high school student leaving the comfort of his unloving father’s home, is available from Tyrant Books.

Anwyll’s work has appeared in Hobart and Tyrant Magazine, among other places. He lives in Montreal.

“Switch it to an autobiographical novel, because people like it better that way.“

Brad Listi: Where did you grow up?

Steve Awyll: In a small town in southern Ontario.

BL: So similar to Stan?

SA: Welfare is where I grew up. It’s very similar to my life.

BL: Is the story very similar? Does it hue to life or do you deviate?

SA: You have to deviate. It’s a book, but it’s pretty close. To create the full story, things don’t happen when they necessarily happened, or something happens because it’s more climatic. Life isn’t always climatic. I had to change some things. It’s a novel at the end of the day. I didn’t write a memoir.

BL: I don’t know if I’m writing a memoir now or an autobiographical novel—

SA: Switch it to an autobiographical novel, because people like it better that way . . . What do you remember?

SA: Right, especially if you’re going back twenty years. A lot happens to you. You remember things a certain way, and I don’t know if it’s right. It’s how I remember it. It’s funny because I had someone write me from the book and say, you did a good job on capturing me because I was a piece of shit at the time. [laughs] I was like, that’s nice of him to write.

“I submitted enough, and nobody was like ‘You stink, please stop.’ So I kept doing it.“

BL: When did you start believing that you could [write]?

SA: Probably when I was thirty. When I got fired in Toronto, I was collecting unemployment and I always toyed around with writing. I had written for a couple websites by that point. So I decided, I’m going to write because I have all this time and collect unemployment checks. CBC, the Canadian Broadcasting Company, will put on a writing contest, so I decided I would write this short story . . . and I’m going to win this. And then, clearly, you don’t, but I found it enjoyable enough to keep doing it. I submitted enough, and nobody was like “You stink, please stop.” So I kept doing it.

BL: Were you getting any yeses?

SA: It took a minute. More nonfiction stuff was easier for me to get, like if it was an essay. Literature can turn its nose at you a bit. I did get some yeses, but nothing that I was particular proud of. I won’t be showing them to anybody.

BL: But you got started.

SA: Everybody has to start somewhere, and I didn’t go to university so that was my training.

BL: That’s all you need. You don’t need university. You need to read and write.

SA: You need university if you want to be an engineer or a doctor or a lawyer, but an art career . . . No. You can always find stuff you like and make art. You don’t need some stuffy old guy with tenure telling you that this is art.

BL: I’ve talked to many fine writers that went the academic route and I think you can do it that way, but I feel like you have a better chance at making interesting art if you forge your own path. 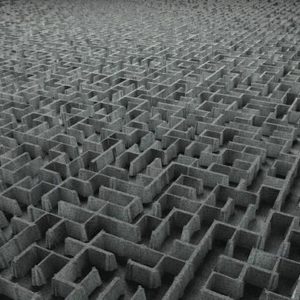 The Alpha and Omega Our lives begin and end with walls. From the uterine walls we enter this world through, to our final...
© LitHub
Back to top