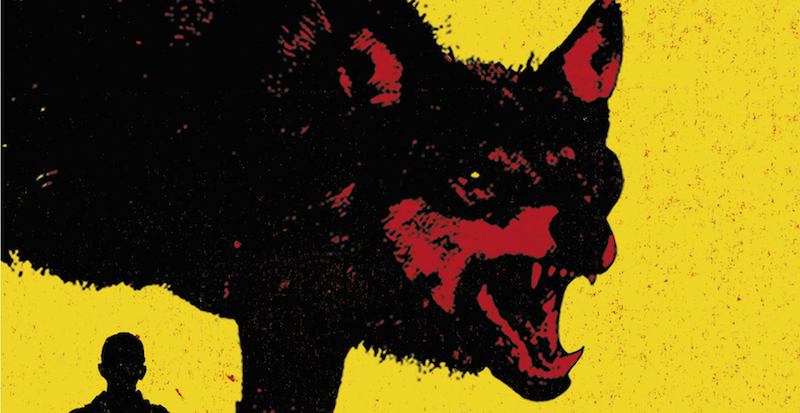 The Author of Mongrels Will Read Anything With Werewolves

Stephen Graham Jones’ latest novel, Mongrels, is a coming-of-age tale with a twist (werewolves, the twist is werewolves). Available now from William Morrow.

What was the first book you fell in love with?
Where the Red Fern Grows, by Wilson Rawls. This was long before cosplay or LARPing, but I already had the instinct. I wanted to dress up inside this novel, and run through its pages behind a lantern. Took me four checkout periods to read through it all, too: in fourth grade, I didn’t exactly blaze through a novel. On that last page, though—hope I’m not spoiling it for anyone—there’s that axe head stuck in the tree, and a rusted lantern hanging from it. I distinctly remember closing the back cover of that mass market paperback, and just holding it there, looking up into the world with the realization that I could do that, couldn’t I? I could stick an axe head into a tree, hang a lantern on it, and walk away.

Name a classic you feel guilty about never having read?
Proust. I can fake like I know his stuff pretty well—even if you’ve never seen the Grand Canyon, you can still go all breathless with the memory of it, yeah?—but I lose traction in those conversations pretty quick, and always try to quick-shuffle us over to Flaubert, whom I can fake knowledge of a bit better, even though it’s been better than half a lifetime since Madame Bovary. Don Quixote, though. I can talk some La Mancha. All night long. Those of us who tilt at windmills, we keep certain texts close to the heart at all times.

What’s the book you reread the most?
Years gone by, it was always The Crying of Lot 49 and VALIS. They both . . . it’s like they inflate my heart. Not the best description, I know, but that’s exactly what it feels like. They’re both just kind of accidentally true, it feels like, even though neither even approaches anything like certainty. However, once I stopped reading those two, I got into a Love Medicine loop, both versions, and had all these arguments and interpretations, each of which always came down to “I love this book, will you please love it too?” Last three or four years, though, I’ve read Jack Ketchum’s The Girl Next Door some eleven times, if I’m counting right. Could be twelve. I’m trying to figure out how exactly it’s doing what it does. I circle a little closer to that bloody center every read, but each time, I flinch, each time, I look away. Maybe soon, though. Maybe next read.

Is there a book you wish you had written?
How much room do I get here? I think I can bring it down to… three, though. It was two, a moment ago. But, let’s say Orson Scott Card’s Speaker for the Dead, for one. The imagination on display there, it’s flat-out amazing. The piggies, they’re realer than real. They live in my head, and I’ll fight you for them. So, let’s say that’s my one. But I’ll cheat a couple more in. Larry McMurtry’s The Streets of Laredo. Which I don’t actually like more than Lonesome Dove, just, I like it the same. But that’s what makes it so, so amazing. How is it even possible to do something that great again? Blows my mind. Third… so many vying, here. Ok: CJ Box’s Open Season. That novel is so refreshing—it’s the world I know, just, on the page. I don’t see that very often at all. And Box didn’t just wikipedia this up, either. The nuances, the little details, they’re all achingly true, and all wrapped in a story with excellent velocity. I’ve been seriously thinking about getting a tattoo of the Miller’s Weasel.

What’s the new book you’re most looking forward to?
I’m going to try to stick to one I haven’t read. And I’ve already read Paul Tremblay’s Disappearance at Devil’s Rock, Joe Hill’s The Fireman, John Langan’s The Fisherman, Richard Kadrey’s The Everything Box—that one may be just out, not sure—Karen Runge’s Seven Sins, so, let me see where that leaves me. I mean, my summer reading list is already stacked: The Ballad of Black Tom, The History of Great Things, The Man with No Name, Hex, A Collapse of Horses, Experimental Film, Slade House, The Pleasure Merchant, Paradise Sky, The Sympathizer—late on that last one, I know. I could just say whatever the next werewolf novel is? But that’s not playing right, and who knows if McCammon’s whipping up more Michael Galatin for us. Maybe just whatever’s the next Brownsville or Knockemstiff?Definintely whatever Jesse Bullington/Alex Marshall does next. Ok, I know. Christopher Buehlman’s Suicide Motor Club. I’ve read a bit of it already, and it’s so cool. It’s Buehlman, I mean. Oh, but also, and please bring it to me fast: My Best Friend’s Exorcism, by Grady Hendrix. Know that one? Superexcited for it. I mean, I dug Horrorstör, but I’ve never been in an IKEA. I’ve been in high school, though. There’s demons to spare, there. I’m ready to see them again now, I think.

Stephen Graham Jones is the author of experimental fiction, horror fiction, crime fiction, and science fiction, most notably Demon Theory, and hist latest, Mongrels. He is a professor at the University of Colorado. 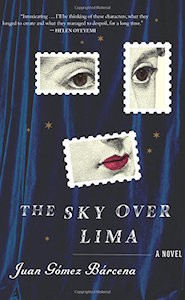 At first it’s just a letter drafted many times: Dearest friend, respected poet, most esteemed sir, a different opening...
© LitHub
Back to top