My maternal grandmother, Concetta, was one of the funniest and most generous people I’ve ever met. She was also an extraordinary cook. Her parents emigrated from Calabria when she was three years of age to Verplanck, New York, a small town about forty miles north of Manhattan. She was taught to cook by her mother and, as far as I am concerned, perfected every recipe. Like my mother, she was someone who could well have been a very successful professional chef had she so chosen or had she been given the choice. It was very rare not to see her in the kitchen preparing some dish or another. If she was not in her kitchen, she was in the basement, which was home to an auxiliary kitchen where she often did “prep work.”

It was down there, on an old yellow and green enamel-topped table, that she would make her light-as-a-feather, soft-as-a-baby’s-bottom pizza dough. On the gas stove (perilously unventilated), she would prepare sauce or boil pasta for large gatherings that were held there if the main kitchen was unable to accommodate the ever-growing extended family.

That basement to me was a wonderful kind of time capsule and sanctuary. Divided by a staircase that led to an upstairs hallway, it boasted the makeshift auxiliary kitchen on one side (complete with an old washing machine with hand-cranked rollers that was still very much in use) as well as my grandfather Vincenzo’s workshop on the opposite side. Along one wall sat a long workbench with aging hand tools and dozens of glass jars filled with screws, nails, washers, nuts, and bolts hanging from their lids, which were nailed to the underside of a wooden shelf. A most sculptural presentation of a handyman’s bric-a-brac if ever there was one. In the far-left corner of this space was a door to the room that I loved most: the wine cellar.

This was a low-ceilinged, cavelike room, approximately eight feet by ten feet, that one entered through a roughly made whitewashed door that was rotting from the bottom up due to the excessive dampness to which the floor and walls clung so dearly. Inside to the right were rough-hewn shelves on which rested the countless long-necked soda bottles that held the precious homemade tomato sauce of the last season. I will digress here to explain of what this vital red liquor was composed and how it was made.

Ingredients
Bushels of tomatoes (you decide how many)
Salt
Fresh basil

Equipment
One outdoor open fireplace or fire pit, with heavy metal grates
Fire
Two large galvanized aluminum tubs
One white pillowcase
Lots of old long-necked glass soda bottles
One ladle
One funnel
Lots of new soda bottle caps
One bottle-capping device
One thick piece of oilcloth big enough to cover one of the tubs
Enough water to fill one of the tubs

1. Make the fire.
2. Fill one tub with water and place it on the grate over the fire.
3. Take a lot of the tomatoes, shove them into the pillowcase, and squeeze the s#*! out of them over the other tub so that the juice of the tomatoes oozes through the weave of the pillowcase, making it look like a relic of the Saint Valentine’s Day Massacre. Continue until all the tomatoes are gone or until you feel like Macbeth at the end of his play.
4. One by one, fill the bottles (with a ladle, via funnel) with the tomato juice and add a pinch of salt and a basil leaf to each.
5. Cap the bottles.
6. Put the bottles in the water that’s in the other tub.
7. Cover them with the oilcloth.
8. Boil them for a while. (I can’t remember what the health ruling is on this so/and/but I take no responsibility for any foodborne illnesses).
9. Take out the bottles.
10. Let them cool.
11. Put them in my grandfather’s wine cellar, or store in a cool, dry place more convenient for you.

This sauce was used throughout the year. It was light and sweet and could be cooked with olive oil, sautéed garlic, and onions or doctored up any which way one chose. One or two long days of work for months of red gold. The bottles would be stored in the wine cellar on wooden shelves alongside mason jars containing pickled green tomatoes, or roasted peppers suspended in olive oil, flavored with salt and a single clove of garlic. From the wooden beams, over these vacuum-sealed treasures, hung small homemade salami and waxy, pear-shaped bulbs of provolone cheese.

And so now we must return to the wine cellar. Yes, we must return to the must. For the must was all-consuming when one entered the wine cellar. Must and mildew, dank and deep, coated everything, including the aged wine press that stood so proudly in the corner. One was sure that new life forms were breeding from the spores that danced on every surface and consequently one’s nostrils and lungs after the first inhale. But the pride that my grandfather took in drawing out his vinified love from the fetid oak barrel into the abraded decanter and presenting it to my father or my uncles (and in later years me and my cousins) made up for any respiratory diseases we were sure to contract.

It was an honor to be asked to participate in, or even bear witness to, the ritual in the wine cellar. In fact, I remember being furious when my sisters wanted to tag along, as I saw this as a distinctly male rite of passage. At any rate, those of us lucky enough to be present swelled with pride as the cloudy purple liquor was carried upstairs to the table in its decanter, poured into juice glasses, toasted with, and drunk heartily.

Was it the best wine in the world?

Was it the worst?

It was part of my grandfather, whom we adored, and that made it the sweetest liquid ever to pass our lips. The house that holds that cellar, that kitchen, and those memories was sold long ago, but the flavors and aromas, both tart and sweet, musty and fresh, inhabit my nose, my mouth, and my heart to this day. 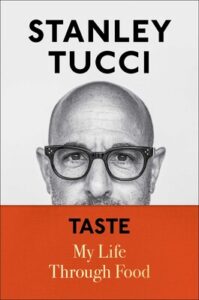 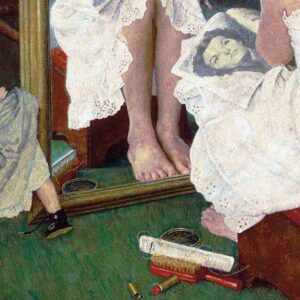 Women are heiresses, inheritors of a thousand demented and limiting ideas of what a woman can or should be. Most women know...
© LitHub
Back to top
Loading Comments...