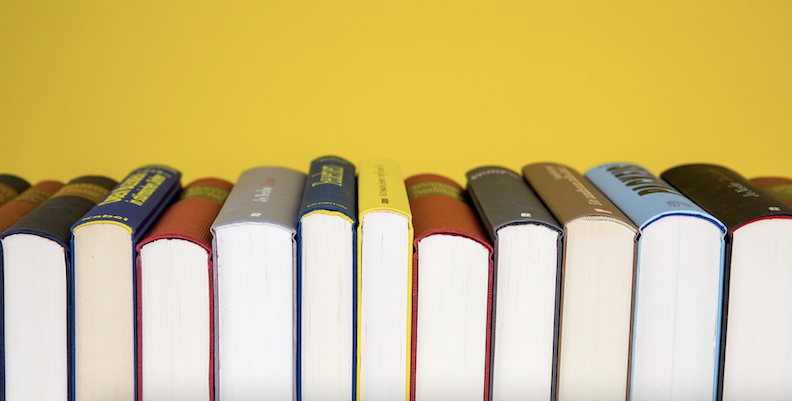 The Life and Times of a Retail Foot Soldier

For a time in my life, I worked in a chain bookstore. The chain no longer exists, but at the time it was the primary competition for the other really big chain bookstore that does still exist. One had to be swallowed for the other to survive, as is the way of things. I took the job because I was in my early twenties, and my mid-twenties were rapidly approaching, and I had nothing figured out. I’d quit my job working for the state of Ohio—a job I’d gotten only because my brother put in a good word for me—and had been spending my days in my apartment. An apartment that came with rent, which needed paying. An apartment that also was conveniently located directly next to a large chain bookstore.

I define most of my twenties by how little I was willing to move my body in order to obtain my needs and desires. This explains most of my friendships, relationships, and, of course, my employment. There was nothing I loved more than waking up at 8:45 for a shift beginning at nine, or having a resting place mere steps away after a day of standing. Some of my pals, then and now, still imagine that there are such things as “cool jobs,” and I would like to say right here and now that this was not a cool job. I am too cynical, but there is no such thing as a cool job. Even as I write this, as a person in my thirties who lives my life as a writer, my e-mail inbox is an overgrown garden of anxieties and my calendar is flooding with red. I’m less interested in a cool job and more interested in a job that does not kill me, silently, from within.

At this chain bookstore, I was often relegated to the music section. This was during the last, loudly rattling moments of the CD era, and this bookstore had a robust CD section, peppered with a few records. It was a slightly adjusted version of a life- long dream I had of working in a record store. I had dreams of leaning over a counter while watching some suburban parents sift through the racks of music, asking me what I thought about the new Coldplay or the new Killers album, and I’d wave a dismissive hand and say, Yeah, yeah, not bad, but it ain’t like the old stuff, you know?, and then I’d drop the needle on some Gladys or Otis or Aretha or some other shit like that. I wasn’t (and am not) particularly a music snob in the strictest sense of the word, but I could play a convincing one, if the times demanded.

The problem was, most of the suburban shoppers at this bookstore didn’t care much about opinions on music. They knew what they liked. They were there for books, and if they remembered or if the mood struck them, they’d come and snag a Norah Jones or Michael Bublé CD, and then keep it moving, oblivious to whatever musical vintage gold I’d strung along the music section’s interior.

I remember the day I got the first phone call from someone who I’m going to call Steve, not because I’m changing his name, but because I genuinely never found out his name. He called to ask about some old Dream Theater CD—if I could order it and have it shipped directly to him. I could, so I did. During the filling out of the order sheet, we got to talking about Dream Theater. Steve was impressed to find out that I knew the band well, and wasn’t just some kid, scraping some part-time coins together, pushing a few computer keys. After I got the order sent out, we talked for a few more minutes. About Rush, Yes, Gentle Giant, Opeth.

Eventually, everything gets swallowed in the name of something else surviving.

Steve would call every week or two and order a different CD. If I wasn’t there, he’d leave a message for me, and I’d call him back when I got in. He’d ask for pressings of old Marvin Gaye albums or Emmylou Harris albums or Kinks albums, and we’d always stay on the phone, talking about the music he coveted, sometimes spiraling into a gentle debate about our favorite soul songs or whether or not rap music was a vital part of America’s musical fabric. The place where I had his CDs shipped was close to the store, only a few blocks away. But he never came in, and I never asked why.

Steve’s calls increased in frequency during the holiday season. He’d sometimes call twice a week. Our talks became longer, particularly if he called on a weeknight evening, when everything in the already-slow music section slowed even more. He seemed to understand that I was unfulfilled by the basic responsibilities of the job, and I seemed to understand that he was maybe unful-filled by the silence of his own four walls. Judging from clues I picked up during our many talks, Steve was older than I was by at least three decades. He was a widower, and lived alone.

Around the first month of the next year, he stopped calling. I remember the last time we talked. Steve was on the hunt for a version of Band on the Run, and we talked for a while about McCartney, and grief, and loss. And then he was gone. He didn’t call one week, and then the week turned into a month, and then another month, and then I slouched away from that job and sat in my lonely apartment for a few months, surrounded by my records.

I’ve been thinking about this thing that’s been happening to me while I’ve been on my book tour, reading from and talking about a book that deals strictly with hip-hop. This thing where people, often white and often older, jump into the Q&A and try to stump me with their music knowledge, asking me about musicians they believe to be obscure. Or they will tire of the dialogue around hip-hop that I’m having with the audience and insert a question about some beloved rock band, thinking that I might not have the range to engage. Like all things that can be considered microaggressions, this act is entirely transparent to those subjected to it, and not as clever as the people engaging in the behavior think it is. I don’t really mind this, and have gotten very accustomed to being able to pick out the (many) genuine, good-faith inquiries among the few bad-faith ones.

But I’ve been thinking about that year in my twenties, when I sat in a bookstore’s CD section and talked to a man old enough to be my father about the music we both loved. I have been thinking about Steve, who knew I was young but talked to me with the assumption that I knew and understood music. And not just on the surface—all of the under-the-hood elements of it. I learned to be a critic from people like Steve, who chose to meet me where I was and talk to me about a shared passion. I’m so much more interested in that than I am in wielding information like a weapon. There was a real generosity in our talks that shaped how I talk to people about the things I love. An excitement, rooted in a desire to complete a bridge to each other.

I don’t know what happened to Steve, and I have spent years trying not to think the worst. It was kind of a foolish exercise on its face, two strangers spending time on the phone for what must have amounted to tens of hours. I grew up talking music with strangers in chat rooms during the evolution of the internet, but I suppose the phone removes yet another barrier. Maybe Steve just got his fill. Maybe his particular desire for another voice found a new home. But I think of him sometimes. Still living, I hope, streaming songs like the rest of us, with piles of CDs in an old box. Eventually, everything gets swallowed in the name of something else surviving. 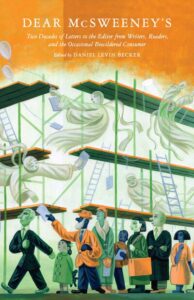 Excerpted from Dear McSweeney’s: Two Decades of Letters to the Editor from Writers, Readers, and the Occasional Bewildered Consumer, edited by Daniel Levin Becker and available via McSweneey’s.

Hanif Abdurraqib is a poet, essayist, and cultural critic from Columbus, Ohio. His poetry has been published in Muzzle, Vinyl, PEN American, and various other journals. His essays and music criticism have been published in The FADER, Pitchfork, The New Yorker, and The New York Times. His first full length poetry collection, The Crown Ain't Worth Much, was released in June 2016 from Button Poetry. It was named a finalist for the Eric Hoffer Book Prize, and was nominated for a Hurston-Wright Legacy Award. His first collection of essays, They Can't Kill Us Until They Kill Us, was released in winter 2017 by Two Dollar Radio and was named a book of the year by Buzzfeed, Esquire, NPR, Oprah Magazine, Paste, CBC, The Los Angeles Review, Pitchfork, and The Chicago Tribune, among others. He released Go Ahead In The Rain: Notes To A Tribe Called Quest with University of Texas press in February 2019. The book became a New York Times Bestseller, was a finalist for the Kirkus Prize, and was longlisted for the National Book Award. His second collection of poems, A Fortune For Your Disaster, was released in 2019 by Tin House, and won the 2020 Lenore Marshall Prize. In 2021, he released the book A Little Devil In America with Random House, which was a finalist for the National Book Award, the National Book Critics Circle Award, and the The PEN/Diamonstein-Spielvogel Award for the Art of the Essay. The book won the 2022 Andrew Carnegie Medal for Excellence in Nonfiction and the Gordon Burn Prize.

The Book of Magic 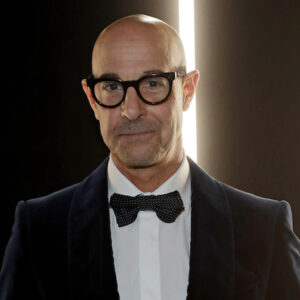 My maternal grandmother, Concetta, was one of the funniest and most generous people I’ve ever met. She was also an extraordinary...
© LitHub
Back to top
Loading Comments...