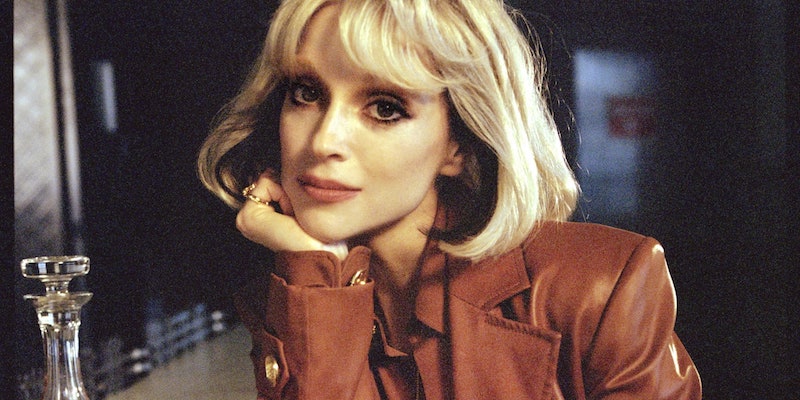 St. Vincent has a book recommendation for you.

St. Vincent, aka Annie Clark, is gearing up for a new album release in ten days, which—in classic St. Vincent form—means a completely reinvented sonic and visual palette via teasers and singles. Clark’s new album, Daddy’s Home, wears its ‘70’s influences on its sleeve, but oldies rock isn’t all Clark’s been inspired by. For The New York Times, Clark recommended some of the art and media occupying her mind over the past year—including Maggie Nelson’s The Art of Cruelty:

This is one of those books that I picked up six times and would get through a few pages and be like, “This is really brilliant,” but it felt impenetrable at first. Then I had this one weekend where the clouds parted, and I just could see it and plowed through it. It talks about the ethics of being an artist in a way that is so brilliant, and so not orthodox or finger wagging. I think it’s one of those books you can revisit at various points of your life.

Daddy’s Home addresses Clark’s father’s release from prison; a work interrogating the ethics of making art about the cruel, dark, and uncomfortable makes perfect sense for Clark. (And Lit Hub’s Emily Temple predicted Clark’s Nelson fandom years ago . . . who would have thought?) Among Clark’s other recommendations: “Hidden Brain” podcast, the Pina Bausch documentary, and Clark’s own STV Signature Series guitar. Go forth and peruse!