Spoiler Alerts: Any Story Worth Telling Doesn’t Need Them

On Misguided Spoiler Panic and Why We Should All Calm Down

It’s like that thing in When Harry Met Sally… where Harry says that he always reads the last page of a book before he starts it to make sure it’ll be worthwhile, and then later in the movie we actually see him do this, but as he does he gets a phone call from Sally, who asks him what he’s up to, to which he responds, “Just finishing a book.” The joke, obviously, is that he no more finished it than someone who only knows that Darth Vader is Luke Skywalker’s father has seen The Empire Strikes Back. Harry has learned the facts of the ending, but none of the context that might grant them meaning and emotional power. But if we’re to ponder for a moment the phrase spoiler alert, it seems as if being made aware of how a story concludes is in some way akin to having actually experienced said story. Unlike Harry, when such information doesn’t promote a narrative’s worth; instead, it destroys it.

A strange and pretty much unexpressed notion inherent in spoiler alert is that knowing how a story ends or a particular development of the plot automatically ruins the experience of watching the film or reading the book. To spoil in this context obviously means to damage or mar, but it originally comes from the Latin spolium, which referred to “plunder” or “skin stripped from an animal.” We’ve learned of the “spoils of war,” where the winning side in a war loots the defeated community’s goods—and its people, who then became slaves. Spoils, then, connote appropriations of undeserved wealth and power. Skin stripped from an animal actually works as a metaphor for itself as a word.

A spoiler is a form of unearned power—power over the author. As they’re trying to cultivate their ending, you the reader can sit there grinning, knowing as you do the result of the writer’s exhausting performance. Imagine watching a magician perform a complex illusion, replete with distracting tactics of smoke and superfluous gesticulation, carefully delivering just the right patter, only to discover upon the trick’s finale that the whole audience had been informed by someone just before the magician’s act exactly how the trick worked. How humiliating, in retrospect, for the magician, to realize that each bit of sleight-of-hand, each ham-fisted attempt at misdirection was transparent to everyone in the theater.

With the exception of maybe murder mysteries or any story that depends on the literal information of its ending as the primary narrative impulse, most spoilers don’t really spoil anything, do they? If they did, nobody would re-watch or re-read anything; once they’d learned how it concludes, why would they? The second time, by definition, would be spoiled for them. But we do—or, more precisely, we re-do; we’re a culture of repeat viewings, of Easter eggs and sly, insider allusions. We are, in other words, a society that expects to re-experience favorite novels and movies and TV shows, a bunch of Mark David Chapmans obsessively poring over The Catcher in the Rye. To be sure, people often say that there’s nothing like their first exposure to particular works of art, but then again people say that about their second, and third, and fiftieth times, too. Roger Ebert, who when he was alive watched Citizen Kane, frame-by-frame, every year at his Overlooked Film Festival, once wrote about how no matter how many viewings he’d gone through, there were still surprises to behold (in this case an audience member pointed out how a chair gets nudged, presumably by the camera operator, in an early scene in Kane’s childhood home).

And sometimes spoilers are necessary. Sometimes the only way for a writer to make an ending work is to straight-up tell you what’s going to happen right up front. Consider the prologue of Romeo and Juliet, the most famous spoiler of all time, in which the audience is immediately informed that “a pair of star-cross’d lovers take their life,” which totally ruins the whole thing, right? Of course not. In fact it was a brilliant strategy on the part of Shakespeare, for two reasons. First, because more than any of Shakespeare’s other plays, the conclusion of Romeo and Juliet is particularly heart-breaking, inasmuch as it is nearly avoided. Had audiences of The Globe been hit with such a sad fucking ending without any preparation, they might have been pissed. But by telling them up front, Shakespeare lessened the impact by making it seem inevitable, as the entire reason the story is being told. But also—and here’s the second reason—that despite the absolute certainty of their suicides, every time I see an adaptation of the play I root for their plan to work, for them to make it out alive, and when it doesn’t, it’s as if the tragedy were renewed by my sudden refusal to acknowledge what I know to be true. It puts the emotional onus on me—I’m the one hoping against hope even though the author warned me not to, so I don’t blame him for it, even though it’s completely his fault because the dude did it on purpose. Instead, I blame what the play blames: the world’s gross unfairness—which is the point, really, of all great literature, is it not?

Paul Murray’s brilliant novel Skippy Dies contains a gigantic spoiler in its title, so if someone picks up the book and opens its cover, they’re fully aware of what they’re getting into. Good thing, too, because Skippy is one of the most likably relatable characters you’ll ever come across in fiction. His death—established from the first page—is so tragically unjust that a prologue like Romeo and Juliet’s isn’t enough; the information had to come before then. Murray accomplished this with his title, which has the additional benefit of running along the top of every page, reminding you again and again of Skippy’s fate, easing you unremittingly towards its morose finale.

The convention of opening a novel with its ending is usually a device for suspense, because the author rarely unveils the entire ending but rather the ending’s beginning, the penultimate chapter, so that some mystery remains as to a) how the characters eventually arrive there (especially since the technique often creates a large disparity between the suggestive denouement and the first sentences, and b) what will happen once they do? These aren’t quite spoilers—they’re more like, to borrow Normal Mailer’s phrase, advertisements for themselves. Promises, maybe, that soon the story will lose its narrative shit and go, to varying degrees, off the rails.

But I’m talking about knowing not everything about a story’s finish but rather the most important detail, the piece of information you would use to summarize it. Like the title of David Wong’s comic odyssey John Dies at the End, which plays on the kind of phrasing we use when expressing such summaries. Wong’s irreverent title undercuts the severity of the event by spoiling it before you even get a chance to start it. Whereas in a work like The Death of Ivan Ilych, which literally doesn’t happen until the final sentence, the title functions as more of an announcement of intention, that this work is a philosophical investigation of a life made poignant by its foretold death.

There is a trend developing here, you’ll notice. The examples above, carefully and deliberately, prepare the reader for the demise of a character, usually the protagonist/s. For the most part people prefer happy endings to bleak ones, and a character’s death can seem like an unfair (ab)use of authorial control. But why would death—such a large, looming, and universal fact—be viewed as a kind of artistic betrayal, or somehow an act of cruelty on the part of the creator? How can we expect art to reflect life if it fails to consider that great universal, death?

One may as well leave love out of art, too—although here’s another situation for which storytellers often prepare their audience. After the famous opening monologue about “key” jokes in Woody Allen’s Annie Hall, Alvy says, “Annie and I broke up.” The film—which proceeds to jump around erratically in time, partly because the original script for the film, titled Anhedonia, was much longer and focused primarily on Alvy; only after attempting to edit the unruly footage (which included a murder mystery plot and numerous abandoned dream sequences) into a cohesive movie did Allen realize that the sections with Annie worked the best—renders Alvy’s statement ambiguous, coming as it does in a detached, fourth wall-breaking speech, so it’s only when Alvy and Annie don’t end up together that we realize we knew what was coming all along. Or maybe: that we should have known they wouldn’t stay together—sort of how we think about things after our own break-ups…

Spoilers are about the what; great stories interest themselves in the hows and the whys. Ultimately, this isn’t about stopping people from appending “spoiler alert” to their articles or posts or whatever. I understand the reticence with which we discuss novels and movies and TV shows—but I also know that the best stories, the great ones, are spoiler-proof. You can be privy to however much information about the plot as you like, and the great stories will still work. They can still make you cry or jump or laugh—but they are not jokes, or magic tricks. They aren’t organized around a punchline or a reveal. The alchemy of the finest stories lies in their wholeness, an infinitesimally plaited nexus of particulars interplaying with the amalgam, the back and forth between what is happening, how it’s happening, and why it matters. The only real way for someone to “spoil” a wonderful story is to tell it to you, in full, exactly as the writer has. And even then you still might enjoy a second time through, or a third, or a hundredth. As a participant in a story, the most practical thing to do is ignore what you “know” and let the narrative plunder you for all your spoils, strip your skin off your bones, and let it, in every way it can, spoil you rotten.

What Do Your Reading Habits Reveal About Your Personality? 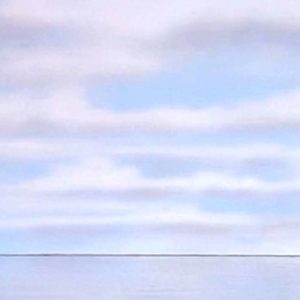 It is very likely that never in human history have there been as many treatises, essays, theories and analyses focused on culture...
© LitHub
Back to top