From The Lesser Histories, Translated by Justin Quinn

Translated from the Czech by Justin Quinn

Alone. At sea. It seemed to lie on
the waters like a dream that drew you,
an island that was called Jan Mayen.
Europe and war meant nothing to you.

You loved it, wandering up the steps.
White peas go clattering in the bath.
Then Germans from the Eastern steppes –
two lines along the muddy path.

And in the kitchen Georgian girls
horsed round and whipped up ice-cream curls.
The dead draped on a van, a car.

Jan Mayen Island gradually
went floating off, lost in the sea,
and lost among these days of war.

*
Justin Quinn is an Irish writer, scholar, and translator who has lived in Prague since 1992. He teaches at the University of West Bohemia and is the author of several studies of twentieth-century poetry, most recently Between Two Fires: Transnationalism and Cold War Poetry. His latest collection of poetry, Shallow Seas, was published in 2020 by The Gallery Press. 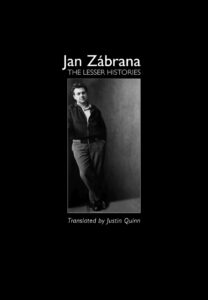 From The Lesser Histories by Jan Zábrana, translated by Justin Quinn, published by Karolinum Press and distributed by the University of Chicago Press.

Jan Zábrana (1931–1984) was a Czech writer and translator. A talented student, both Zábrana’s mother and father were imprisoned for political reasons by the Communist regime. When his father was arrested, Zábrana was expelled from Charles University and worked as a manual laborer before devoting himself to translating English and Russian literature. Today he is just as well-known for his own writing, both poetry and prose, the bulk of which could only be published after the fall of Communism.
Share:

How to Pick an American President? Making the Most Consequential Decision in the World

Considering Philip Pullman in Relation to Milton and C.S. Lewis 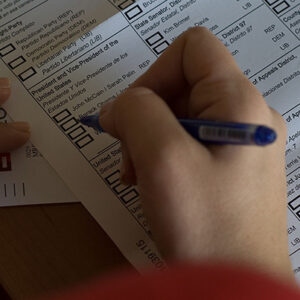 How to Pick an American President? Making the Most Consequential Decision in the World Hosted by Andrew Keen, Keen On features conversations with some of the world’s leading thinkers and writers about the economic,...
© LitHub
Back to top
Loading Comments...