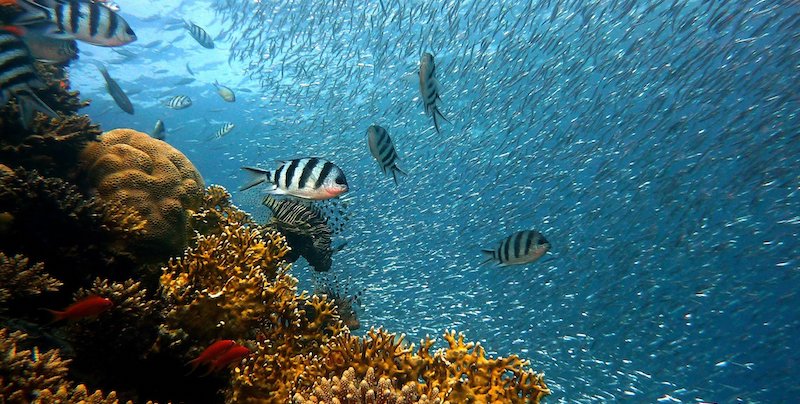 Soon there might be a new global library—of the sounds fish make.

Last year, we wrote about a koala library: a repository of genome data, not a repository of koalas curled up reading books, alas, but still incredibly useful. The open-access data will help researchers compare and understand the diversity of the species. Now, a similarly global library, of a somewhat different nature, is being proposed: this month in Frontiers in Ecology and Evolution, scientists published a proposal for a global library of underwater biological sounds. And yes—Global Library of Underwater Biological Sounds is abbreviated to GLUBS.

Why? Well, the sounds of differing animals—from the growls of tropical reef fish to the “thwop” of a humpback to the “boing” of a minke whale—tell scientists useful information about what animals are present in varying ecosystems, as well as how they communicate. A library of aquatic sounds will allow scientists to, among other things, compare the soundscapes of different aquatic communities, document the distribution and migration patterns of marine animals, characterize marine life responses to changes in environment, and observe how human-caused ocean noise pollution affects aquatic life communication. In addition, some fish seem to develop regional “dialects,” which can be tracked via a global sound library.

This wouldn’t be the first animal sound library—but most existing undersea sound libraries focus on particular species of interest and particular geographic regions. “A global reference library of underwater biological sounds would increase the ability for more researchers in more locations to broaden the number of species assessed within their datasets and to identify sounds they personally do not recognize,” the paper says. “A global database could serve broader questions, like determining universal trends in underwater sound production, while individual, specialized repositories could continue to inform and detail other topics, such as documenting the presence of soniferous species in a particular region.”

In addition, a global library could let citizens upload fish sounds for the benefit of scientists everywhere. ““Finally, public interest and access to user applications means citizen scientists can drive widespread knowledge sharing,” wrote the scientists in a statement. “Now is the time to facilitate that progress by gathering the acoustic, ecological, and bioinformatic community together to realize an aquatic-sounds sharing platform.” Glub! Boing! Thwop!